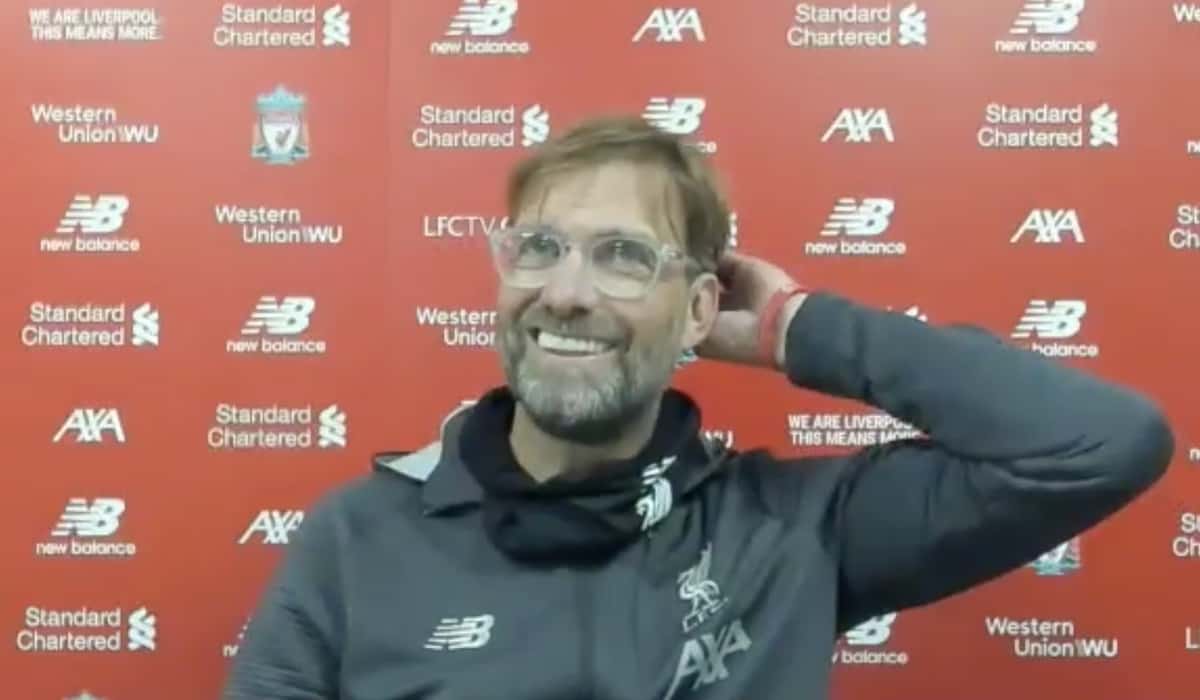 Jurgen Klopp was pleased with his side’s ability to adapt to the conditions in their 2-0 win against what was a “really difficult” Aston Villa outfit.

It was far from a trademark performance from Liverpool on Sunday, with the intensity and clinical edge absent for much of proceedings.

With the Premier League title already secured, the Reds’ next aim is to keep the records tumbling – the biggest of which is surpassing Man City‘s record of 100 points.

Sadio Mane and Curtis Jones netted late to edge the Reds one step closer to their goal, with 11 points required to match City’s efforts and 12 to surpass them with six games remaining.

And it is what dominates much of the discussion in the build-up to games and after the final whistle, and Klopp insists it does not dominate much of his thinking – rather any subsequent records secured this season will simply be a by-product of winning games.

“We didn’t come here and have the numbers because we thought about breaking records, we were always focused 100 percent on the game. That will not change,” the boss told reporters post-match.

“In the end, whenever in the future, any of these records will end, then I can start thinking about it. I don’t even know the numbers. I know we have 89 points because we had 86 before the game. But it’s just not a big thing. If we can do something special, it’s great.

“The boys know it. It’s easy if we want to have the record points we pretty much have to win all the football games, not that complicated and I don’t have to mention it.

“These boys are really fighting for these three points in a really difficult game.

“Aston Villa did really well. Everybody will be really happy I mentioned it but the wind made it really tricky. I see a few of you [reporters] sitting in the stands in winter coats.

“It drives the pitch crazy and if you have the ball and want to play it’s better if you are not the dominant team in this situation.

“But I liked how we stayed in the game, how we tried to find solutions, how the boys listened at half-time and the drink breaks – we tried to adapt and I saw the improvement on the pitch.

“And fresh players made it easier in an intense period.”

Klopp also touched on his delight for Curtis Jones, how no penalty was awarded in favour of Mohamed Salah and ongoing links to Bayern Munich’s Thiago Alcantara.

Liverpool will now have another three day turn around, with Brighton next up on the fixture list on Wednesday evening.