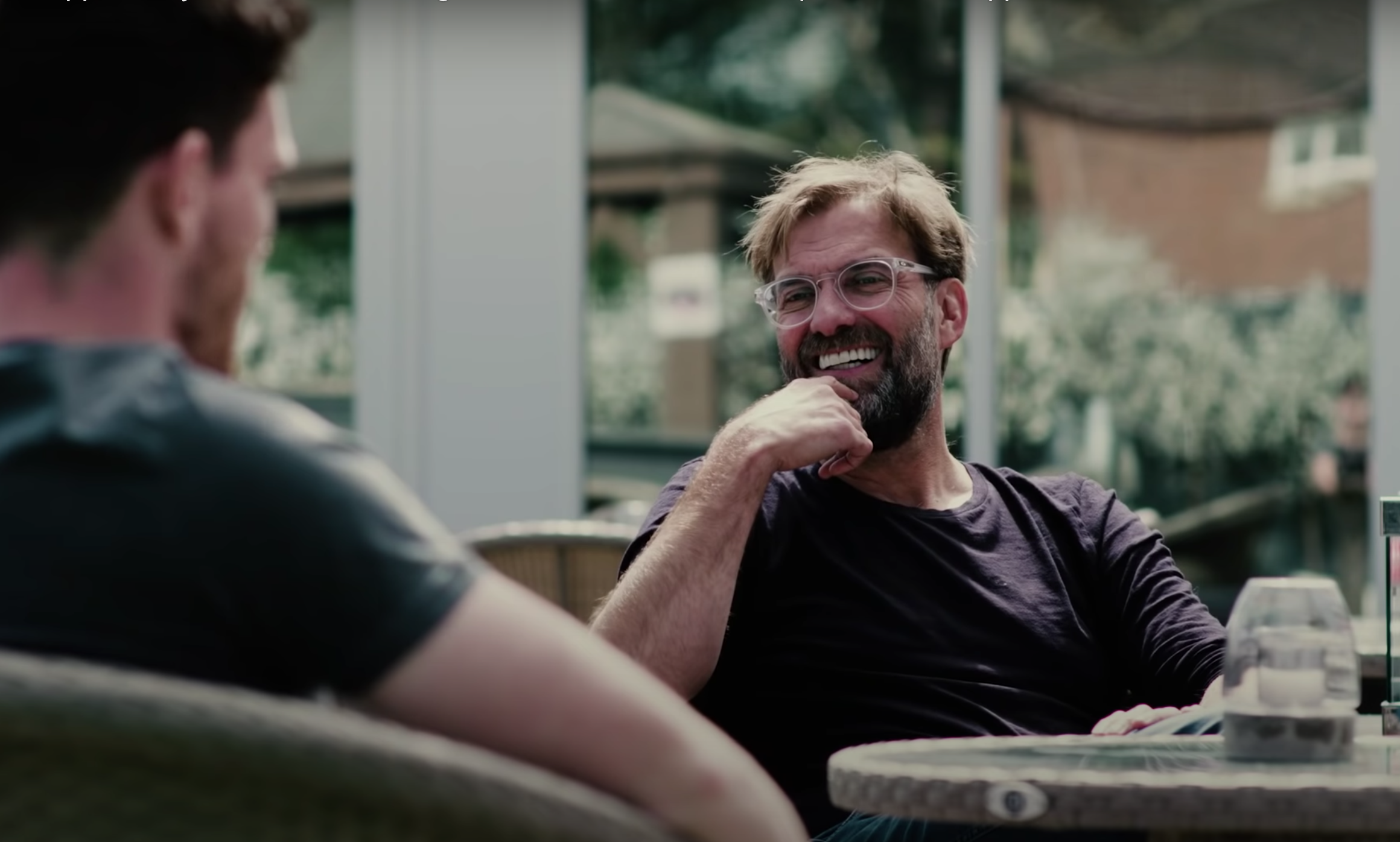 Jurgen Klopp and Andy Robertson opened up in a candid conversation on mental health, discussing setbacks and talking and opening up to others.

The duo have experienced the highest of highs with Liverpool over the last two seasons having become champions of Europe, the world and England.

And while on the surface they may appear to have the perfect life on and off the field, like anyone else they have faced their own mental battles both professionally and personally.

It does not discriminate and comes in a myriad of forms and with the stigma pertaining to mental health continuing to be challenged, the boss and Robbo opened up as part of the Duke of Cambridge’s Heads Up campaign.

The Scot opens up on feeling “like your world ends” when he was let go by Celtic as a 15-year-old and one of the biggest supporters in his aunt, who sadly passed away before he made the move to England.

“My auntie came up to the house and she said to my mum and dad, ‘He’ll make it as a footballer,’ and that’s something that’s always stayed with me,” Robertson said.

“She was one who always believed I was something special when probably nobody believed it when I was younger. That’s something that does bug me a little bit: that she’s not seen me lifting the Champions League, lifting the Premier League.”

And it was an experience Klopp resonated with as his father passed just four months before he became a manager at Mainz in 2001.

“My dad never saw me as a manager,” Klopp recalled. “He died four months before I became a manager. The thing is, my father was a natural coach as well. So if you would’ve asked him, he would’ve said, ‘You have to become a coach.’

“We never spoke about it but he pushed me through my career pretty much with some really harsh criticism. But now my real career he never saw. That’s hard, to be honest, from time to time.

“What makes it especially strange is I’m now 53 and if I sit at a specific angle and look in the mirror I’m scared to death because I look exactly like my father. I never looked like my father, all my life I looked like my mother. All of a sudden I look and think: that’s my dad.”

Sharing their stories and their vulnerabilities, Robbo and Klopp both stressed how talking and opening up has helped in their own lives, with the former touching on how life as a professional is when he started to struggle the most.

“When I was at Hull and I was on my own, everybody thought, ‘he’s a Premier League footballer, he’s playing for Hull, he’s getting a good wage’. So then people would stop asking, ‘how are you?’ They’d start asking, ‘can we get tickets?’

“I think in the last year or two since we’ve had kids that I’ve started to open up more, even on small things.

“I used to be one that blocked everything up and thought my problems are my problems and then I took everyone else’s problems on board but now I feel so much better. I wish I had done it earlier.”

For Klopp, who has helped foster an environment which shares the load at Melwood, talking about a problem, big or small, is key.

“The general group we created at Melwood, we have a high level of expectation but we all feel it’s not about me alone to fulfil them, we do it together,” the boss added.

“It helps if you don’t feel all the burden on your own shoulders. I think there is no problem big enough or small enough that you cannot talk about it.

“Life is a challenge for all of us, constantly. It starts with getting up in the morning, for some it’s easier and for others, it’s not.

“My advice would be to talk and don’t be embarrassed about your own situation because you will be surprised by how many people have the same problem.”

The following may be able to provide help and advice if you are struggling with your mental health.

In the UK the Samaritans can be contacted 24 hours a day on 116 123 or you can find tips on how to start a difficult conversation here.

In the US, the National Suicide Prevention Lifeline is 1-800-273-8255. Other international suicide helplines can be found at www.befrienders.org.