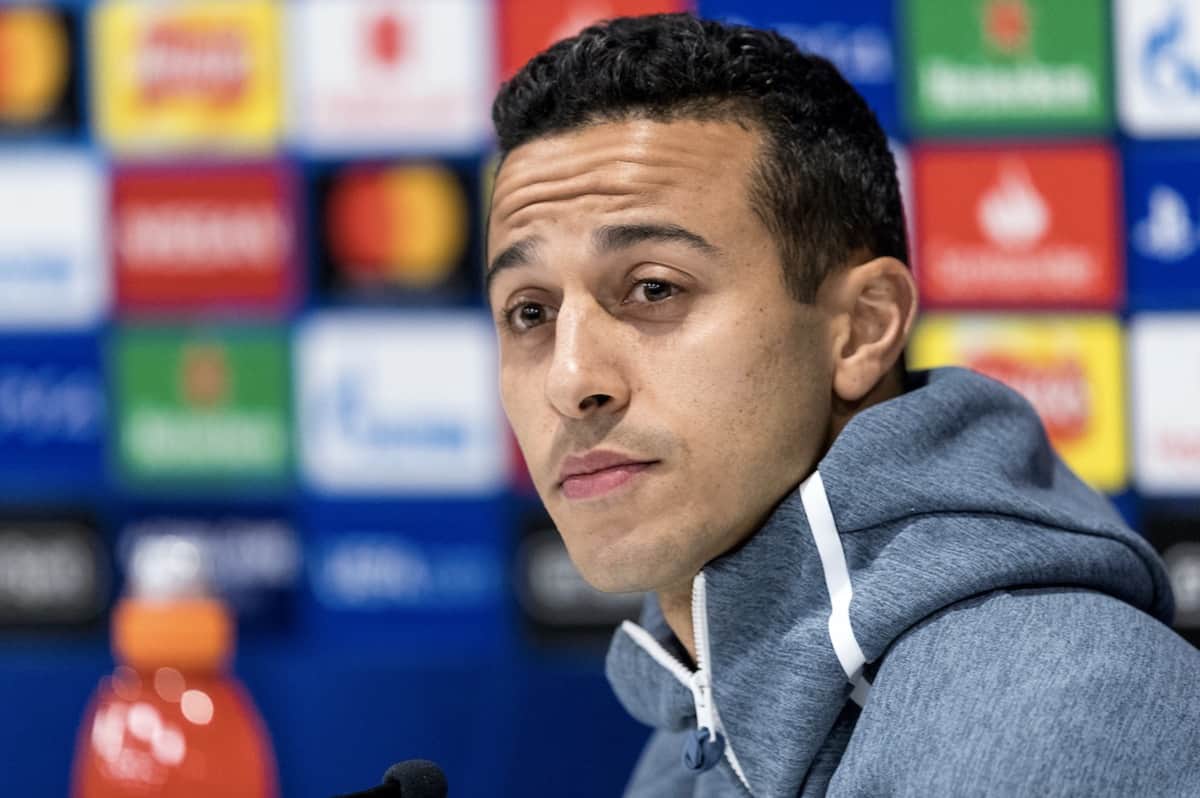 Bayern Munich are said to be “bracing themselves” for an offer from Liverpool for Thiago Alcantara, with the Reds’ slow process potentially “part of their strategy.”

Liverpool have been continually linked with a move for the Spanish midfielder, and most recently it was claimed that Bayern had now dropped their asking price to £27.2 million.

With the transfer window now open, the Reds will be assessing their finances and planning possible moves in an uncertain market, with the new campaign due to begin on August 29 with the Community Shield.

The quiet over a rumoured move for Thiago has led to concern among supporters, and it is still unclear whether there is concrete interest from the Reds.

But speaking on Sky Sports’ Transfer Talk podcast, German journalist Rafa Honigstein assessed the situation and suggested it could be “part of their strategy” to draw the 29-year-old out of Munich for a lower fee.

"Bayern are now resigned to him leaving."

“Bayern have put a contract on the table, they thought he’d agreed, he changed his mind and at that moment, of course, the club are thinking ‘OK, he’s got a deal with someone else’,” he explained.

“But that someone else has yet to reveal their hand. There has been no firm offer from anyone.

“I think Bayern are bracing themselves for Liverpool, because that’s the club he has been linked with and that’s the rumour in the dressing room, that he’s been talking about Liverpool.

“But we haven’t seen any offer from Liverpool coming in.

“Liverpool themselves have, of course, distanced themselves repeatedly from making a move for Thiago.

“Again, that could just be, at this moment in time, part of their strategy.

“But I think Bayern are now more or less resigned to him leaving, which I think is a big blow for them.”

Honigstein continued to explain why he feels losing Thiago will be a “big blow” for Bayern, which in turn went to some extent to prove why he would be an excellent addition for Liverpool.

“He’s been running their game until very recently, and is an absolute key player in my mind,” he said.

“It’s going to be very, very difficult to find somebody who is like Thiago, who is so unique in his technical ability.

“It’s a blow for Bayern and it’s something that they really didn’t expect, and they are very sad, I think.”

It still remains to be seen if Liverpool will pursue a deal for Thiago, but from an outside perspective it seems like a no-brainer signing, particularly for under £30 million.

The lack of advances from elsewhere, along with claims the midfielder has already agreed personal terms with the Reds, suggests there could be more to this than meets the eye.