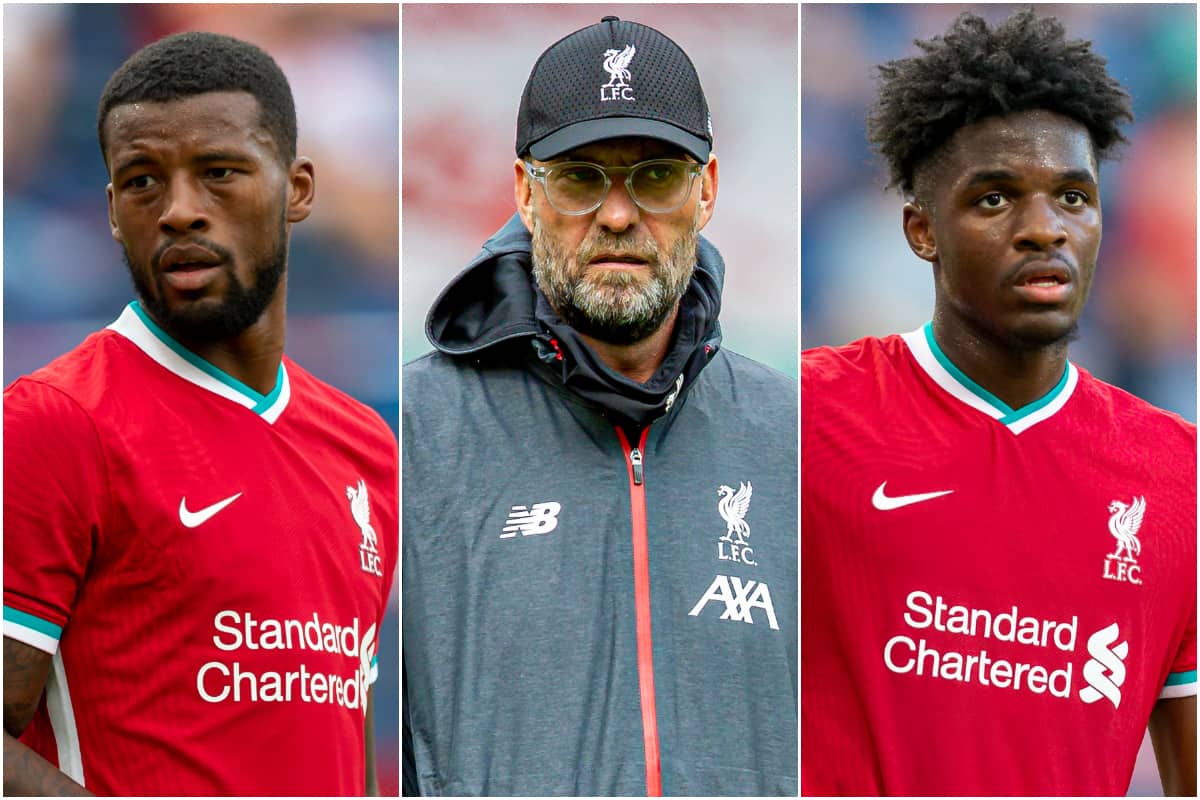 Due to the upcoming international break it has been a relatively quiet news day at Anfield, but that has not stopped speculation over Liverpool and the transfer market.

Gini and Liverpool had “significant difference” in talks

Gini Wijnaldum is one of the most frequently mentioned names when it comes to ins and outs at Anfield this summer, with Barcelona interested after he entered the final year of his contract.

The Dutchman had been deemed indispensable, but now no extension is expected, and his departure could even come before his deal expires in 2021.

It seems as though the club’s decision was informed by Wijnaldum’s wage demands, with ESPN‘s Mark Ogden claiming there was a “significant difference” in the salary the player was looking for and that which the club was willing to pay.

Wijnaldum turns 30 in November, and his next contract is likely to be his last big one, so there is no surprise he is looking for a major increase in his earnings.

But unfortunately for him, Liverpool are seemingly in no position to pay him.

Liverpool will begin their Premier League campaign by taking on newly promoted Leeds at Anfield, but that is not set to be their next game at home.

Instead, the club are in talks over a final pre-season friendly at the stadium, held while 12 first-team players are away on international duty, as preparations for a strange 2020/21 are finalised.

It remains to be seen who the Reds will take on, or the exact date, but it could give Klopp the opportunity to fine-tune his plans for the new season, and perhaps even make a decision on a host of fringe players.

Whoever serves as the opposition will come up against a weakened defence, with Virgil van Dijk, Joe Gomez, Trent Alexander-Arnold and Andy Robertson among those absent due to the UEFA Nations League.

A look to the future

Sadio Mane has been the subject of speculation over a €120 million move to Barcelona over the weekend, and here we’ve explained why that is complete nonsense.

Good morning all. Great to wake up to so many nice messages about the brilliantly done Liverpool’s 30 year wait BBC documentary last night. I really appreciate everyone’s kind words. Working for and Managing @LFC was the proudest moment of my life. I’d have liked to have made..

The 30 year gap a lot shorter of course but like others fell just short. I was lucky enough to work with some wonderful players and I can’t thank them enough. I couldn’t be happier for Jurgen and the current team that we’ve finally ended the long wait for a league title. YNWA

Outside of the Premier League bubble, Matt Slater and Simon Hughes delved into the aftermath of Bolton Wanderers’ revival, for The Athletic.

Not much, but Fenerbahce are taking on Antalysapor in a pre-season friendly at 7pm (BST) if you’re completely at a loss.

If not, catch up with the BBC’s ‘Liverpool FC: The 30-Year Wait’ documentary on iPlayer.