Jurgen Klopp has been named the Premier League manager of the season for 2019/20 after guiding Liverpool to their first league title in 30 years.

Less than five years after making his way into Anfield for the first time and declaring “if we sit here in four years I think we win a title,” the mission has been more successful than even he could have imagined.

After finishing the 2018/19 campaign as runners-up by just a single point, the Reds would clinch the European Cup and then do one better in the Premier League next time out, steamrolling the opposition to secure the title by an 18-point margin.

It was a 38-game campaign which will forever be etched into the history books, with a 99-point season seeing the Reds pick up an incredible 32 wins – of which the first 27 came in succession.

Not to mention an undefeated home campaign which returned 55 points from a possible 57, with the Reds unbeaten streak at Anfield now having stretched to 59 games.

Earlier this month, Klopp was also named the League Manager’s Association Manager of the Year (pictured below with the award). 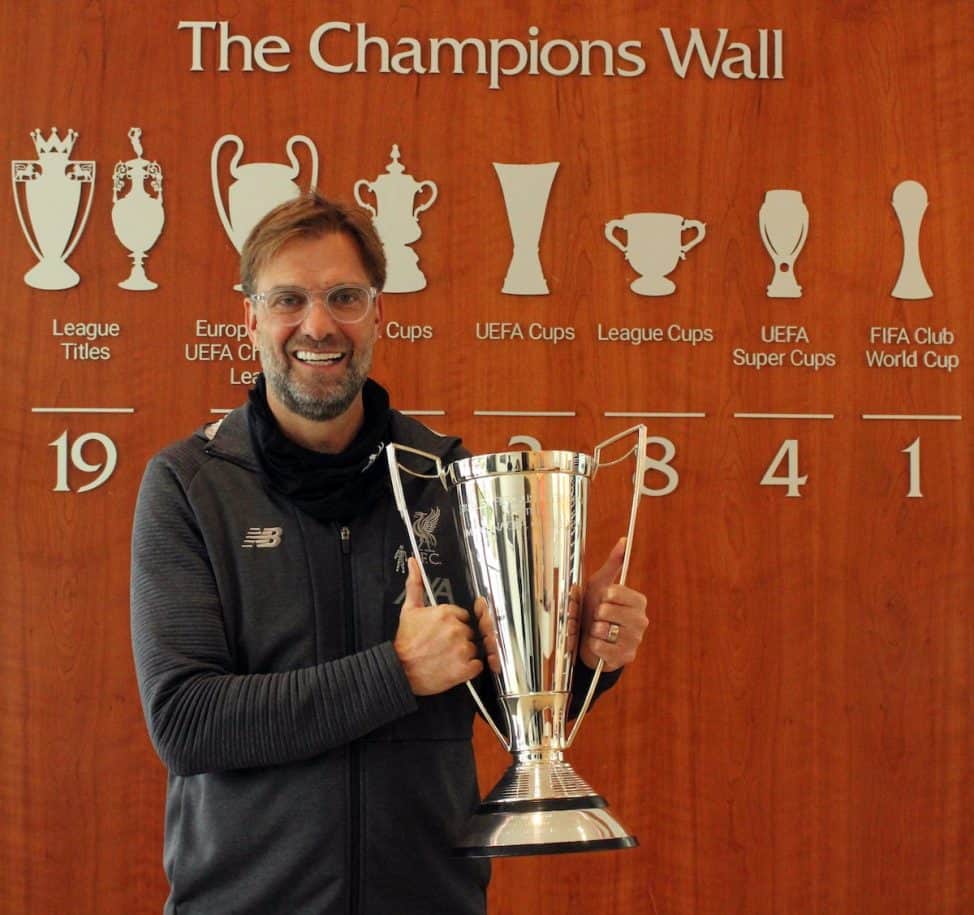 Klopp’s crowning moment should not come as a surprise considering the fact that Liverpool wrapped up the title with seven games to spare, an all-time record in the English top-flight.

And the German fought off the likes of Chris Wilder (Sheffield United), Brendan Rodgers (Leicester) and Frank Lampard (Chelsea) for the honour.

It has been a trophy-laden year for the Reds, with the boss picking up the latest in a string of honours which has come the way of his team, with Trent Alexander-Arnold crowned Premier League Young Player of the Season and Jordan Henderson named FWA Footballer of the Year.