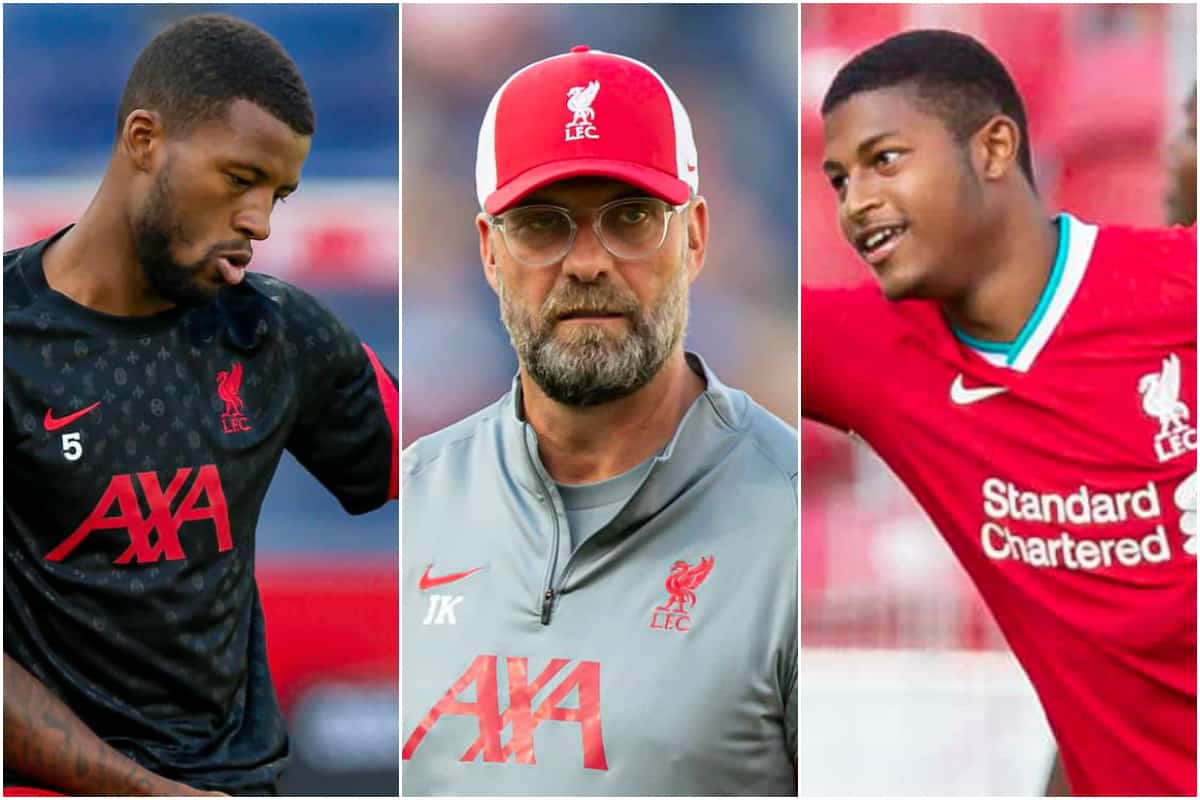 Liverpool’s transfer rumours continue on Wednesday, with talk of Wijnaldum’s exit, Thiago interest and more as we head toward the Community Shield.

If Thiago is to join, someone else has to leave. Maybe more than one someone. Marko Grujic seems a probable departure, but Gini Wijnaldum is also a possibility, according to some.

Now Chris Bascombe of the Telegraph reports that Wijnaldum, whose deal runs out in a year, won’t be offered a new contract to stay beyond 2021 – and so could be allowed to depart to make room for the Bayern man.

That is clarified somewhat by suggesting there’s no imminent departure for the No. 5, but also no definitive stance that a bid would be rejected out of hand.

Clearly, the midfield conundrum still has a way to run this summer.

Shall we get excited yet? Asked about Liverpool’s rumoured interest in Bayern Munich midfielder Thiago Alcantara, Jurgen Klopp could have done what he has done many times before.

A shake of the head, a rueful grin, a firm ‘no’ about a supposedly linked player. On occasions it’s an appreciative variation of “he’s good, but he’s not for us.”

Not so on this occasion, when ServusTV asked about the Spanish playmaker, instead offering a laugh and a non-committal reply.

“There are a lot of interesting players out there, but if someone is interesting for us I can´t say right now. Due to Covid you have to think five times about what you can and what you can´t do.

“We always have to pay attention to the financial aspect. We don´t know how much money will come in. Nobody knows but it seems like some other teams have a more positive outlook on the future. If you take a look at Chelsea, for example, yeah!

“But I am very happy with my team right now. If something transfer-related will happen we have to see.” 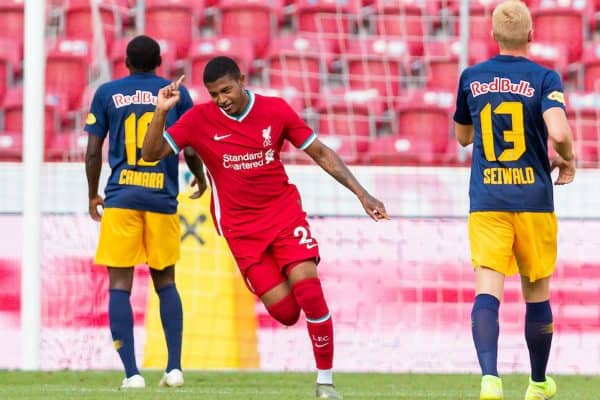 Three goals in two games is a good way to get yourself noticed in a shortened pre-season, but what’s next for our young striker? 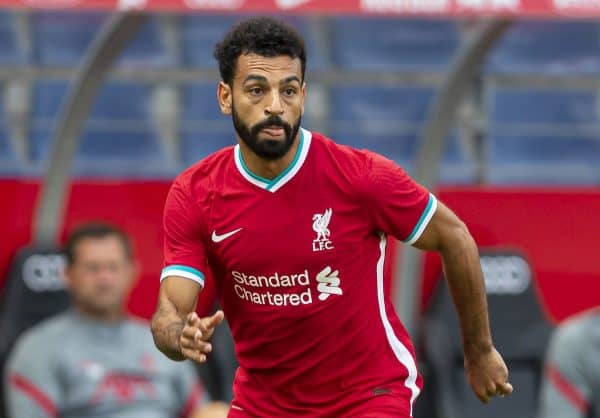 Stupid incident of the day

The entire Harry Maguire fiasco, and we’re still not sure who is most to blame.

We all miss Daniel Agger.

LaLiga journalist Andy West details the Messi fallout and looks at what comes next, for BBC Sport.

And the Athletic have a lovely look back at Liverpool inflicting enormous “trauma” on Barcelona with the 4-0 Anfield comeback.

For all you Champions League diehards and historical football buffs, Celtic vs Ferencvaros is the perfect crossover combination. 7:45pm on Premier Sports 1.