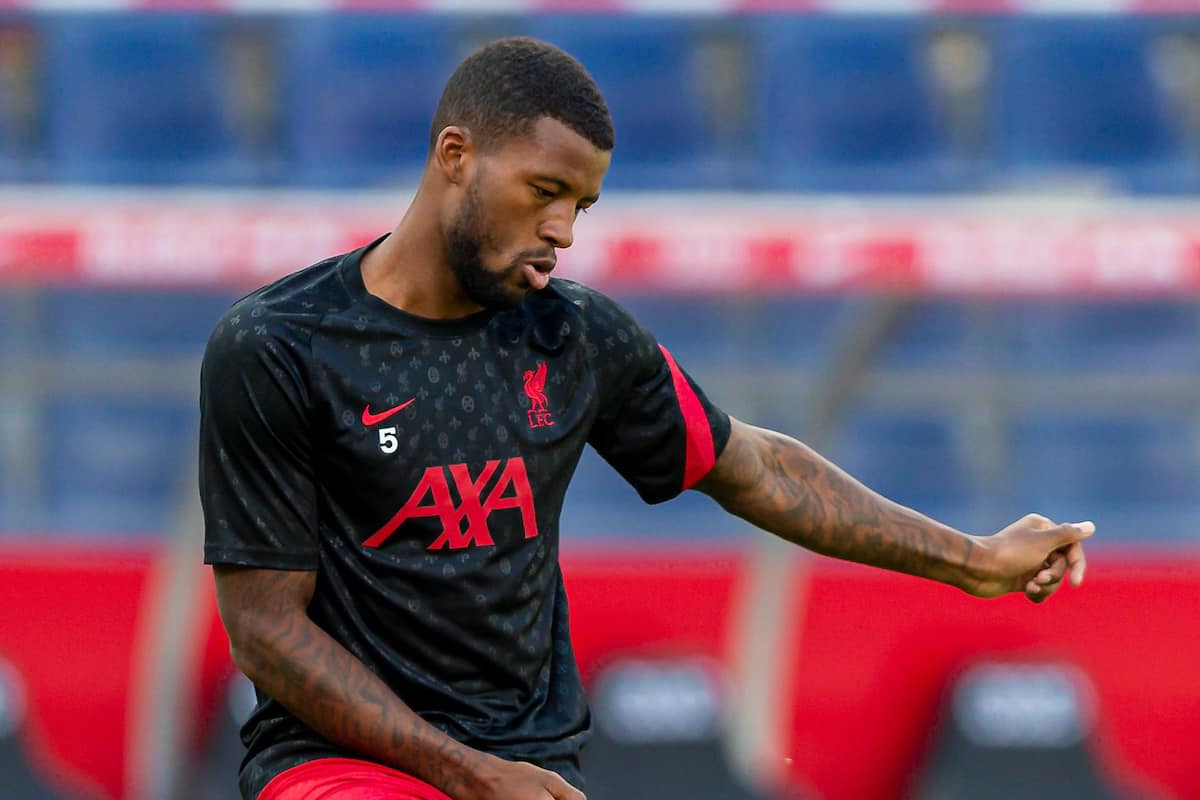 Liverpool “may sacrifice” Gini Wijnaldum for Thiago with the midfielder not expected to be offered another contract beyond the 2020/21 season.

The summer has been rife with speculation over the future of Liverpool’s No. 5 as he enters the final year of his deal, especially considering the ties to Bayern Munich’s Thiago.

Wijnaldum remains the only Red whose contract at Anfield is set to end in 2021, and despite his importance to Jurgen Klopp‘s side having played 186 out of a possible 213 games since his arrival in the summer of 2016, he will be free to sign a pre-contract agreement elsewhere in January.

It will enable him to leave on a free transfer next summer, as the Telegraph‘s Chris Bascombe reports that “as it stands” he “will not be offered another” contract with Liverpool.

He does, however, state that there is “no indication from Liverpool that Wijnaldum’s Anfield days are over yet” but that “there is nothing to suggest a significant bid for him would be given short shrift.”

With a myriad of reports recognising Liverpool’s interest in Thiago on the caveat that outgoings are first required, Wijnaldum’s name is the one which rears its head as the sacrificial lamb.

The appointment of Ronald Koeman at Barcelona has furthered that notion, but currently, all signs point to Wijnaldum playing out the final year of his deal as the Reds look to retain their title.

But as Bascombe points out, his departure will see a midfielder of “equal or greater quality” required for 2021 and adding a player of Thiago‘s ilk will be key to continuing to move forward as rivals look to make up ground.

While his report is free of direct acknowledgement of Liverpool’s active involvement in pushing through a move Thiago, unlike claims from Germany, he does state that the club “may sacrifice” Wijnaldum for the Spaniard.

It will no doubt be an ever-evolving story considering the transfer window does not close until October 5.

Meanwhile, on the other side of the story in regards to links to Thiago, chief reporter for German outlet Bild, Tobi Altschaff has claimed that “the Liverpool transfer-offensive is expected in the coming days.”

The Spaniard’s contract with Bayern expires in 2021 and while the Reds have been credited with “significant interest,” the sticking point is likely to remain both the asking price (£27 million) and the need to offload squad players.