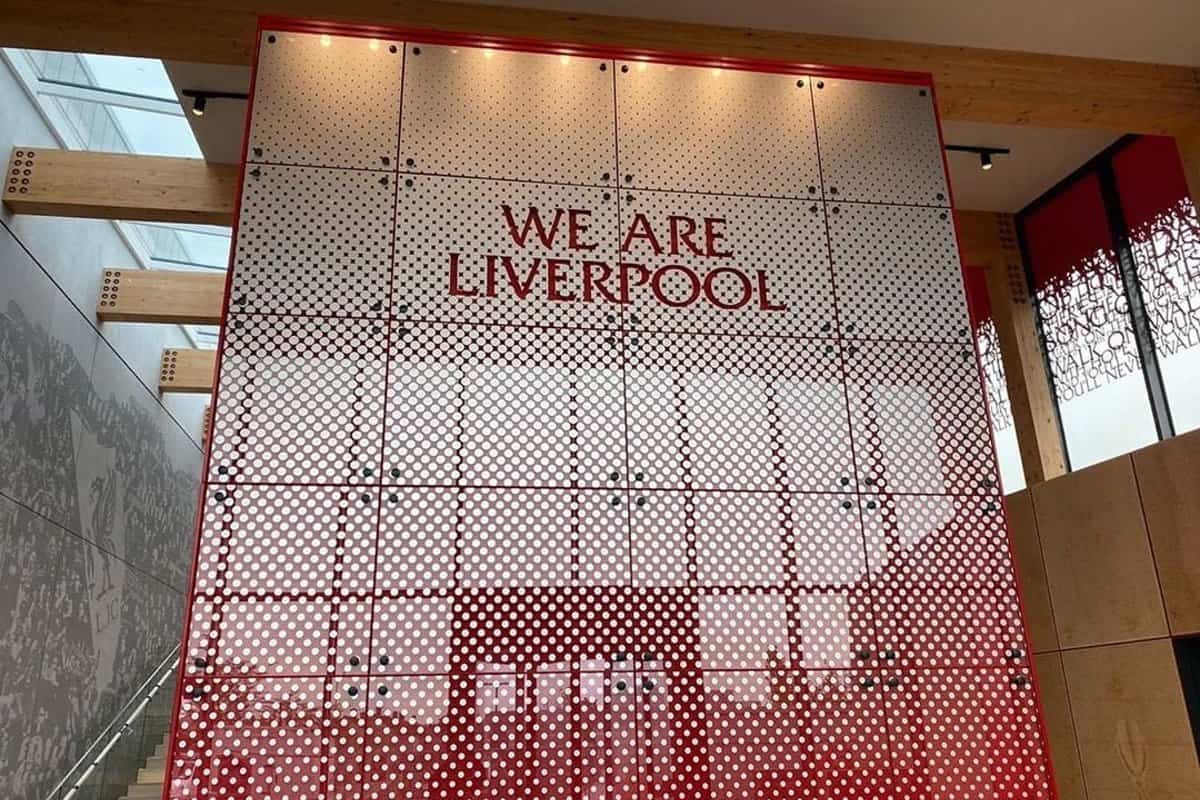 Work on Liverpool’s new training facility at Kirkby is moving along swiftly, and new images of the £50 million redevelopment go behind the scenes.

The Reds have delayed their move to their new training ground until later in the season, having initially planned to make the switch from Melwood to Kirkby for pre-season.

With Jurgen Klopp and his side facing a shortened preparation for the 2020/21 campaign, including a possible trip to Evian for a training camp, the decision was made to stay at their current facility.

That has allowed work to continue at Kirkby unimpeded, with Prescot-based firm BDS UK contracted to oversee work on the interior.

The company has now shared a host of images from inside the facility on Instagram, including a huge ‘We Are Liverpool’ mural on entry.

There are high ceilings and wooden beams throughout, with the club opting for a tasteful, modern look to the training ground, which came at a £50 million investment from owners Fenway Sports Group. 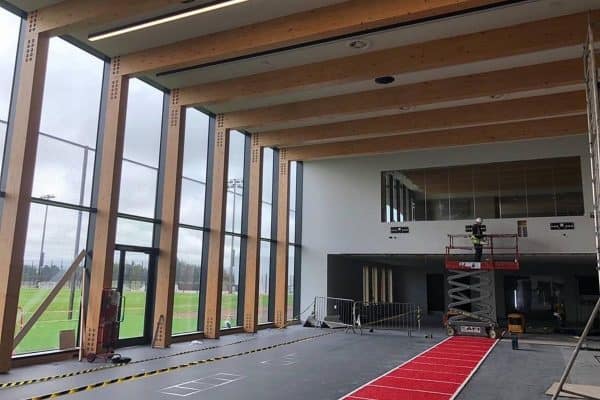 BDS UK also provided a photo of one of the changing rooms, and an interior walkway with the lyrics to You’ll Never Walk Alone embossed on the windows, which will face out onto the pitches. 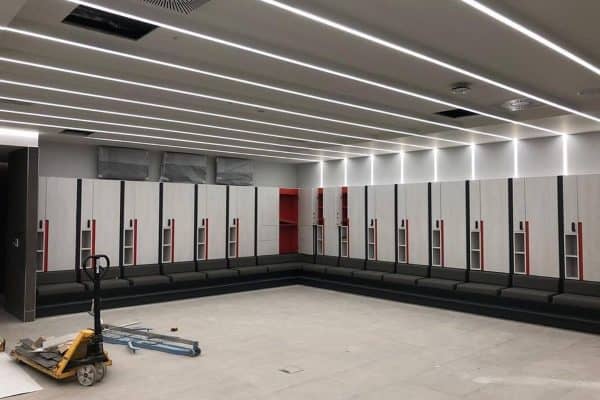 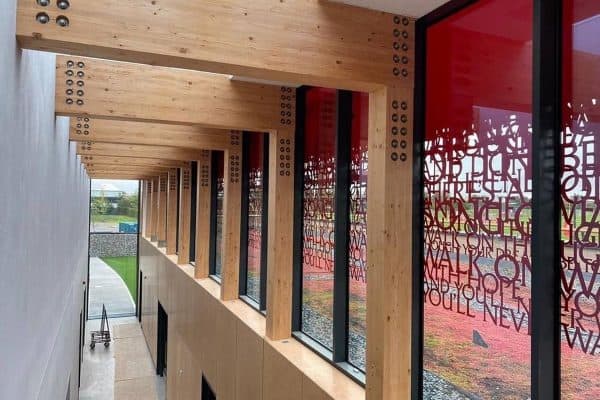 These images are very similar to mockups issued by the club in November, with the Liverpool squad soon able to experience them in the flesh.

The new site at Kirkby, which is expanded on the previous academy ground, is 9,200 square metres and is built on a steel structure, with three full-sized pitches in the outdoor area.

Inside there will be two gyms, a full-sized sports hall, a pool and a hydrotherapy system, with the club ensuring state-of-the-art equipment and facilities are made available. 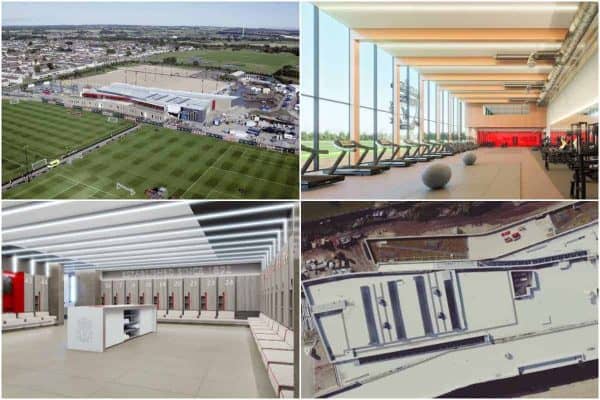 Klopp has been given a big role in designing the layout of the new training ground, which will include all age groups from the academy up, providing a clearer pathway for the club’s young players.

However, the manager has ensured there will be a distinct partition between the first team and the academy areas, to ensure the youngsters do not feel they have ‘made it’ simply by sharing their training ground with the likes of Virgil van Dijk and Mo Salah.

Sport psychologist Lee Richardson will have his own office at the hub of the new Kirkby facility, while Klopp and Pepijn Lijnders should have their paddle tennis court laid out, as with at Melwood.

BDS UK have previously worked on offices areas at Goodison Park and Manchester Airport, as well as the Z Hotel in the Cavern Quarter.