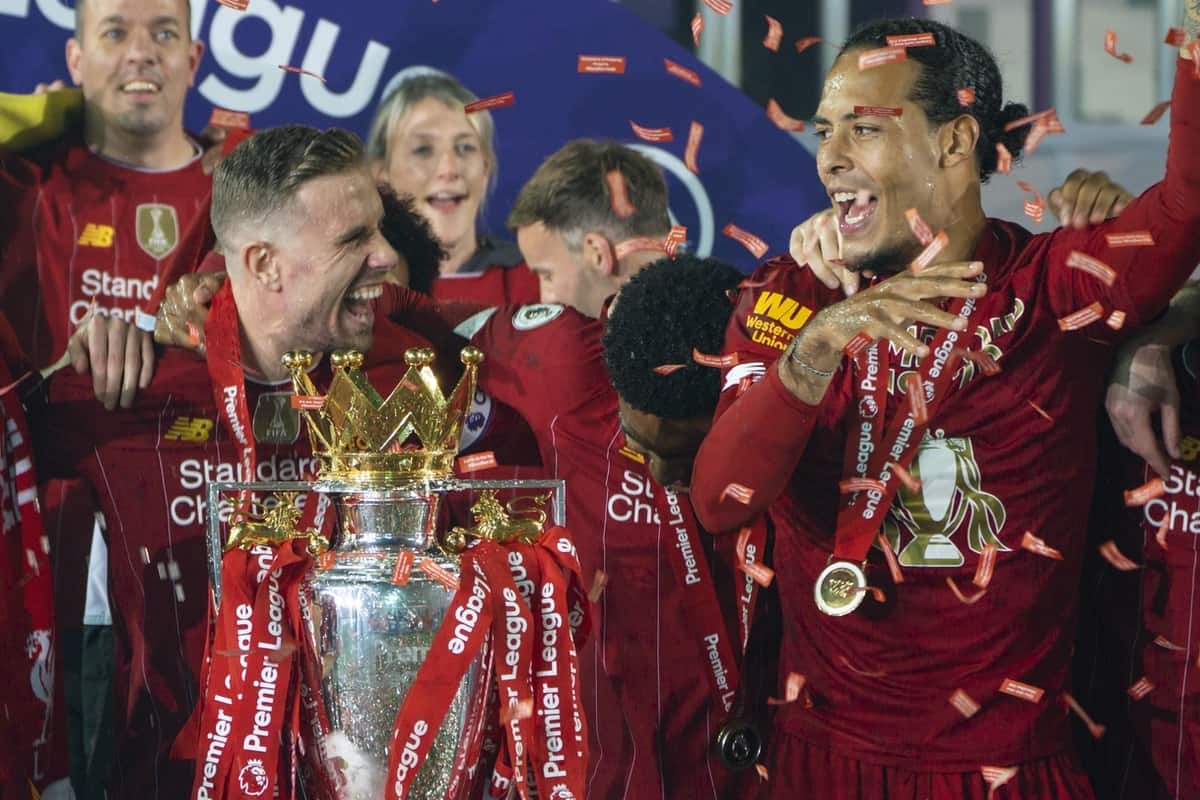 The Premier League champions will kick off their bid to retain their title against newly-promoted Leeds United on the opening weekend of the season.

Jurgen Klopp‘s side start the season in unchartered territory as Premier League champions, now the hunted instead of the hunters.

The Reds will begin their title defence at home to Marcelo Bielsa’s Leeds, followed by a trip to Chelsea for their first away game of the campaign.

It’s part of a tough-looking start to the season that sees Arsenal next to visit Anfield and a trip to Goodison Park in the fifth fixture of the new campaign.

Games against title rivals Man City are due to take place in November and February.

The festive fixtures see West Brom as the visitors to Anfield on Boxing Day, with away games at Newcastle and Southampton either side of the New Year.

The final four fixtures of the season look favourable, with Southampton, West Brom, Burnley and Crystal Palace the opponents – the latter being at Anfield, when fans will be hoping for a double celebration and a second consecutive title.

With the first month of the season lost to the coronavirus, 2020/21 will be a relentless one across all competitions – with Liverpool set to compete in the Champions League, FA Cup and League Cup this season.

Unlike last season, there will be no winter break this time around and FA Cup replays have been scrapped.

There remain hopes that fans in some capacity will be able to return to stadiums from October onwards.

Liverpool play Arsenal in the Community Shield on August 29, before an international break immediately precedes the new season beginning.

The Reds are back in action this weekend, against Stuttgart (Saturday, August 22) and then against RB Salzburg next Tuesday (August 25) in their only confirmed pre-season friendlies so far.