Liverpool have confirmed the return of first-team physiotherapist Chris Morgan, who heads back to Merseyside having served the club for 10 years until 2016.

Morgan first joined the Reds in 2006 as a physio at under-21 level, before progressing to roles as rehabilitation physio, injury prevention specialist and finally head of physiotherapy.

He departed to join Crystal Palace at the end of Jurgen Klopp‘s first full season with the club, along with stints at LA Galaxy and the FA, before swiftly moving on to Arsenal in 2018.

Two years as head of physiotherapy at the Emirates came to an end after their FA Cup final victory at the start of the month, and he has now reported back to Liverpool.

The 41-year-old was confirmed as part of Klopp’s backroom staff on Friday evening, having joined the first-team squad for pre-season training in Saalfelden.

He replaces the departed Christopher Rohrbeck, who has rejoined Mainz after three years with the Reds, having expressed his desire to return to his native Germany.

Morgan’s re-appointment will be a popular one among the Liverpool squad, most notably with Jordan Henderson, who paid tribute to the physio on his exit back in 2016.

“You helped me through the hardest season of my career so far and I will never forget that,” the captain wrote on Instagram, having suffered heel, foot and knee injuries that season.

“A top physio but also a top man.” 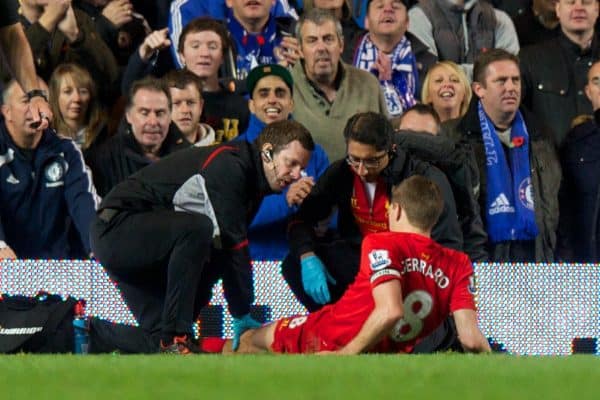 Steven Gerrard is another admirer of Morgan’s work, having explained in his autobiography My Story that “there have been two occasions when Chris helped save my career, and my sanity, when all seemed threatened and lost.”

“As the years passed, I learnt to trust Chris completely,” the No. 8 explained, “whether that was during a recovery from injury or him listening to me unburden myself with some of my darker doubts.”

These testaments to Morgan’s character will have no doubt helped convince those at the club that he was the right man to bring in following Rohrbeck’s exit.

Morgan will serve as part of Liverpool’s new-look physio team led by Lee Nobes, who joined from Man City in 2018.