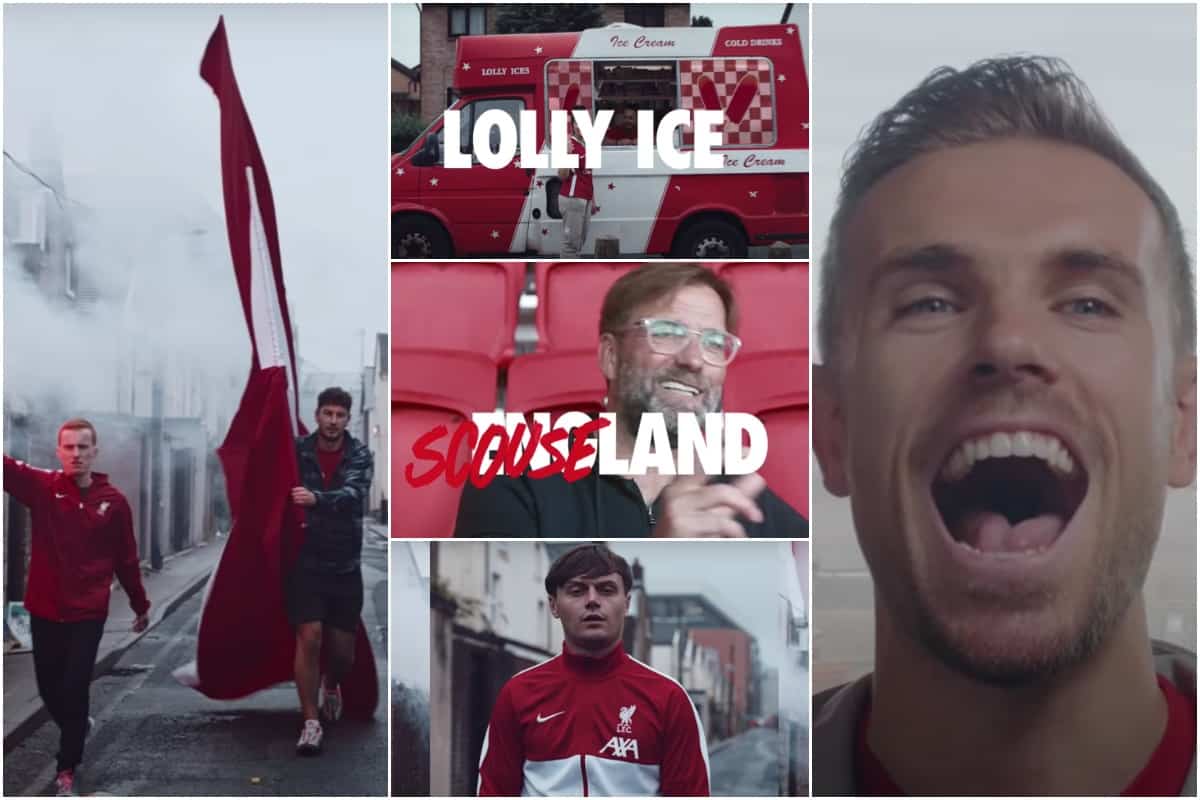 Nike brilliantly commemorated the roots of Liverpool Football Club in their first promotion video following the kit launch, where they opened up a number of debates in the process.

Is it ‘Nike’ or ‘Nikey’, ‘lolly ice’ or ‘ice lolly’ – two key points of debate, but not for Liverpool and not for Scousers.

The city and the club do not follow footsteps, they make their own as there is a “strong disregard for the way things should be done.” Impossible is not part of the vocabulary and we dance to the beat of our own drum.

And that is the message Nike have looked to convey in their first video promotion, with “Tell us Never” underpinning the entire campaign.

It’s a tag line which has been met with confusion, but the video perfectly encapsulates its meaning and its resonance with the Reds, using fan and match footage in addition to players and local influencers like Katarina Johnson-Thompson and Jamie Webster.

“This is where miracles come for their big night out…If it can’t be done, it’ll happen here.”

It’s a brilliant video which uses the underdog status and pushing to achieve the impossible and success to underpin what the club and the city mean to the fans.

It’s a positive start following the long-awaited switch to Nike, which became official over the weekend with the kit launch and makeover of Anfield, with the American supplier becoming the club’s sixth kit manufacturer.

* The new Liverpool home kit is available to pre-order from the official Liverpool FC store here.