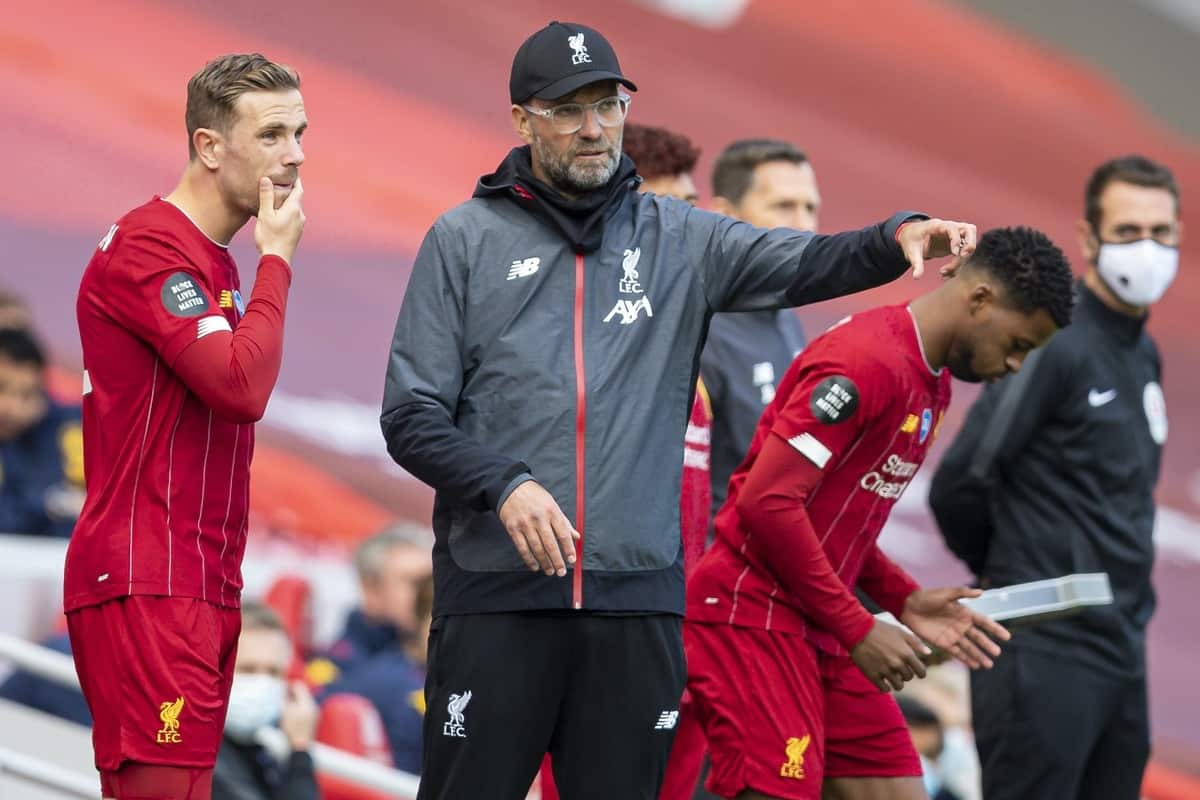 The Premier League have confirmed that the five-substitutes rule will not be retained for the 2020/21 season, with it largely benefitting stronger sides like Liverpool.

Upon the league’s resumption in June, temporary changes to Premier League squad sizes were agreed by the 20 clubs, along with an increase in the amount of substitutes permitted in one game.

Squads were expanded from 18 to 20, and five alterations were agreed instead of the usual three, so long as they were made at a maximum of four intervals including the half-time break.

This was widely acknowledged as giving clubs with more depth an advantage, and this was seen in Liverpool’s 2-0 win over Aston Villa after the restart.

Jurgen Klopp rested Jordan Henderson, Gini Wijnaldum and Roberto Firmino at Anfield, but with the scores standing at 0-0 at half-time, the manager sent on all three of his key men in a triple substitution.

It changed the game in the Reds’ favour, and afterwards, Villa manager Dean Smith joked: “I don’t thank him for putting the three subs on, it strengthened them!”

The Premier League were given the option to retain the five-sub rule for next season as the International Football Association Board (IFAB) permitted its use in 2020/21 last month, but the 20 clubs have now voted against it.

A statement from the English top flight confirmed this on Thursday afternoon.

Interestingly, the Telegraph report that a majority of just 11 were in favour of returning to three substitutes from the new campaign.

This shows the disparity between the top and bottom halves of the Premier League, with the traditional ‘big six’ likely joined by their challengers in the likes of Leicester and Wolves.

Newly promoted clubs Leeds, West Brom and Fulham were all said to have voted in favour of three subs and a squad of 18.

While the rule would have benefited those with bigger, stronger squads, it would also arguably have aided the development of young players.

Klopp called upon Neco Williams, Curtis Jones and Harvey Elliott more regularly after the restart, with the option of five changes allowing him to give the teenagers vital experience.