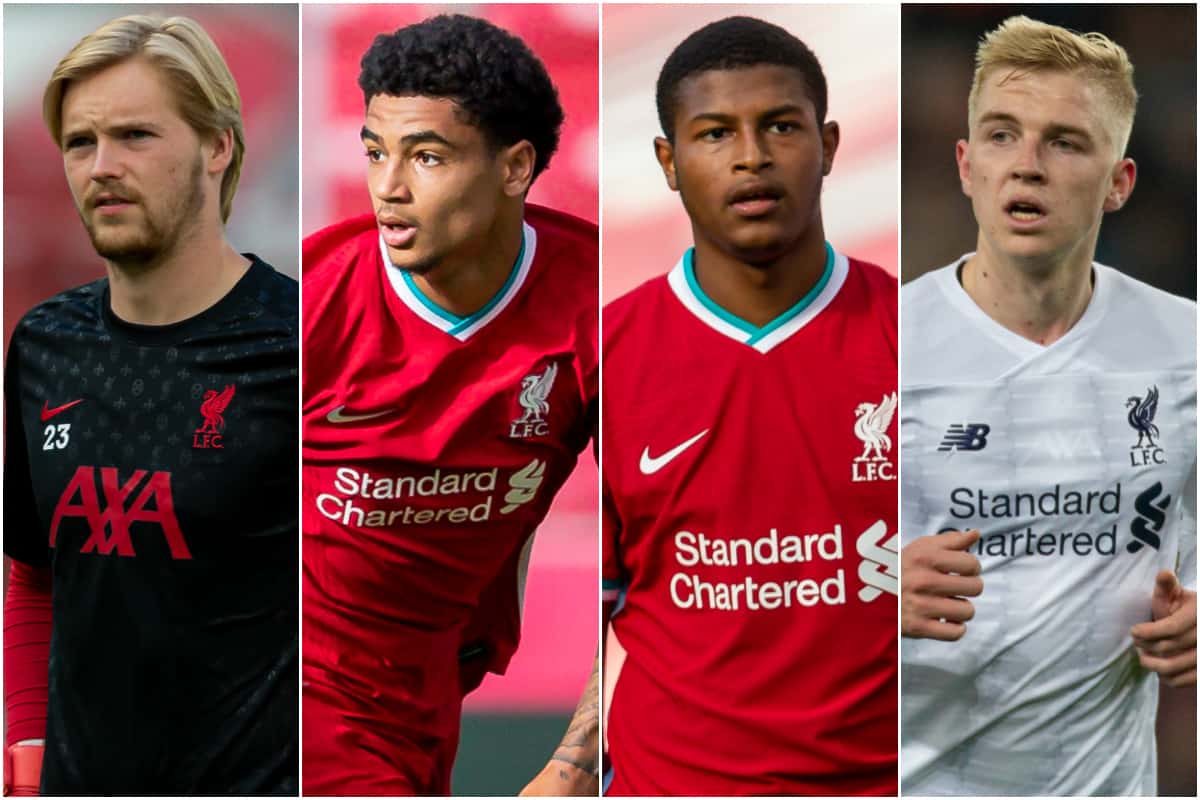 Liverpool are likely to employ the loan market to give a number of players vital experience heading into 2020/21, and here are 12 players who could benefit from this.

It is an annual process for the Reds, with Jurgen Klopp, Michael Edwards and loan pathways manager Julian Ward mulling over who requires experience away from Anfield, and where.

Last season saw 17 players head out on a temporary basis, and this summer two have already followed suit, with Adam Lewis joining Ligue 2 side Amiens and Morgan Boyes moving to Fleetwood Town in League One.

They are unlikely to be the last, and those who will be under consideration for short-term switches stretch from the first team to the academy.

Here, we have highlighted the players who would benefit from a loan move in 2020/21, ignoring familiar faces such as Loris Karius, Marko Grujic and Harry Wilson, who are now at a stay-or-sell crossroads.

So how could Liverpool take advantage of the loan market this summer? Here are 12 options. 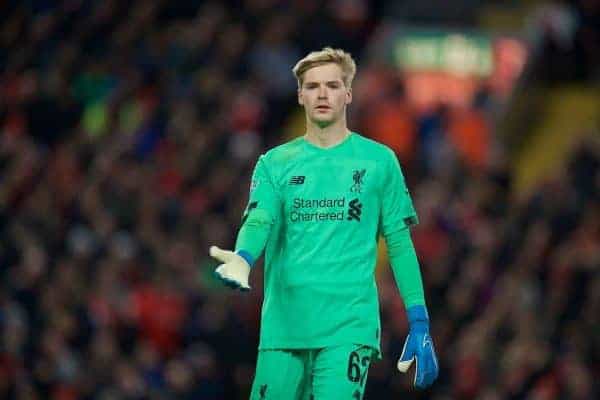 Last season can be considered a formative one for Kelleher, who spent the entire campaign travelling and training with the first team, and made his senior debut.

But this summer will force the decision over whether training with Alisson day in, day out is more useful than the experience of 30-plus games away on loan, and the latter should certainly be considered.

Though Kamil Grabara endured a tough time at Huddersfield last season, the Pole will likely emerge a better goalkeeper for his time in the Championship, and Kelleher is arguably in a stronger position than his fellow academy stopper already.

Joining a club in England’s second tier could allow the young Irishman to make the next step, and perhaps stake his claim for the role of No. 2 at Liverpool upon the expiry of Adrian‘s contract in 2021.

The scale of Van den Berg’s fight for contention at Liverpool was underlined as he was omitted from the matchday squad for the Community Shield at the expense of 17-year-old Billy Koumetio.

Despite boasting considerably more experience than the Frenchman, Van den Berg was instead assigned to under-23s duty, scoring in a 4-1 win over Carlisle two days before the trip to Wembley.

Things haven’t gone quite in the lofty centre-back’s favour since he made the move to Merseyside from PEC Zwolle last summer, and it may be that he is required to prove himself at a lower level before he can work his way back in at Liverpool.

Perhaps a club in the Bundesliga, or back in the Eredivisie, would be willing to hand Van den Berg a starting role—if so, it would aid both the player and his parent club.

Unlike Van den Berg, whose form throughout last season did little to convince he is ready for Liverpool’s first-team setup, Hoever’s pathway is instead blocked by his position.

Though the 18-year-old is being primed as a centre-back for the long term, for now, he views himself as a right-back, and having fallen behind Neco Williams in the pecking order, there will be few opportunities in that role at Anfield.

Speaking at the start of August, Hoever weighed up whether 30 games on loan would be more beneficial than 10 at Liverpool, saying “I know I’m ready to play men’s football.”

A test of his character, quality and fortitude would be a season in the Championship, or perhaps as has been suggested, the Scottish Premiership, with Celtic rumoured to be interested.

In many ways, Arroyo is a victim of circumstance.

Most Liverpool supporters would be forgiven for not knowing who the Colombian full-back is, as after joining from Fortaleza in 2018 he has barely set foot on Merseyside soil.

Instead, work permit issues similar to those of Allan Rodrigues and Taiwo Awoniyi in recent years have prompted a series of loans, first with Real Mallorca in Spain, then KAA Gent in Belgium and most recently Mlada Boleslav in the Czech Republic.

The compassionate route would be to sell Arroyo before he becomes a forgotten commodity, but having barely featured for Mlada Boleslav last season, another loan in a more established European league may be required to boost his profile. 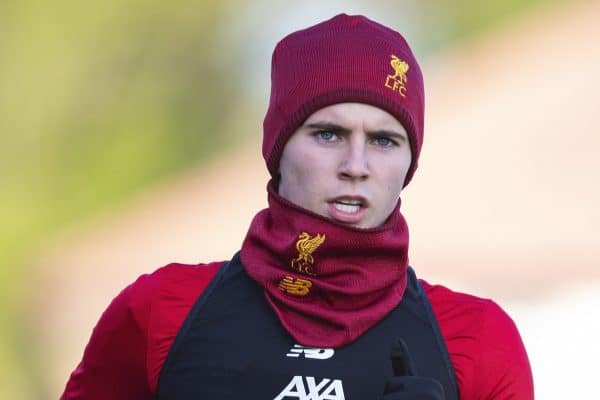 As Liverpool gear up for their Premier League opener against Leeds, the side who Woodburn made history against as the club’s youngest-ever goalscorer back in 2016, the 20-year-old is forced with the reality that his future may not lie at Anfield.

It is, in part, the loan market that has stifled his dream, with a frustrating spell at Sheffield United in 2018 limiting his game time at a crucial period, but last season it was his body that failed him.

Two broken feet, at two separate points in the campaign, hampered what was an otherwise productive stint with Oxford United, but Woodburn showed during his time with the U’s that his ceiling is certainly higher than League One.

Clubs in England, Germany, Belgium and the Netherlands have all expressed an interest in the attacking midfielder this summer, and it could be that a short-term move abroad could revive his prospects.

One of the biggest conundrums facing Klopp in the final weeks of the transfer window is whether to keep Brewster at Anfield or to loan him out to another Premier League side.

The striker has no shortage of suitors with Sheffield United believed to be leading Aston Villa, Newcastle, Burnley, Brighton, Crystal Palace and Fulham in pursuit, which is a testament to his quality and potential.

There is a strong argument to be made that Brewster would be a better backup than Divock Origi, but with Klopp recently saying that “we want more in the game when he is on the pitch,” perhaps he is better off learning that as a regular elsewhere first.

Brewster would certainly benefit if any Premier League side is willing to entrust him with 38 top-flight games in a season in which he will turn 21, and it could ultimately be the making of him at Liverpool. 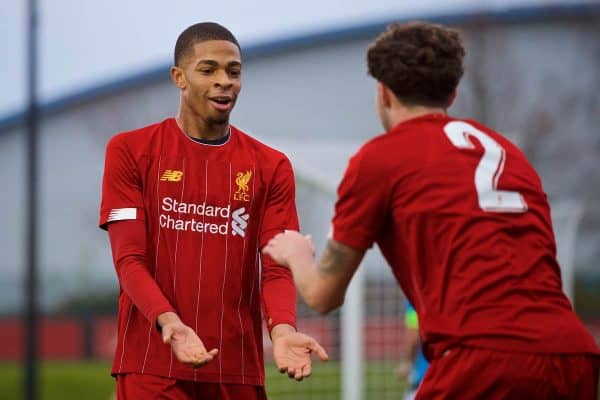 In the academy, there are a number of players who could be gearing up for a season away from Liverpool, and for many it will be their first at senior level.

Tony Gallacher already has experience of life as a first-team regular at Falkirk, and is now attracting interest from MLS, which would be an interesting move a player who went from reliable squad player to staple starter for the under-23s last season.

While he may have signed a new contract with a view to staying on as an experienced figure at Kirkby, Liam Coyle will turn 21 in December and is in desperate need of senior football, with League One or League Two a realistic avenue.

Elijah Dixon-Bonner has more time on his side, but with the focus on Leighton Clarkson and Jake Cain in the U23s’ midfield, the 19-year-old could prosper with a season away.

The same can be said of Luis Longstaff, who showed his versatility by standing in as a No. 9 last season, with his ability to shine across the forward line likely to attract interest from the Football League. 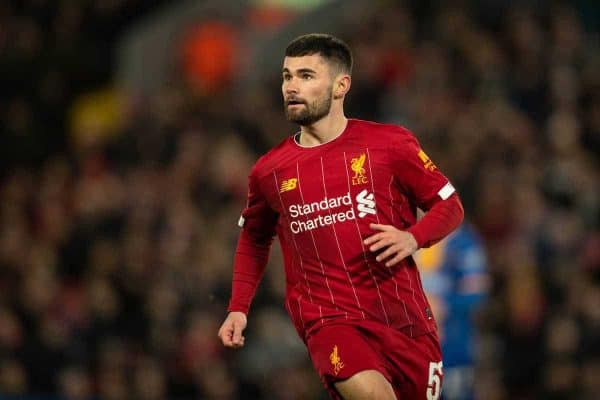 One player who finds himself in a similar position to Coyle is Joe Hardy, who was effectively signed to beef up the numbers, and provide much-needed goals, at U23 level in January, but not far off his 22nd birthday, he needs first-team experience.

Hardy was joined by Liam Millar in the young Reds’ attack in the second half of last season, after the strange decision to recall the Canadian midway through a promising spell with Kilmarnock.

The Championship should be the next port of call for Millar, who like many others could gain a host of admirers if he shines on loan in 2020/21.