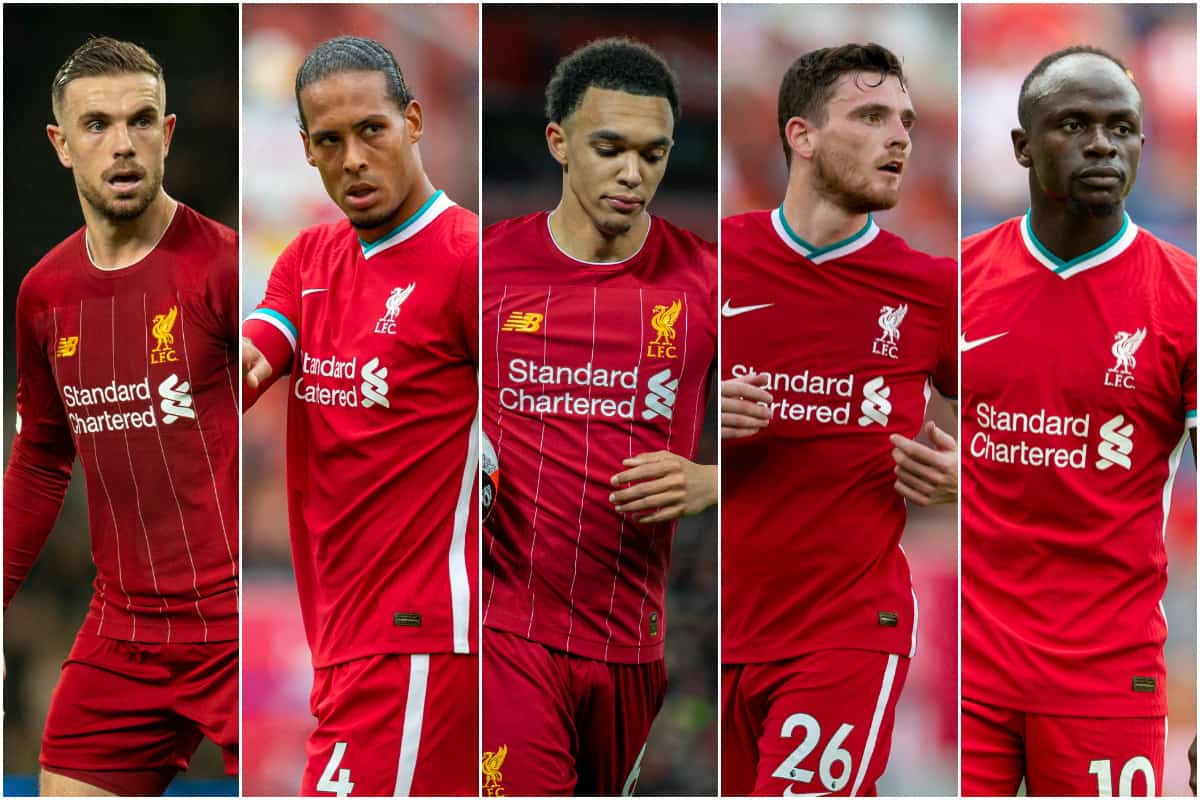 Liverpool have five representatives in the PFA Team of the Year, but while Jordan Henderson was included in the XI, he lost out in the Player’s Player of the Year vote.

The PFA awards are voted for by players across the Premier League, and this makes it one of the most prestigious in English football, as a show of respect among peers.

Henderson was considered a front-runner for the PFA Players’ Player of the Year award, and was nominated along with Virgil van Dijk, Trent Alexander-Arnold, Sadio Mane and Man City pair Raheem Sterling and Kevin De Bruyne.

And despite a groundswell of support for his efforts both on and off the pitch as Liverpool won their first-ever Premier League title, the captain has missed out.

De Bruyne is instead PFA Players’ Player of the Year, after scoring 13 goals and laying on 20 assists in 35 league games for City last season.

It is a disappointing result for Liverpool, but individual accolades are far less significant than titles—and at least now Pep Guardiola and his players can take solace in finally winning one of their most-coveted prizes.

The Reds, meanwhile, have taken five places in the PFA Team of the Year, with Van Dijk, Alexander-Arnold, Henderson and Mane included along with Andy Robertson.

Sterling was not even named, despite being up for the main prize, but De Bruyne and David Silva both did from his City team-mates.

The last Liverpool player to win the PFA Players’ Player of the Year award was Van Dijk in 2019, which was the club’s second consecutive triumph following Mo Salah‘s honour in 2018.

No club has won the award more times in the past decade than the Reds, with Luis Suarez (2014) among the trio of winners.

Lower down the leagues, Cameron Brannagan was included in the League One Team of the Year, having established himself as a key player for Oxford United since leaving Liverpool two years ago.