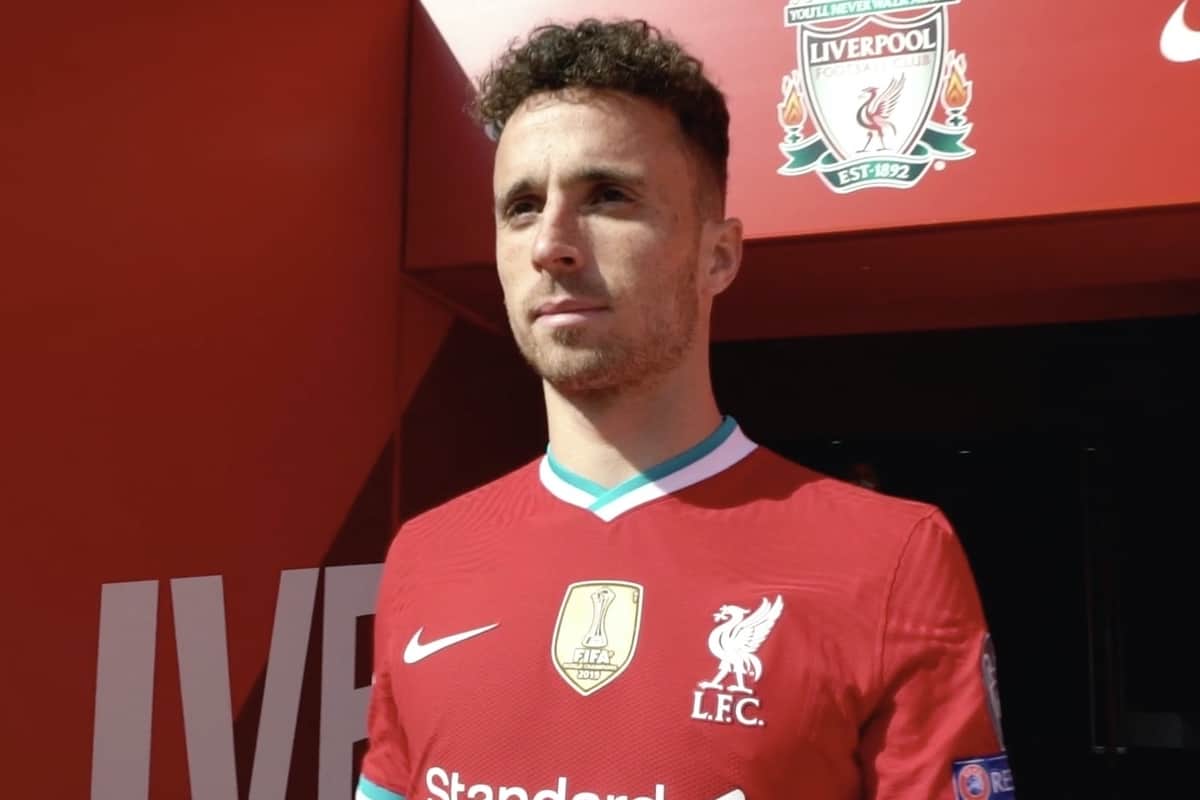 Diogo Jota has vowed to be a “team player” at Liverpool, and looks to learn from Mohamed Salah, Sadio Mane and Roberto Firmino following his £45 million move.

Jota arrives as the third signing of the summer for the Reds, with his switch from Wolves coming after the breakdown of a deal for Timo Werner back in June.

It is a much-needed addition, with Liverpool lacking genuine quality as cover for Jurgen Klopp‘s established front three, and Jota’s 16 goals and six assists in 48 games last season suggest he is capable of filling this role.

Not only that, but the Portuguese believes he can meet the requirements off the ball, as a forward who is hungry for the ball and adept in the press.

“Obviously, I need to know my team-mates, but they will know me as a player that is a team player,” he told LFCTV.

“I always try to help them the best I can, and they can count on me in the future. I think we can do great things here.”

He described Liverpool as “a special team,” saying “the way they press, the intensity that they put on the game is just another level.”

“I want to be part of that hunger to play the game, and to score goals,” he added.

“I think that is a great way to play the game, and that’s the way I want to play as well.” 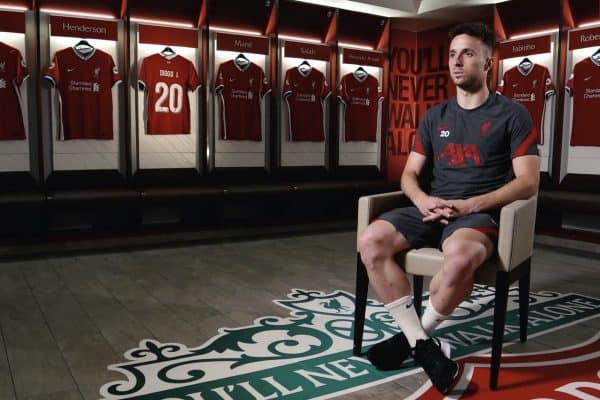 Supplanting any of Salah, Mane and Firmino will be a difficult task, and Jota cannot be expected to do so in his first campaign with the club.

However, his potential indicates that he could well do so in the future, and the 23-year-old explained that he is looking to learn from Liverpool’s “world-class” trio in order to develop.

“They are world-class players. They try to win every match, they score a lot of goals, they work together, and I want to be one more piece to join those three,” he said.

“That’s what I will do. Obviously, they are more experienced than me, so the first stage is to connect with them, to learn with them, then hopefully I can be good help for them and for the club to win games.”

One of the biggest advantages of signing Jota is his ability to play in every role across the front line, including as a striker, which could lighten the load on Firmino in tandem with Takumi Minamino.

“I think every manager looks at that, and we as players know that being versatile, playing in different positions, is always useful,” Jota continued.

“I’m ready to play in each position the manager wants, and that’s what I’ll try to do. I’ll give my best every single day.”