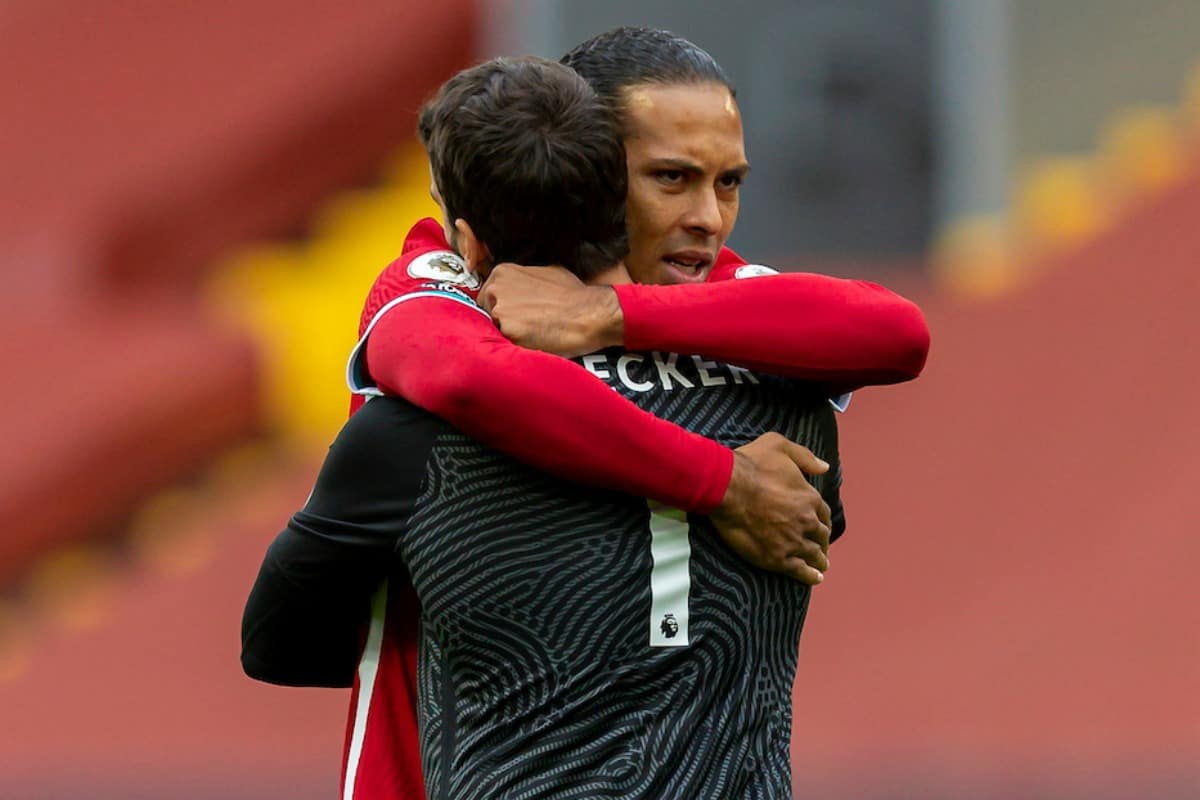 While Liverpool continued to show their fighting spirit in the thrilling win over Leeds, the Reds have a number of areas to clean up as they look to get back in the swing of things.

Jurgen Klopp’s side opened their Premier League account for 2020/21 with three points in dramatic fashion, having traded blow after blow with the newly-promoted outfit.

Mohamed Salah’s hat-trick and a Virgil van Dijk header proved to be enough after Leeds had pegged the champions back on three separate occasions.

It was a disjointed defensive display from both sides as early mistakes were duly punished, but Liverpool’s fighting spirit reigned supreme once more as the champions stood up to the test.

It is a trait which is firmly ingrained in the psyche of the team but Alisson was firm in his belief that there are “many things to improve” to ensure it is not so tight moving forward.

“It’s something that is inside of us,” Alisson told LFCTV post-match. “Obviously we work every day really, really hard to arrive at the ground and do our best. 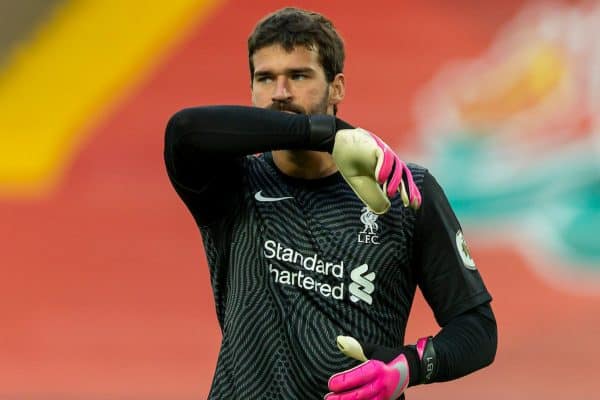 “Sometimes you work in some way and the opponents adapt between the game and we have to adapt also.

“It was just the first match of the season and I believe we have many things to improve but those things will come with time.”

With pre-season only just behind the Reds whereby a number of players were on restrictive duties throughout, mistakes and a lack of fine-tuning was to be expected.

But that did not extend to Salah, with the Egyptian hitting the ground running in emphatic fashion by netting his third career hat-trick for Liverpool to guide the Reds to their first win.

And his importance to the side was not lost on Alisson, not only for his goals but for his ability to push those around him to a higher level.

“I’m happy to have Mo Salah on the team and that he scored a hat-trick in the first official match of the season. I’m really happy for the three points also,” Alisson added.

“He’s hungry, he’s started the season hungry and I’m happy because of this. He’s a really important player for us.

“This gives him confidence and also pushes the other players to work even harder.

“We have a lot of quality with our front three. Sometimes just one scores but we know that everybody can improve from this game in the defensive phase and in attack. It’s a good start for us.”