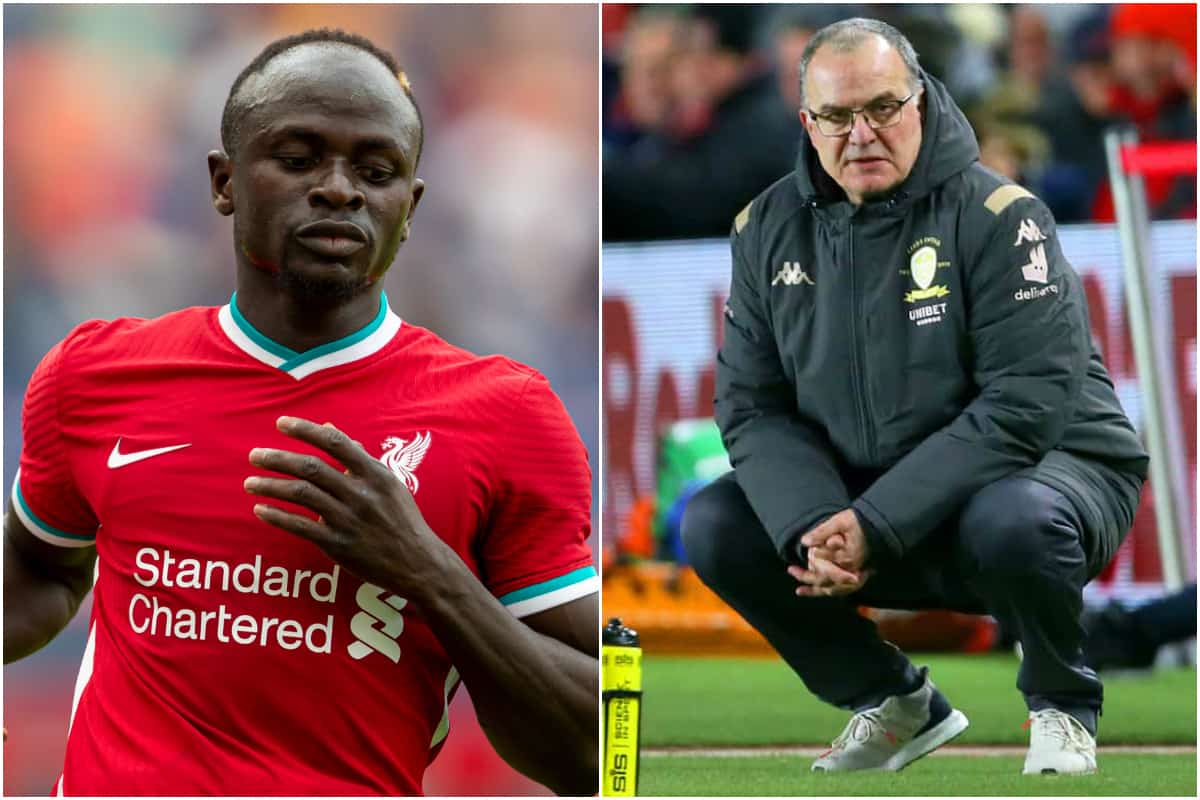 Leeds United are back in the Premier League after a painful 16-year wait, but are supporters tipping them to stun Liverpool this weekend?

The Reds open their 2020/21 season with the visit of Marcelo Bielsa’s newly-promoted side to Anfield on Saturday evening.

Leeds, led by their very own version of Jurgen Klopp, will be sensing an upset, but they remain huge underdogs going into the game.

It has been a quickfire turnaround due to the impact of coronavirus, so it will be fascinating to see how prepared both sides are.

With the match on the horizon, we spoke to Leeds fan and writer Charlie Smith (@CharlieSmith118) to hear all about Bielsa, Liverpool and much more.

Firstly, how does it feel to be back in the Premier League?

It still doesn’t feel real to be honest with you!

It has been 16 long years away and Leeds fans have been through it all during that time.

The last two seasons under Marcelo Bielsa have been unbelievable in terms of playing style and results, and I’m sure I speak for every Leeds fan when saying I just can’t wait to see how the club fare back in the top flight.

What has happened at Leeds this summer ahead of the new season?

It has been a quick turnaround after last season, but the club rightly made sure they celebrated the great success of winning the Championship title by an impressive 10 points.

There has been plenty going on at Elland Road though, whether it be required work at the stadium, exciting academy signings and some big-name international additions in the shape of Rodrigo and Robin Koch.

Tell us about Bielsa – what makes him so special? 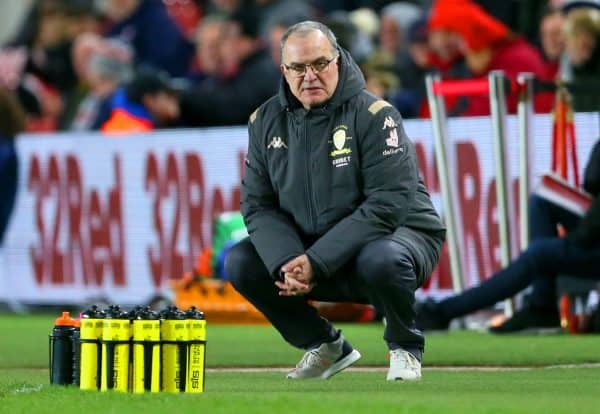 No stone is left unturned when it comes to analysing the opposition, potential signings and even academy players (he watched 19 hours of teenage midfielder Alfie McCalmont during lockdown).

The way he turned a struggling Whites squad who finished 13th the season before he arrived into one of the best teams in the division was remarkable.

I’ll be honest, the playoff defeat to Derby in the 2018/19 campaign felt like the end, but Bielsa knew what went wrong and delivered on his promise of earning promotion second time around.

The Argentine’s high-pressing, attacking and possession-based tactics have worked a treat in England, and Leeds fans have fallen in love with the 65-year-old.

Several players have also reaped the rewards of Bielsa’s world-class management, including Kalvin Phillips, who has transformed from a squad player at Elland Road into one of England’s best holding midfielders.

The club, both on and off the pitch, are now all pulling in the same direction largely thanks to the head coach, so plenty of credit has to go to our owner Andrea Radrizzani, director of football Victor Orta and chief executive Angus Kinnear for luring Bielsa to the club in 2018.

Bielsa and Leeds have been the perfect match.

Do you expect him to steer Leeds to safety?

The Premier League will be a step up in quality from the Championship, and how we do during our first season back in the big time will come down to our efficiency in front of goal.

Leeds finished 20th in the Championship’s conversion rate table last season (12.5%), but if that can increase, I expect us to be alright.

How highly do you rate this Liverpool side? And do you fancy them to retain their title?

Liverpool have been consistently brilliant over the last two years and fully deserved the Premier League title last season.

I think it will be between the Reds and Man City for the third campaign running.

If Liverpool’s main stars stay fit for the majority of the season and Jurgen Klopp can bring in a marquee signing before the end of the transfer window, to freshen things up and add strength in depth, I would back them to retain their title.

Sadio Mane. He was Liverpool’s best player last season, in my opinion, and is rightly regarded as one of the best wide men in world football.

If Leeds go with their usual intense press from the off, there will be plenty of room in behind for Mane, which could spell trouble for us. 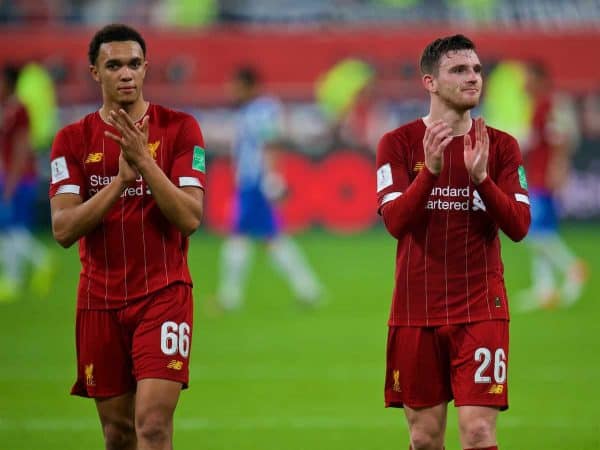 Mohamed Salah and Mane will more than likely come up against Luke Ayling and Stuart Dallas, while Helder Costa and Jack Harrison should find themselves up against Trent Alexander-Arnold and Andy Robertson.

Both quartets starred in last season’s successes for their respective sides, so whoever gains the upper hand on the flanks may well come out on top this weekend.

It would be quite the return to the Premier League if Leeds could come away from Anfield with a point, or even three, but I fancy Klopp’s side to be too strong.

I will go for an exciting, end-to-end game that finishes 3-1 to Liverpool.