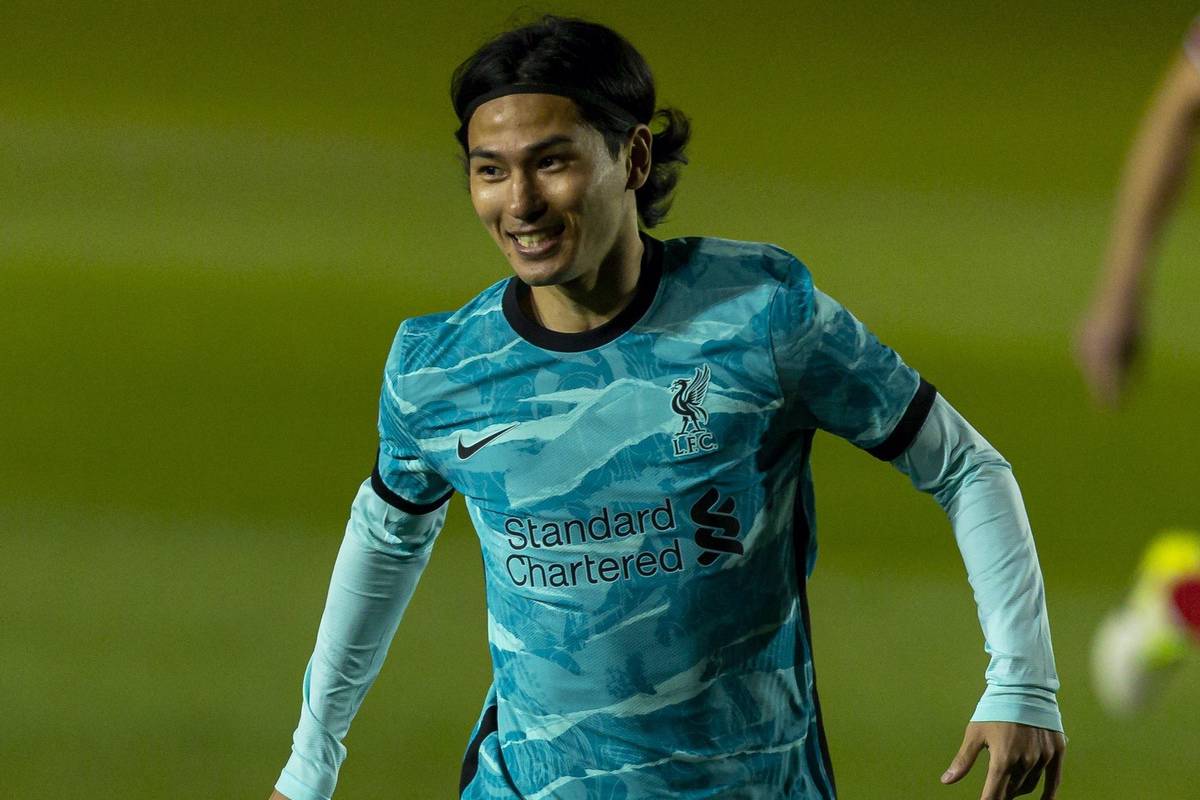 Jurgen Klopp is growing to understand where the versatile Takumi Minamino plays his best football, after a two-goal, one-assist showing in Liverpool’s 7-2 win at Lincoln.

Minamino arrived from Salzburg in January and was hailed for his ability to play a variety of positions, but in the early games of his Reds career he struggled out wide.

Perhaps it was in an attempt to replicate the approach of Sadio Mane and Mohamed Salah – players he is not comparable to in terms of skillset – or perhaps it was simply due to the adjustment period required after a move from Austria.

But now, Minamino is finding his feet, and while he is still utilised in a number of roles, Klopp admits he will always drift centrally as “that’s where he has his real strength.”

“I loved Taki’s game tonight, to be honest. It was absolutely outstanding,” he told reporters in his post-match press conference.

“[He was] involved in so many situations. So more and more, I think we all realise where his qualities are.

“And it looked really well. If you saw, the opponent kicked off seven times, and the first guy that chased the kickoff again when they received the pass was Taki.

“He set the rhythm for all these pressing and counter-pressing situations, and I really, really liked the game tonight.” 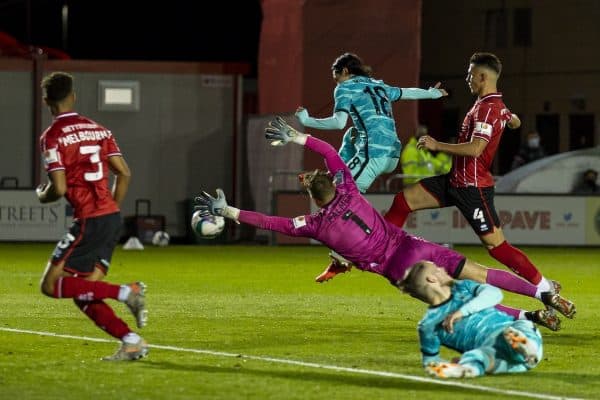 Sound familiar? With one of Liverpool’s biggest perceived problems being identifying a suitable alternative for Roberto Firmino, it appears they have found one in Minamino.

There may be a long way to go for the 25-year-old, but since last season’s break, Minamino has looked a different player: more confident, more composed, more understanding of the system and, crucially, much stronger.

Firmino is one of the most unique strikers in world football, but now the Reds look to have found not only stand-in for the Brazilian, but perhaps competition for his place.

This should be tempered with the fact Minamino’s brace came against a League One side, but there have been indications in other, more high-profile games that he can perform with the same intensity and quality.

In such a busy season, this is vital, as undoubtedly there will come a stage when Klopp will need to rely upon his No. 18 for a run of important games.