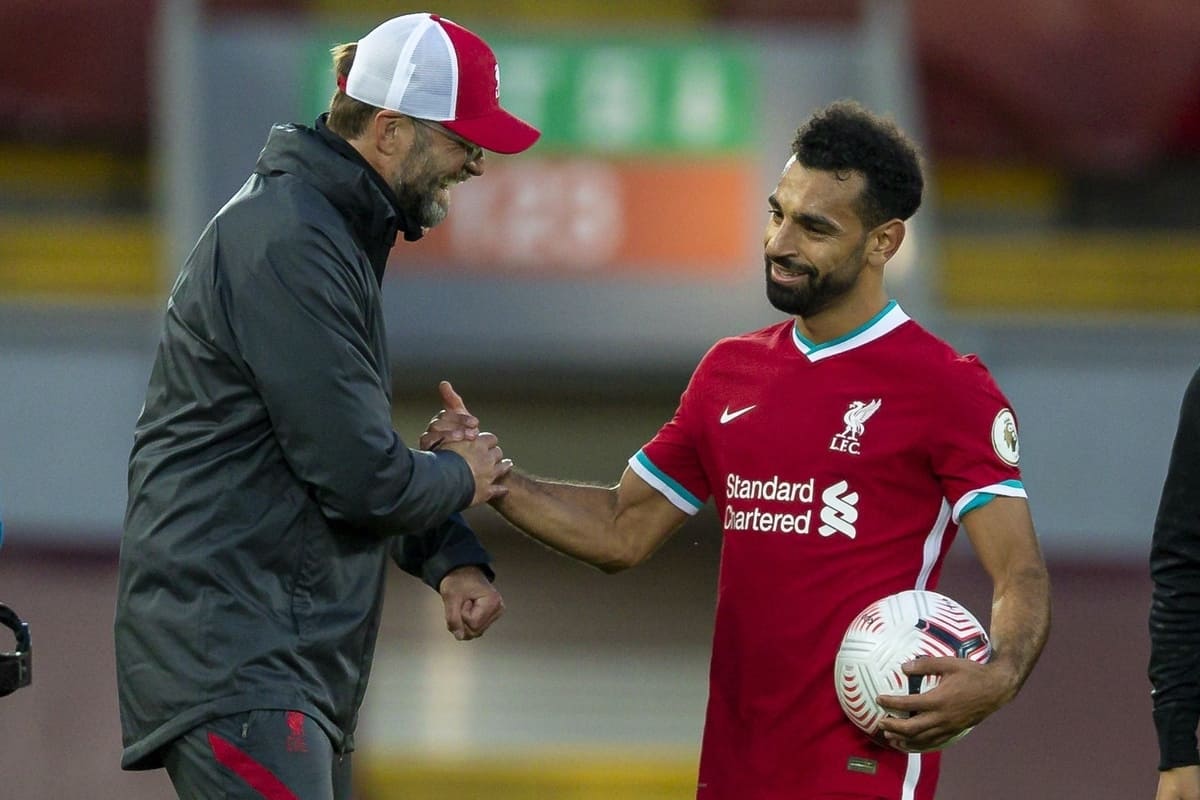 Mohamed Salah’s Premier League numbers are up there among the best of the era but Liverpool manager Jurgen Klopp insists he offers his side much more than the bare statistics.

The Egypt international’s hat-trick in the 4-3 win over Leeds took his tally to 76 in 109 matches since moving to Anfield.

He has scored 50 goals in 63 home games, second only to Alan Shearer (47 appearances) and Liverpool have now won each of the last 35 league fixtures in which he has found the net – overtaking Wayne Rooney’s competition record set between September 2008 and February 2011.

Since his blistering maiden campaign, when he scored 32 times in 36 appearances, the 28-year-old’s yearly total has been falling but what makes him so important to Klopp’s side is his all-round game.

“First and foremost, congratulations to him. He is a very special player,” said the Liverpool manager of Salah.

“The numbers tell the story a little bit. All the rest around you probably don’t know about.

“But this is a very good example of it. He put three more goals on his scoring list, but the performance all-round was absolutely exceptional in a game like this.

“He deserved the goals 100 per cent. Two were penalties, one was a sensational finish, but he deserved them as he was constantly pressing, pressing, constantly causing the opponent massive problems, one-v-one situations, played his football.

“There have been a lot of good performances for us from Mo for sure, but this was one of the better ones.

“He should be proud of it because it’s very special to get these kind of numbers. Long may it continue.”

Salah was one of the few players even close to the top of their game as the Premier League champions began their defence with an entertaining, if error-strewn, victory to end Leeds’ hopes of a dream start on their return to the top flight after 16 years.

Marcelo Bielsa’s side did what few visitors have done to Liverpool during their run of 60 unbeaten home league matches, stretching back to March 2017, and dominated possession.

They enjoyed 52 per cent of the ball but their manager was unhappy they did not make the most of that, although their 100 per cent success rate from their three shots on target suggested they fully capitalised. 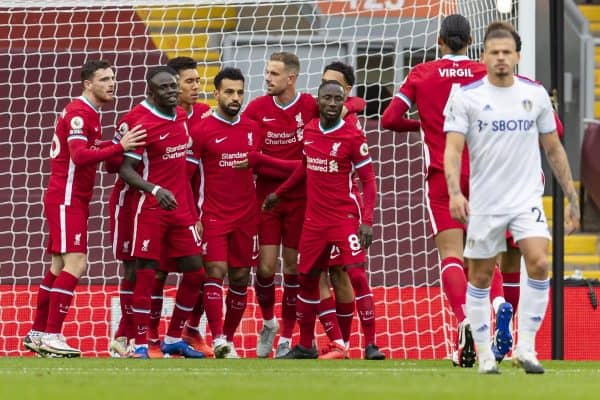 It offers them plenty of encouragement for the remainder of the season.

“We played according to our style,” said Bielsa, who was rewarded for sticking to his principles.

“There were periods when Liverpool dominated and there were lots of periods where the game was even, in some moments we were able to be superior.

“The players were calm, they played a serene game and went into it confident.

“Confidence means that you shouldn’t be afraid and also the team-mates help each other not to be nervous, gives you extra confidence and motivates you.”

Salah scored two penalties in his hat-trick to bookend the scoring, the first in the fifth minute and the last in the 87th, as Virgil Van Dijk and Salah, who also scored with a rasping half-volley, saw goals cancelled out by Jack Harrison, Patrick Bamford and Mateusz Klich.