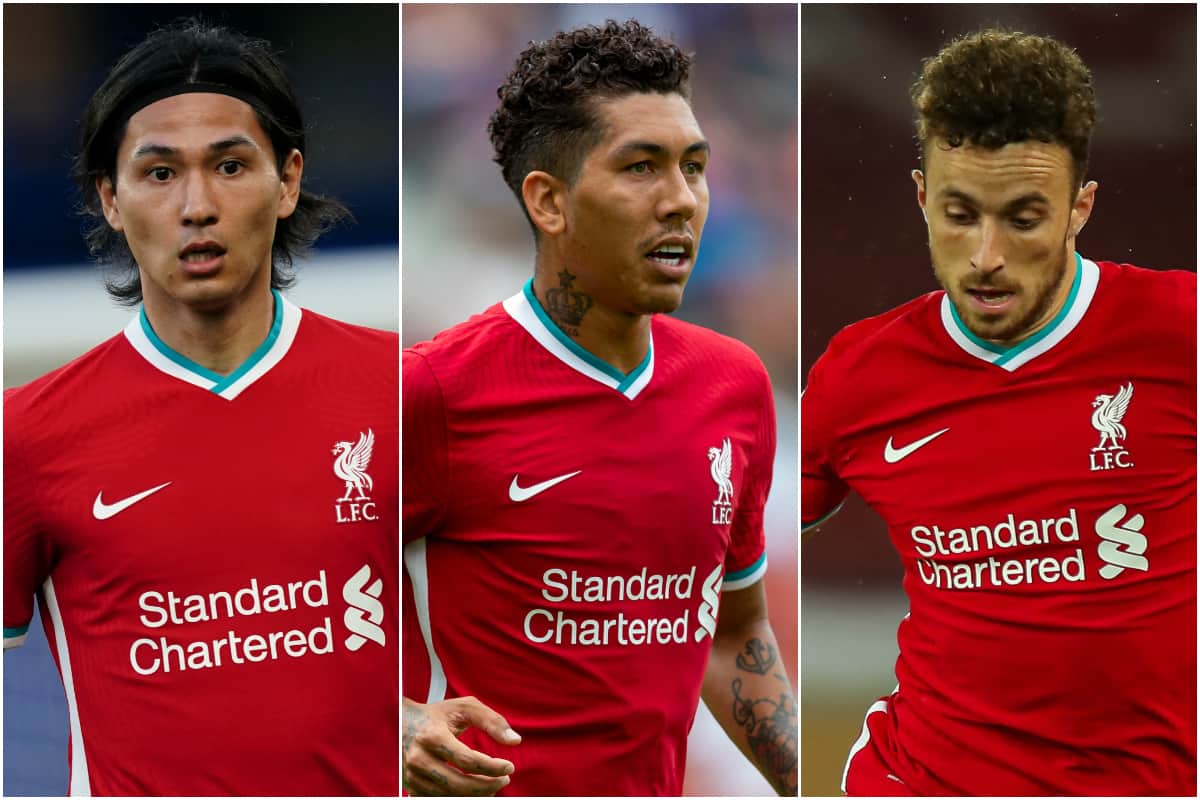 Pep Lijnders believes Takumi Minamino and Roberto Firmino offer the same quality, while explaining how Diogo Jota‘s “intuition in the box” makes him stand out.

Minamino and Jota are both expected to start for Liverpool in Thursday night’s League Cup fourth-round clash with Arsenal, as part of a much-changed side.

That comes after the pair came off the bench in Monday’s 3-1 victory over the same side in the Premier League; Jota replaced Sadio Mane and scored the third goal of the game, while Minamino was a 91st-minute replacement for Firmino.

It took years, but Liverpool finally look to have established top-class competition in two key roles—out wide and up front—and this was particularly difficult when it came to their No. 9.

Firmino is as close to irreplaceable as it gets, but in Minamino, Lijnders believes the Reds have found a striker with the same relentless industry and professionalism.

“Wow! What a desire. He is somebody who turns our game collective as well, the same as what Roberto Firmino does,” he told reporters on Wednesday.

“His professionalism on the pitch and off the pitch is outstanding, the development so far has been really great.

“He is that player who always gives everything, each day, and if you are already good, then it becomes really interesting if you can keep that up.

“We’re really happy with that, so long may it continue.”

While it took Minamino 15 games to score his first competitive goal for the club, Jota was on the scoresheet just nine minutes into his Premier League debut.

Lijnders has already lavished praise on a player he had a key role in bringing to Anfield, but asked to elaborate further on Jota’s impact so far, he revealed an attribute he believes is almost uncoachable.

“Diogo, like I said before, for passionate players, for players who have coal in them, there’s always space for them at Liverpool,” he continued.

“A great desire to learn out game. He will add something. I said last week already, he’s at the same level, technically, as our front three.

“The one thing I find really difficult to coach is the intuition in the box, being in the right position to score.

“The pure instinct of a striker is what we want from many players, but especially from our front three.

“He in 10, 15 minutes was three or four times in a position to score, so that’s really something that’s good from him.”