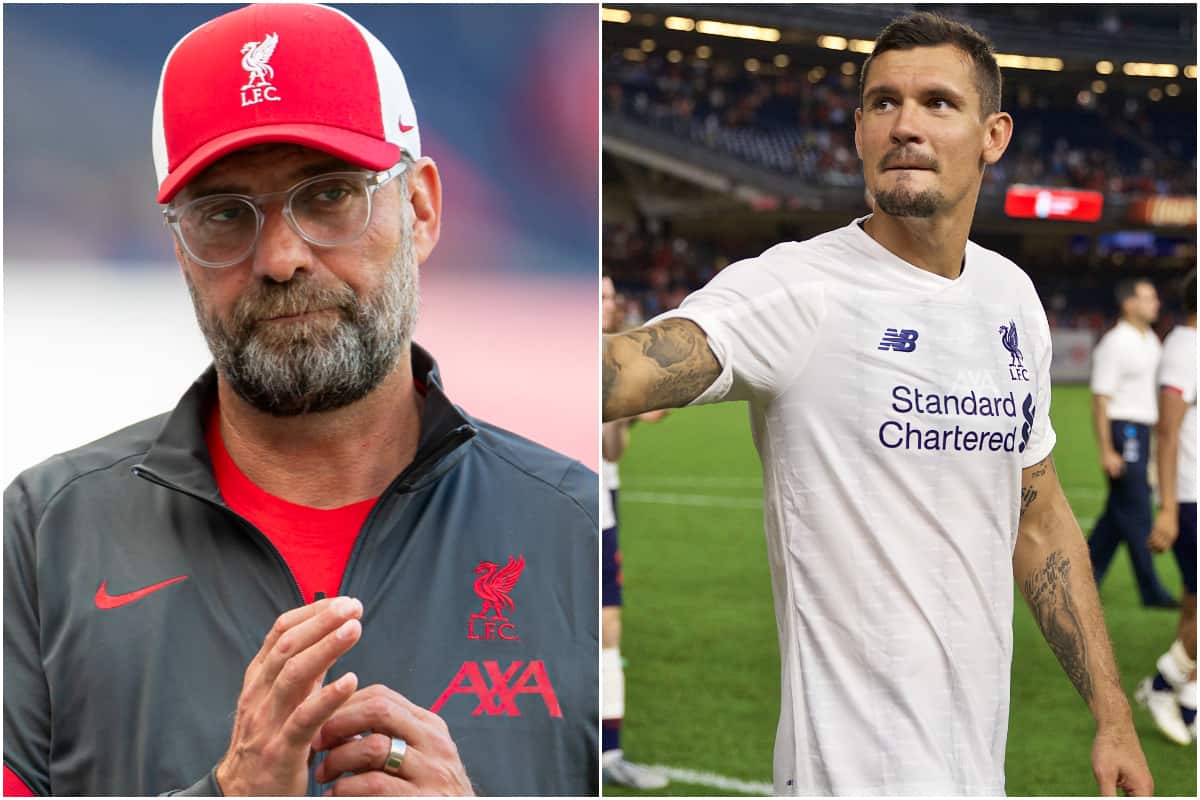 Liverpool sold their fourth-choice centre-back, Dejan Lovren, earlier in the summer, and now may not enter the transfer market to sign a replacement for the Croatian.

Lovren joined Zenit St Petersburg in a £10.9 million deal back in July, and has already made seven appearances for his new club, winning the Russian Super Cup.

Meanwhile, the Reds used the funds generated to sign a new left-back in Kostas Tsimikas, but are yet to establish a new fourth choice in the heart of defence.

Recent injury to Joel Matip has highlighted the need for reinforcement, and with Virgil van Dijk and Joe Gomez on international duty, it remains to be seen who will start in Saturday’s friendly against Blackpool.

The most likely candidate, surprisingly, is 17-year-old Billy Koumetio, who has caught Jurgen Klopp‘s eye during pre-season.

Koumetio may even have impressed to the point of convincing Klopp and Michael Edwards that a replacement for Lovren does not need to be signed in the transfer window, according to The Athletic’s James Pearce.

Pearce has described the club as “pretty relaxed” over the situation, writing that Koumetio has “done that well that he could possibly be the fourth choice.”

Earlier in the summer, the Reds were linked with a host of centre-backs, most notably Real Betis’ Aissa Mandi, Schalke’s Ozan Kabak and Brighton‘s Ben White.

It was even claimed that Liverpool were close to agreeing a fee for Mandi, but a month later there has been no movement in that regard.

White, meanwhile, has signed a new long-term contract with Brighton, with the Seagulls having rejected a number of bids from Leeds, where he spent last season on loan. 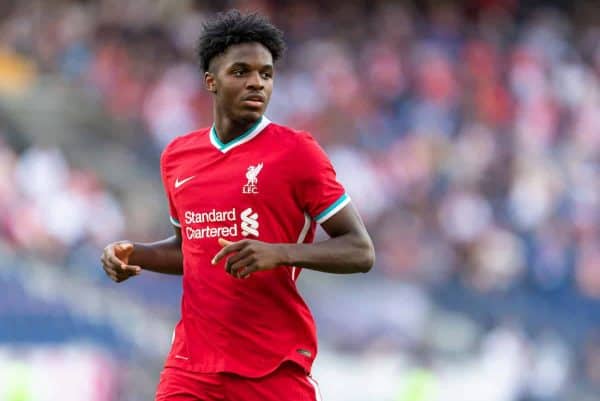 During this period, Koumetio has been training daily with the Liverpool first team, and featured in the pre-season friendlies against Stuttgart and Salzburg, as well as being named on the bench for the Community Shield.

Klopp has been working closely with the Frenchman, though it has been suggested he will return to Barry Lewtas’ under-23s squad at some stage.

Lovren played 15 games last season, and while that was the fewest times he featured since joining the club in 2014, he was still an important squad player as he filled in for the likes of Van Dijk and Gomez.

Whether the manager will trust Koumetio to play as much as Lovren did last season remains to be seen, but with Fabinho also an option, along with youngsters Sepp van den Berg and Ki-Jana Hoever, the club’s “relaxed” stance could be telling.