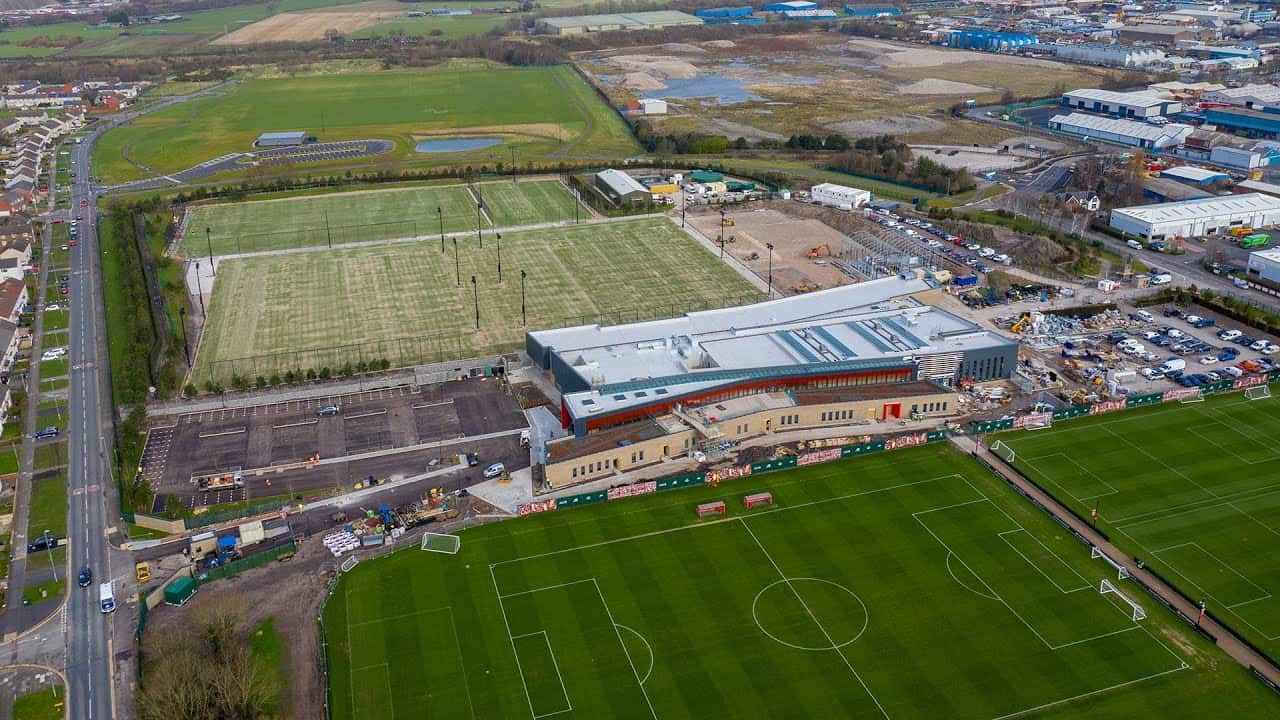 Liverpool academy director Alex Inglethorpe has revealed a simple but ingenious way of representing the pathway for youngsters to the first team at the new-look Kirkby.

The Reds are yet to move into their new £50 million training ground, with Jurgen Klopp making the decision to remain at Melwood due to the unusual circumstances heading into the new campaign.

Having been set to relocate to Kirkby, where they will train on the same site as every other age group, this summer, this will now come later in the campaign.

From the under-9s up, every player will then report to the same training ground, albeit with clear distinction in the facilities from the academy to the first team.

That is to ensure youngsters are not under the impression they have ‘made it’ if they are sharing corridors with the likes of Trent Alexander-Arnold and Mohamed Salah, but Liverpool have worked to build a physical representation of that pathway.

Inglethorpe, speaking to Training Ground Guru, has explained how the pitches players train on will get closer to that of the senior squad with every age group, meaning the under-23s will be nearest to Klopp and his squad.

“It will be a fantastic opportunity for them,” he said of the move and its impact on the players he oversees.

“I think it’s great that the younger players can look up the pathway where we are now and sort of 200 yards away they can see the first-team building.

“With every year, the pitch they’ll play on will get slightly closer towards that.”

Inglethorpe is hoping that the move will occur “in the not-too-distant future,” with his belief that the first team will switch over to Kirkby this season.

However, he stressed that the combining of the facilities would be a mere gesture if the bond between the academy and senior setups was not strong.

“Ultimately it’s about relationships, and it means little if the relationship between the academy and the first team isn’t in a good place,” he continued.

“So we’re very, very fortunate, whether it’s been here at Kirkby or at Melwood, that we’ve had a very good relationship and a strong relationship with the first team.

“[And this] certainly has meant that the geography of where we are has not been quite so important.”

Key to that relationship is the trust of Klopp himself, and the faith he has in young players, with Inglethorpe paying him the “best compliment” he can.

“Jurgen from day one has been fantastic, he’s trusted what we’re doing. I definitely don’t think we’re being micromanaged in any way,” he said.

“I think that he takes a very, very healthy interest in what we do, and the best compliment that I can pay him is he knows the players’ names.

“I think we’ve probably had to earn that trust a little bit, by the players that go up there, they’ve had to carry the name of the academy and prove that they are capable of being in and around the first team.

“But I feel there’s a level of trust, he trusts us to hopefully go about our business of developing young players.”