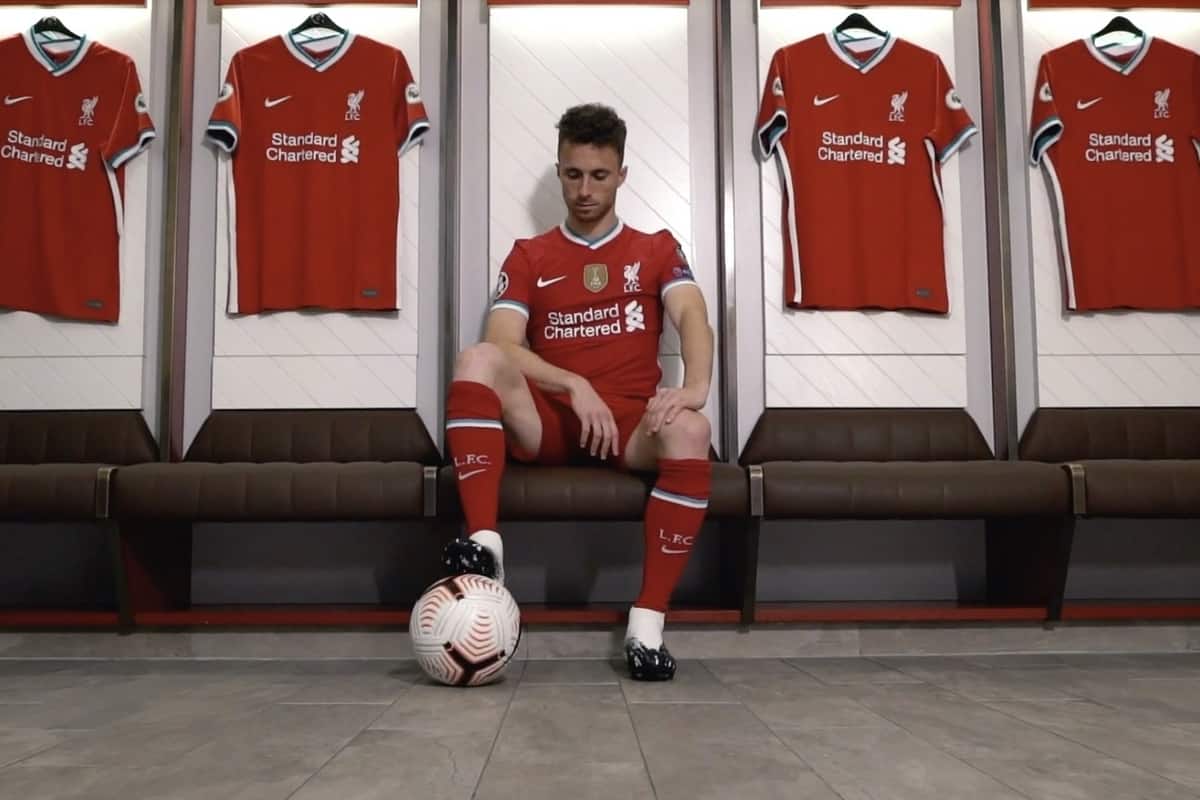 Pepijn Lijnders has revealed Liverpool will field a surprisingly strong side against Lincoln in the League Cup, but was unclear whether Diogo Jota would debut.

Lijnders was standing in for Jurgen Klopp for press conference duties ahead of the third-round trip to Sincil Bank, and outlined an issue for the Reds at centre-back.

Joe Gomez, Joel Matip and Billy Koumetio are still sidelined, with the Frenchman due for a late fitness test on Wednesday but unlikely to start at Lincoln, while Virgil van Dijk and Fabinho should be rested.

That could see Sepp van den Berg and Nat Phillips drafted in for the night, while in midfield, Klopp is set to be without Jordan Henderson who is facing a “difficult” spell out.

Wholesale changes can be expected in the cup, but speaking at Melwood, Lijnders said “some of you will be surprised” at how strong Liverpool are planning to go.

“The most important thing is how we selected our group, how we evolved our squad over these last years give us every year more possibilities to attack each competition,” he said.

“A great example, last year and even the year before I think, we spoke about talent. Do we give them opportunities?

“This phase is gone. These players who were ‘talented’ in that moment are players who represent a position in our squad, have very important roles to play.

“So we feel that we are ready, and like I just said, the team tomorrow will be a strong team. I think some of you will be surprised, to be honest!”

That would imply that Neco Williams, Curtis Jones and Harvey Elliott are all in contention to start, while Adrian is also a nailed-on starter bar any late injury concerns.

It is likely that none of those who started in Sunday’s 2-0 win at Chelsea will be part of Klopp’s lineup at Lincoln, with the likes of Kostas Tsimikas, Marko Grujic, James Milner, Takumi Minamino, Divock Origi and Xherdan Shaqiri available.

There is a possibility that Jota debuts, too, five days after swapping Wolves for Liverpool in a deal worth up to £45 million, though questioned on the 23-year-old, Lijnders would give nothing away.

“Diogo. What can I say? His technical level is on the same as our front three,” the assistant manager continued.

“He has so much future in his feet, and he will have a great pathway inside our club. He’s like a pressing monster, so he will fit in straight away.

“For tomorrow, I can only say that the good thing over the last years is this group created a mentality, the group, the whole team, to see each next game as a final.

“That’s all I can say about team selection, to be honest.”