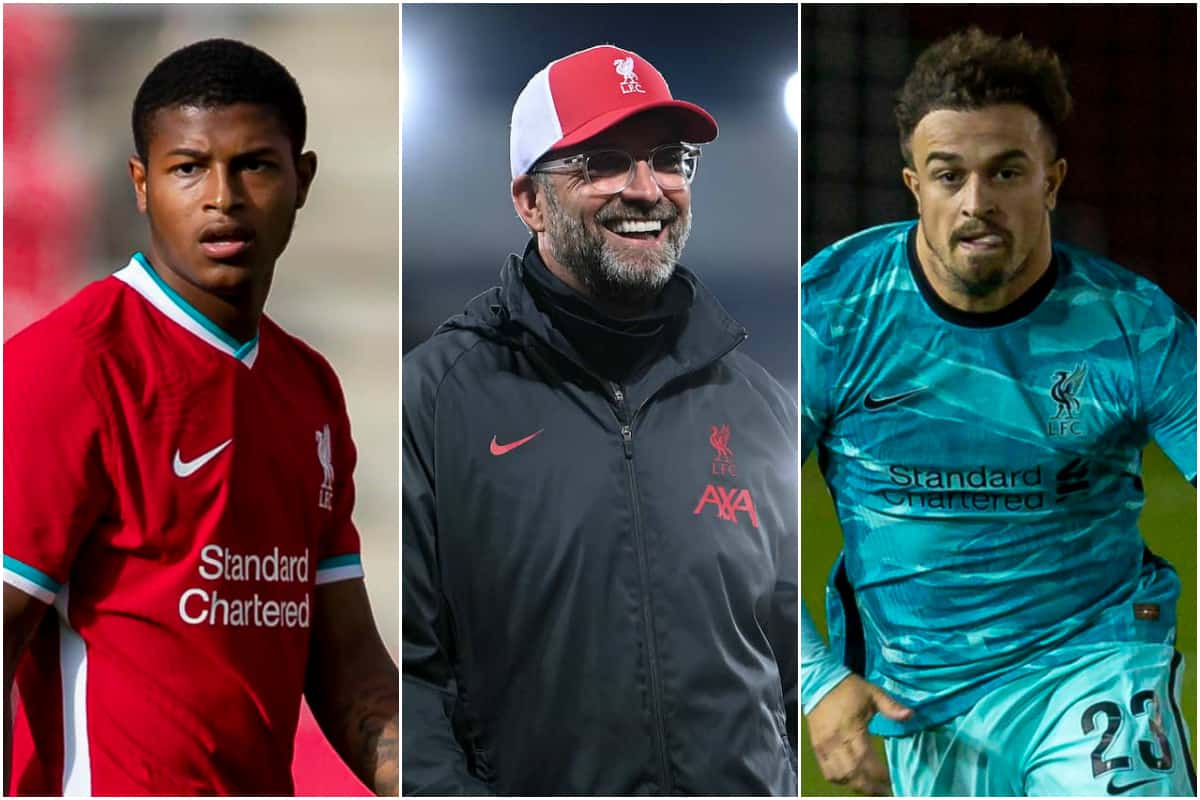 Liverpool are finalising a handful of transfers out in the final days of the window, as the Reds prepare for Aston Villa this weekend.

Klopp hinted at it in his press conference and now it has been confirmed: the Reds will play Everton in the early Saturday kick-off after the international break.

While it’s a great way to get the domestic scene back up and running after another disgraceful mid-season break, complete with an extra game, international travel when most is prohibited and the omnipresent prospect of players contracting coronavirus, it leaves the Reds with an anxious wait.

Fabinho, Firmino and Alisson will all arrive back on Friday, most likely, leaving barely 24 hours to prepare and plan for the Merseyside derby – not to mention getting those Covid tests taken, analysed and cleared.

As well as the derby, the West Ham game has also been moved. By extension, the Sheffield United clash remains a Saturday, 3pm kick-off in between the two televised games on 24 October.

With three new signings in, it’s all about the departures now for the Reds.

Harry Wilson had been linked with Burnley and the Clarets even made an offer, but that move now appears off with the bid having been rejected and Sean Dyche’s side unwilling to match the Reds’ requirements.

The boss also explains here why some players might be allowed to move on – and why he’s perfectly happy to keep the rest of them in place.

Marko Grujic is in line for a move if bids come in which match the Reds’ valuation, with ‘Gladbach, Saints and West Ham all keen according to the latest reports.

Shaqiri, meanwhile, was left out of the Arsenal game as there are two bids for him, one being from Italy.

And Rhian Brewster is close to Sheffield United, and Klopp says it “makes sense” for the youngster to get game time and improve.

To Villa and beyond

One more league game to focus on, then when we come back…it’s the derby and the Champions League.

Stupid transfer of the day

AS Roma are on the verge of agreeing a £20 million payment for Chris Smalling. That’s all we have to say on the matter.

Fiorentina vs Sampdoria at 7:45 or PSG vs Angers in France at 8. Christian Kouame and Federico Chiesa or Neymar and Kylian Mbappe? Your choice.