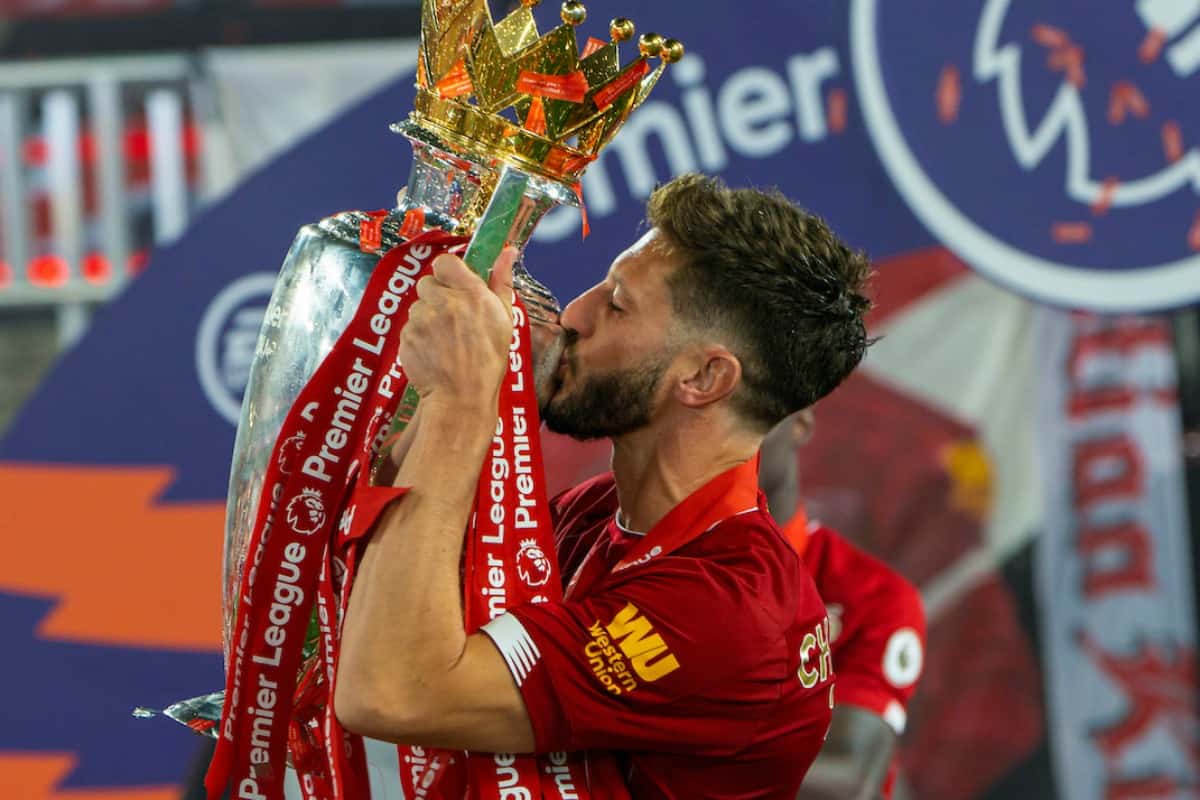 Adam Lallana was told was leaving Liverpool at the end of the season as early as October last year – yet played a huge role in our title challenge just days later.

The veteran midfielder was always an early favourite of Jurgen Klopp‘s, but fell out of favour as the team progressed and his injuries mounted up.

Our former attacker spent most of last season either on the bench or playing a supporting role with the younger squad members in the cups, but he did have one big moment in the Premier League, too.

That came at Old Trafford with his late equaliser to preserve Liverpool’s unbeaten start to the season – and he has revealed that it came just four days after being told he could find a new club for 2020/21.

Speaking to BBC Radio 5 Live, Lallana explained how his close relationship with the boss enabled them to have an open and honest chat, whereby he gained clarity on his role going forward.

Come the end of the campaign, Klopp told Lallana he would be best-served finding a new club as he “deserved to play more”, yet he retained trust in his player, knowing Lallana would give his all while he remained a Red.

“I spoke to Jurgen in October of last year and just sat down and had an open conversation,” he said.

“We had a great relationship and I just said, ‘what’s it looking like for me next year? I know I’m out of contract and I know I’m not playing regularly.’

“Although I had a pretty big role in the squad around the team, I wanted a bit of honesty. He basically said to me in October, ‘get your agent to start looking for another club.’

“That doesn’t mean ‘you’re not in my plans’ or he isn’t going to use me—four days later he brought me on at Old Trafford and I scored the equaliser and I think that shows what type of person Jurgen is. He’s very honest.

“He said to me I deserve to be playing more and I deserve more game time.

“He couldn’t offer that to me so from then I had his blessing and the club’s blessing to give my agent the go-ahead to speak to other clubs.” 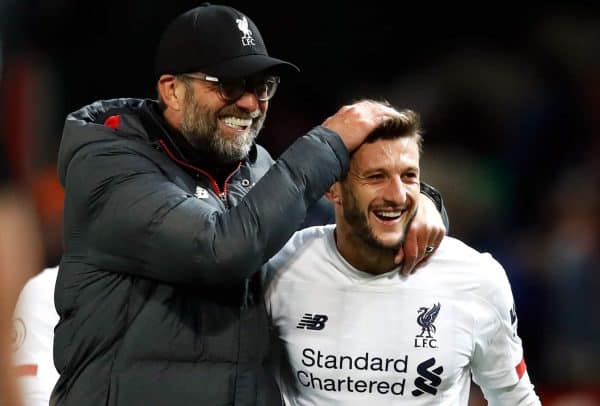 That turned out to be Lallana’s last goal for the Reds, while his 15 appearances in the league ensured he got his hands on a winner’s medal, to sit alongside his Club World Cup one earned earlier in the year, with Lallana appearing in both matches in Qatar.

Klopp’s relationship with his players has often been cited as one of the most critical aspects of Liverpool’s successful team-building programme and it is evident again here of being true: how many coaches would tell a player he effectively doesn’t need them anymore, then bring them on for a crucial appearance days later?

It has turned out well for both parties, in the end, with Lallana’s emotional Anfield exit proving he was a big part of the dressing room, and his place in the squad being filled by the likes of Curtis Jones and new arrival Thiago Alcantara.

Meanwhile, Lallana has already played enough for Brighton this year to account for over 40 percent of his Premier League minutes from last term, showing he also made the right switch this summer.