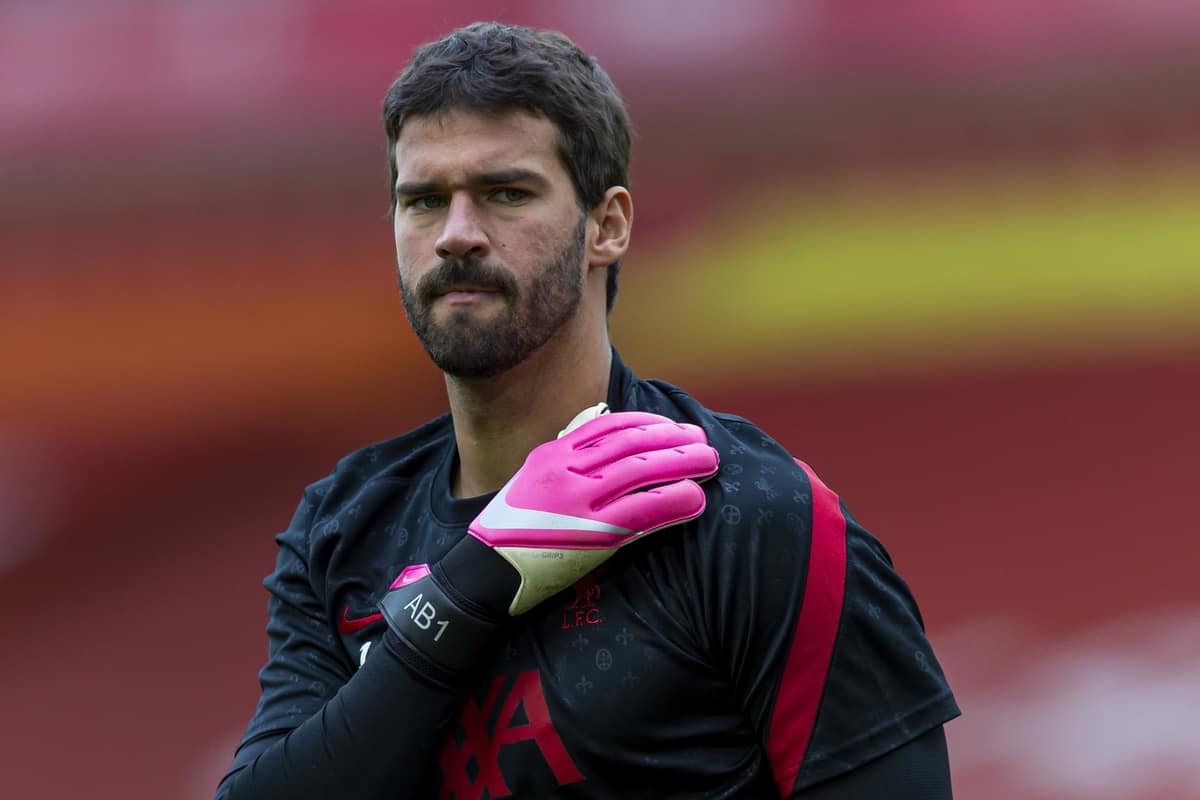 Jurgen Klopp has confirmed Alisson is unlikely to be ready to return to action immediately after the international break after sustaining a shoulder injury in training prior to Liverpool’s trip to Aston Villa.

The Brazilian’s absence for the Reds’ league outing was reported earlier on Sunday after succumbing to a shoulder injury during training on Saturday, and the boss has now confirmed that Alisson requires further assessment and will need to take it “week by week.”

“Yesterday an incident in training, very unlucky – two players clash with each other, one gets up, one doesn’t,” Klopp told Sky Sports before kickoff at Villa Park.

“The one who didn’t get up was Ali. So, after the first few things, we don’t know 100 per cent. But he cannot play today.

“We have to do further assessment, but he’s injured, let me say it like this. Now we hope it will go really quickly.

“It’s an international break, I’m pretty sure after that he will not be ready. Then we have to see week by week.”

While Adrian is a more than capable deputy, it comes as yet another injury blow to Liverpool’s ranks early in the campaign.

Joe Gomez, James Milner, Jordan Henderson, Xherdan Shaqiri and Divock Origi have all battled with injury, while Joel Matip, Alex Oxlade-Chamberlain and Kostas Tsimikas are still in the rehabilitation process.

Sadio Mane and Thiago, meanwhile, remain in self-isolation after the pair both tested positive for COVID-19 but are expected to be in contention after the international break for the trip to Everton.

The injury, of course, means Alisson will not take part in Brazil’s upcoming international fixtures alongside national compatriots Fabinho and Roberto Firmino.

Looking further ahead, Liverpool’s meeting with Everton on October 17 is the first of seven in the space of 21 days as the Champions League group stages commence alongside Premier League exploits and the Reds could face a number of those games without their No. 1.