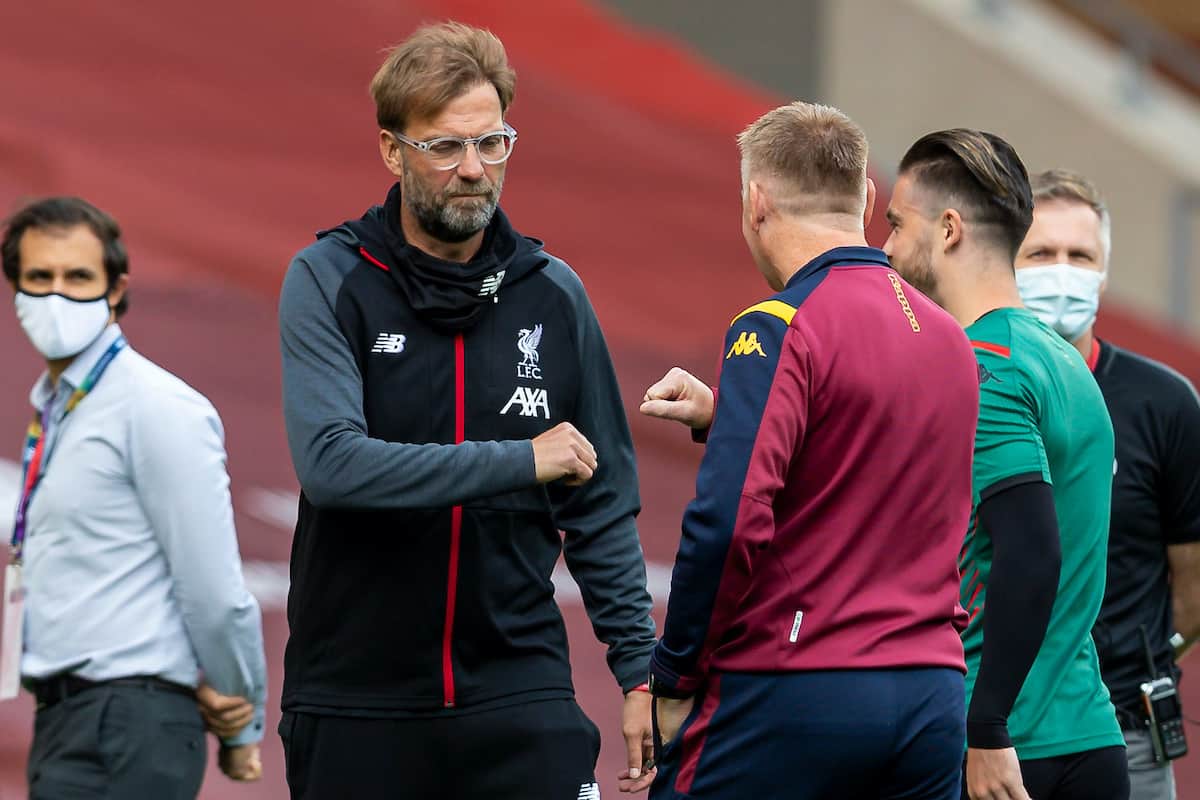 Boss Dean Smith believes the visit of Liverpool will show exactly how Aston Villa have improved.

They beat the drop by a point on the final day of last season but have impressed this season after a summer spree which saw them sign Ollie Watkins in a club-record deal worth £33 million.

He said: “Last season was new to us. We tried to keep the core together but had to add 13 players to a newly-promoted squad so there was always a question mark over what we would get from week to week.

“I feel since Project Restart we have seen a different Aston Villa team. Players who have grown in stature, players that feel and believe they are Premier League players now.

“Since the end of last season we have added quality to that and there is a different dimension to our team now. So in terms of what lines up against Liverpool it will be a great marker for us to see how far we have moved on.”

Klopp’s side won 2-0 at Anfield having returned from lockdown, after Villa beat a Reds youth team 5-0 in the Carabao Cup quarter-finals.

Villa ran the champions close in the league and Smith believes they can again.

“It’s going to be very tough because you just have to look at the cumulative totals they’ve got over the last two years and they’ve started this season exactly the same,” he said.

“We feel, with the additions we’ve made, we should be closer than we were last season to them but where that takes us, who knows.

“Them and Man City over the last two or three seasons have been the ones [to beat] but they pushed on from City last season. It’s going to be intriguing to see how City come back at them.”