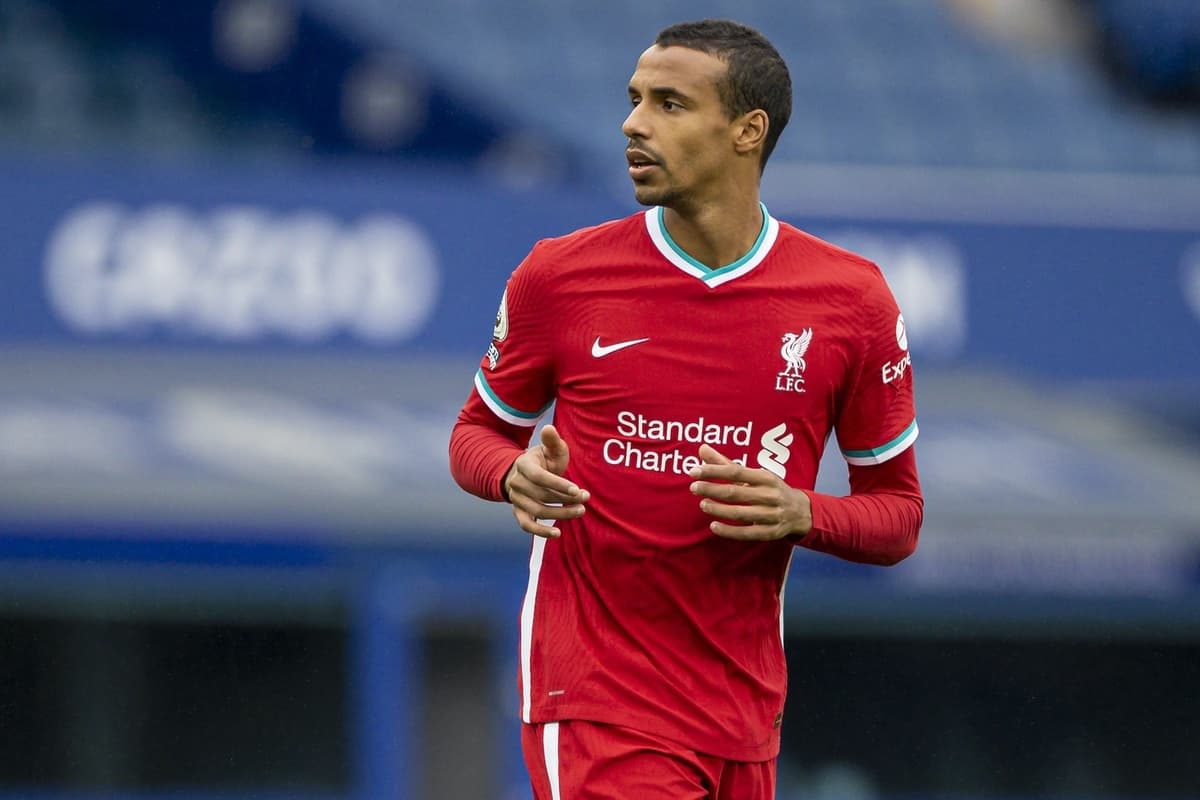 Liverpool’s defensive concerns are mounting up with the news that Joel Matip is also an injury worry ahead of the start of our Champions League campaign.

With Virgil van Dijk out for the long haul, the decision not to replace Dejan Lovren with a fourth centre-back will now be examined for how wise a choice it was.

If the Reds’ other options perform well and stay fit, the call to promote from within will be applauded – but the latter part of that equation is already facing its first test.

Matip has had a terrible run of fortune with his fitness record in 2020, making just one start post-lockdown last season—against Everton—and one other sub appearance in the calendar year prior to that.

The same pattern has been followed at the start of 20/21, with one cameo appearance off the bench before his first start…against Everton.

Our No. 32 managed the full 90 minutes in the derby, but the Times‘ Paul Joyce reports that it came at a cost, with a scan required at the weekend after he picked up a knock.

On the positive side, Joyce says that “no major issue was detected,” but that the boss “must assess whether to start him” against Ajax all the same.

It appears at least one of Liverpool’s defensive starters in the first group game will be either an inexperienced option or an out-of-position option, with Joe Gomez now the last man standing of senior centre-back options.

Aside from the immediate concern of patching together a competitive side to face the Dutch champions—Thiago, Alex Oxlade-Chamberlain, Alisson Becker and Kostas Tsimikas are all also sidelined, while Naby Keita might also be out—Jurgen Klopp will also, over the longer-term, need to consider the constant unavailability of Matip.

For a player who started the 2019 Champions League final and began the next campaign as starter, it has largely been a torrid 12 months since then.

When in-form, he has shown himself to be as impressive a performer as Van Dijk himself in short bursts, and the same is true of Gomez.

But the Reds now need them both to find consistency and become a real partnership—which will be rather more difficult to achieve if Matip is now sidelined for part of the busy upcoming run of games.