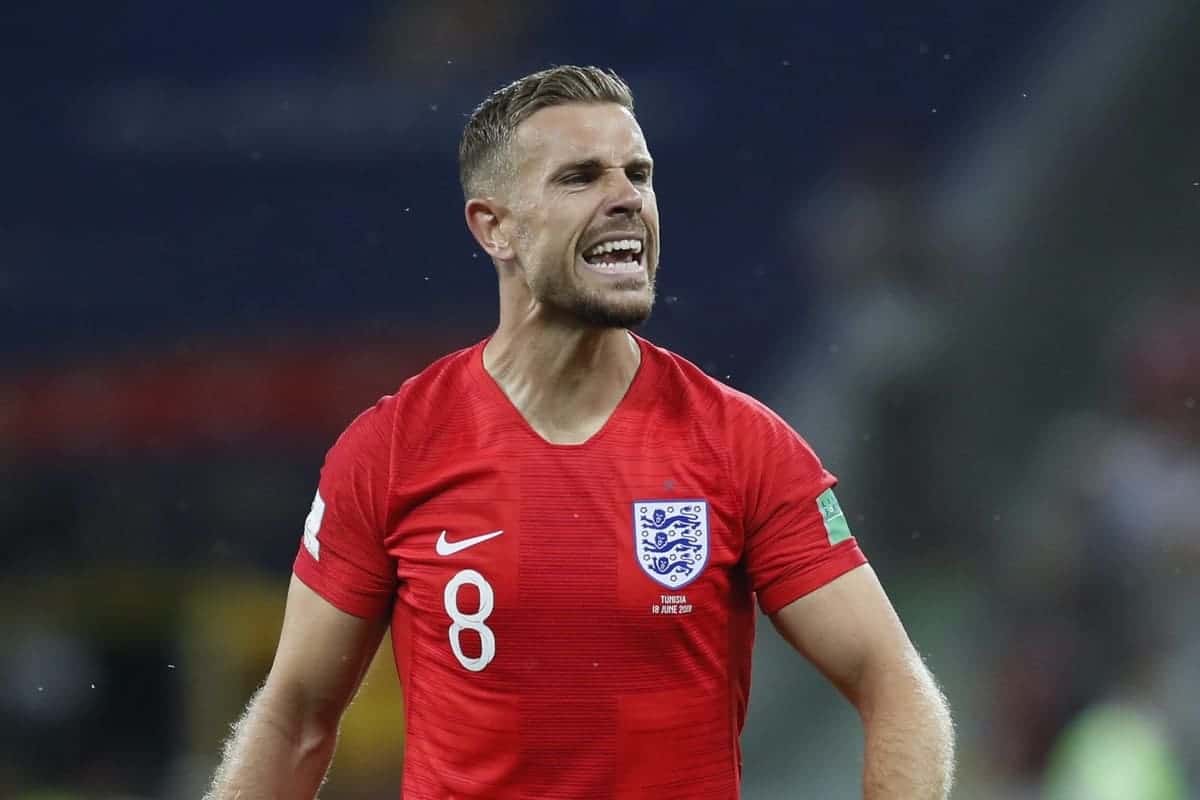 Joe Gomez, Jordan Henderson and Trent Alexander-Arnold were all named on the bench for England’s 1-0 defeat against Denmark, with only the Liverpool skipper making a late cameo.

The Three Lions aimed to consolidate their place atop of their Nations League group with a win over Denmark on Wednesday night, following on from their 2-1 win over Belgium.

It was another fixture where Gareth Southgate rang the changes, with Reece James and Ainsley Maitland-Niles handed their first full start in a side which also boasted Conor Coady and Harry Kane.

For the Liverpool contingent, a place in the stands awaited after all started in one of England’s games during the break – with Henderson having made his return from injury against Belgium.

Southgate continued to deploy his favoured 3-5-2 formation, but again without a specialist left-back as three natural right-backs instead got the nod.

The two teams played out a goalless draw in the reverse fixture in September, but events at Wembley proved to be much livelier and for all the wrong reasons for England.

Within 33 minutes, Harry Maguire was given his marching orders after receiving two yellow cards for two rash and needless challenges before a very questionable penalty was conceded after Jordan Pickford and Kyle Walker initially crowded each other out.

And former Tottenham man Christian Eriksen converted from the spot to hand Denmark the lead at Wembley with half-time looming. 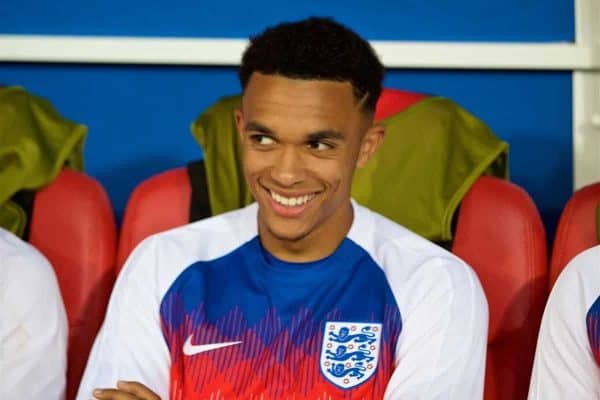 After the break, England continued to search for an equaliser but more often than not found their attempts break down on the cusp of the final third.

It took until the 65th minute for the Three Lions to have their first meaningful attempt on goal, with Mason Mount’s header from close range forcing a strong save from Kasper Schmeichel to keep his side ahead.

Defensively, England continued to look susceptible but with under 20 minutes remaining and still in search of a goal, Jadon Sancho and Dominic Calvert-Lewin were introduced alongside Henderson – but the equaliser never arrived.

Having played 66 minutes against Belgium, it was another valuable opportunity at game time as he continues to build himself back to full fitness after missing Liverpool’s last four games – and his 14 minutes of action also saw him pick up a yellow card for dissent.

Moreover, Gomez and Alexander-Arnold being spared of action will be welcomed by Jurgen Klopp as none should feel the ill effects of unnecessary fatigue ahead of the Merseyside derby.