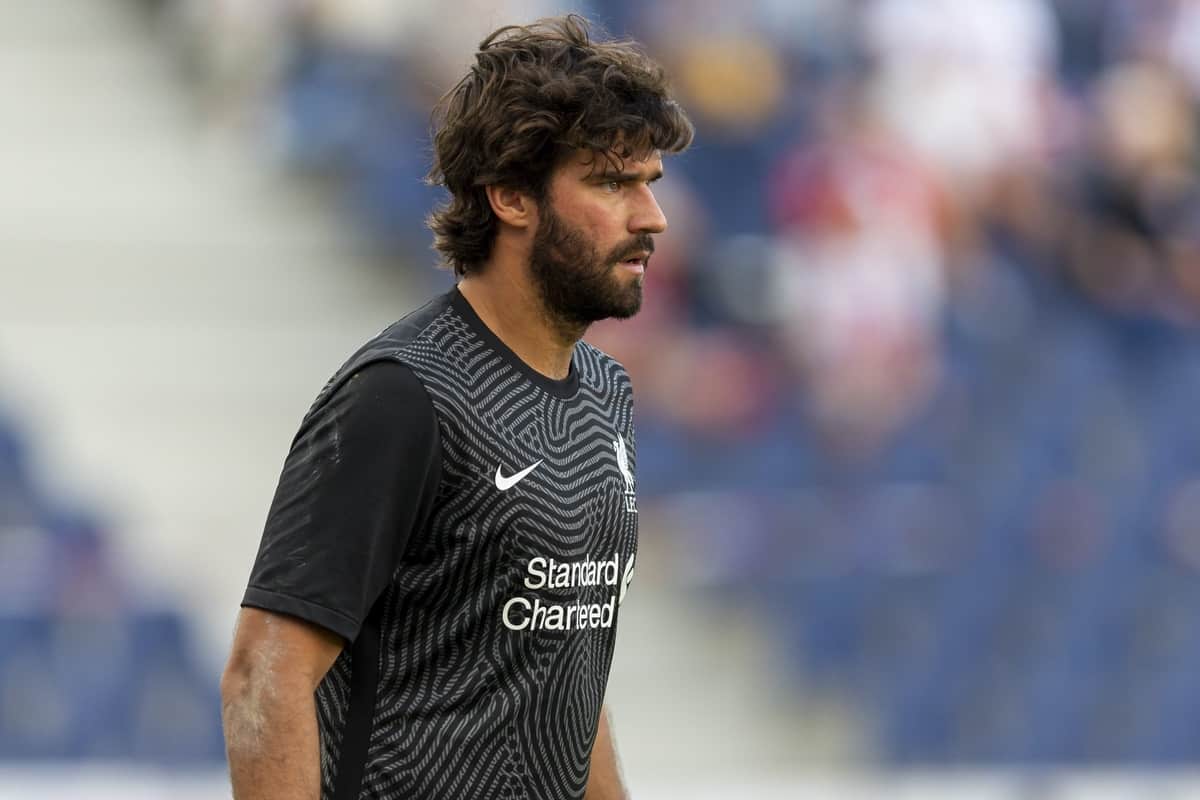 Jurgen Klopp has provided a “very positive” update on Alisson‘s shoulder injury, but is not able to provide a timeframe for the Liverpool goalkeeper’s return to action.

Alisson is expected to miss up to six weeks with an injury sustained in training, and having already sat out of the 7-2 defeat to Aston Villa could be sidelined for another seven games.

The No. 1 will certainly be absent for the Merseyside derby on Saturday, but in his initial comments on the injury, Klopp did say while a six-week layoff is “more likely,” that “four weeks is possible.”

Whether that is the case remains to be seen, but speaking on Alisson‘s fitness ahead of the trip to Everton, the manager revealed he was “very, very positive.”

It could be, therefore, that a four-week absence is possible, which could see Alisson make his comeback in the Champions League clash at Atalanta on November 3.

This would ensure he is available for the trip to take on Man City on November 7, but this remains pure speculation at this stage.

However, Klopp was more emphatic on the inclusion of Thiago and Sadio Mane for the derby, with the pair returning to training earlier in the week following their self-isolation after testing positive for COVID-19. 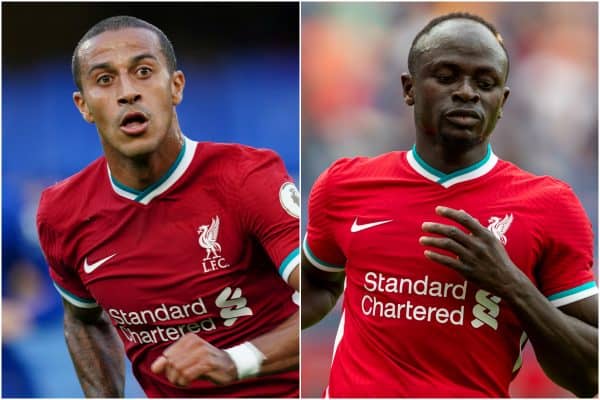 Klopp was asked whether fatigue could still be a factor for the duo, but he suggested that the signs at Melwood were that they would be ready to start, though Liverpool would be “as sensible as possible.”

“Both look really good,” he insisted.

“We would never risk anybody, but usually in these cases at least the last three, four, five days out of quarantine the boys are already ready.

“When they start training again, it’s not that they start from nil. They still have a proper shape.

“So many things are new, this is one of the things, what can I say? But we try to be as sensible as possible.”

Along with Alisson, Naby Keita and Alex Oxlade-Chamberlain will miss the derby, with Kostas Tsimikas also a doubt.