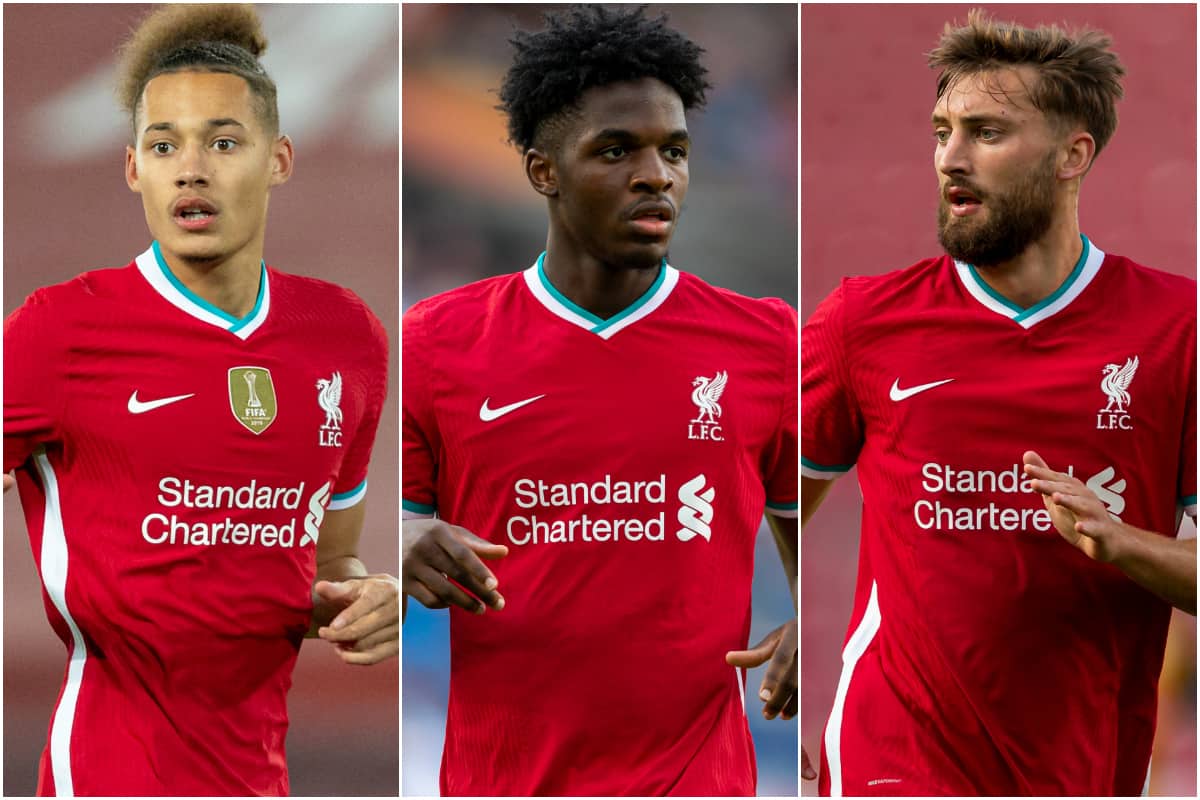 Jurgen Klopp is likely to be without Fabinho and Joel Matip on top of Virgil van Dijk for Liverpool’s clash with West Ham on Saturday, with Rhys Williams backed to fill in.

The Reds look set to head into the weekend without three senior centre-backs, including Fabinho who had been filling in admirably out of position following the long-term injury to Van Dijk.

Fabinho pulled up with a hamstring complaint in Tuesday night’s 2-0 win over Midtjylland, and after the game, Klopp suggested the Brazilian would at least miss the visit of the Hammers.

Meanwhile, in his post-match press conference, the manager was asked about the availability of Matip, who has been sidelined since the Merseyside derby.

“I don’t know. We have to see,” he said, before explaining that the No. 32 could not be rushed back even when fit.

“How it is, if it would be only one game that we play – if it’s the last game of the season – then I think we could make maybe one or the other fit for one game.

“But then we play three days later again, and we need players again.

“The players who are now injured, we cannot use them on the first day of being fit again, or not injured anymore.

“They need a proper buildup for the rest of the season, that’s what we try. And it’s this juggle all the time between the fit players, how much can they play, and when can we use the others again.

This leaves Klopp with Joe Gomez as the only fit, established senior centre-back, and beyond him are three other options: Williams, Nat Phillips and Billy Koumetio.

Williams is the most likely candidate to start against West Ham – though there is still the possibility Jordan Henderson fills in – with Klopp pleading for journalists to not build up pressure on the 19-year-old.

“He did really well. The only problem we, unfortunately, have now is we have four days until the West Ham game,” he explained.

“And you will make a story of him, then he has to prove that he can deal with that as well, because before everything was calm around him.

“He did well, everything looks promising.”

Assessing the rest of his options, Klopp accepted that “we have to choose one of them,” noting the “strange” circumstance that ensured Phillips is not in the Champions League squad.

“Apart from Rhys we have Nat Phillips who, for the reason that we thought he might make a transfer to another club, is not in the Champions League squad, which is strange. But he is a centre-half as well,” he said.

“Billy the kid, I’m not sure if he can train now tomorrow or not, but he will be back in training. 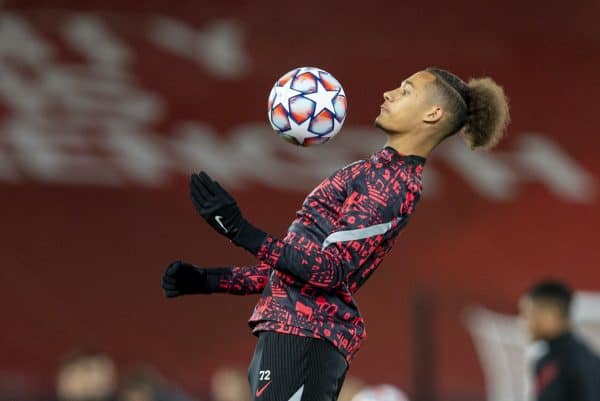 “So we have very young and inexperienced alternatives, in the moment it looks like we have to choose one of them.

“I don’t know yet, but to be really clear and positive, Rhys was not our problem in one situation tonight, he played a really good game.”

It is interesting that twice now Klopp has neglected to mention Sepp van den Berg, the Dutch defender signed from PEC Zwolle last summer, and it appears Williams’ centre-back partner at under-23 level is not under consideration.

Instead, the Reds will forge on with those working with the first team on a daily basis at Melwood, with Williams hoping to build on a promising display against Midtjylland.