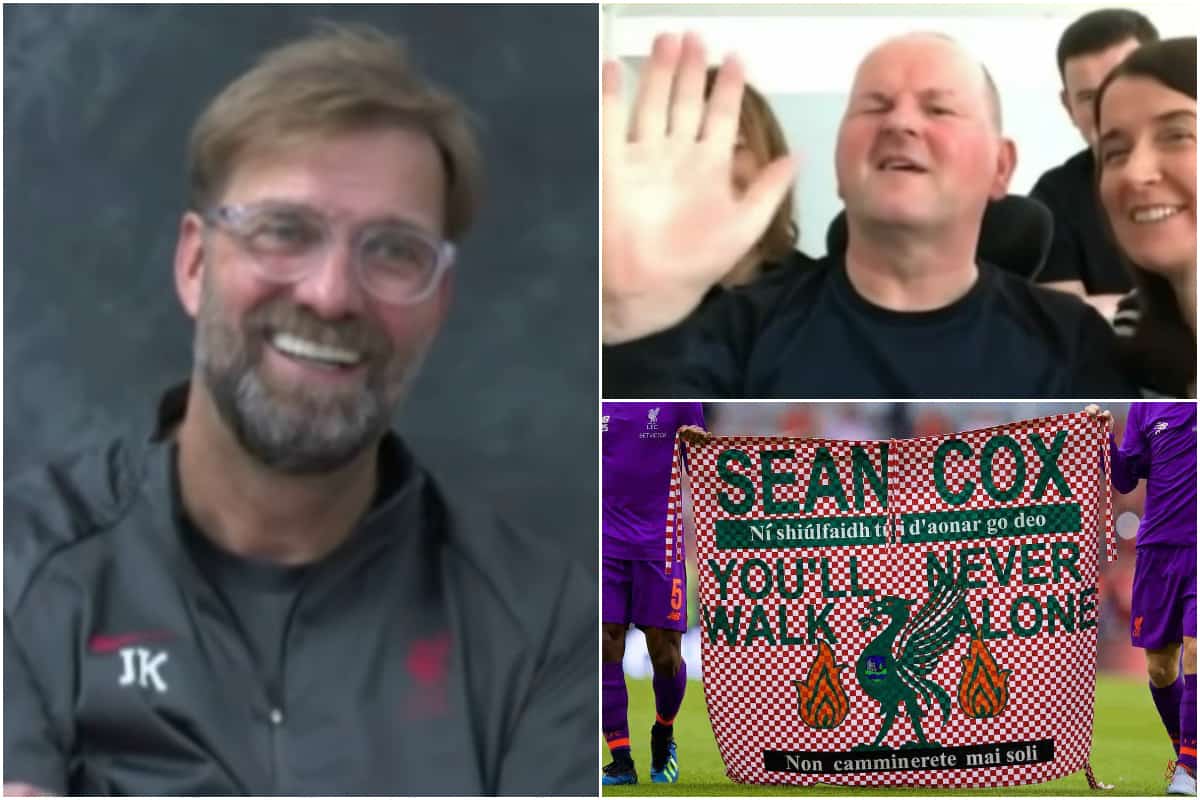 Jurgen Klopp has pledged that Liverpool will “always” provide Sean Cox and his family support, as he reunited with the stricken Reds supporter in a brilliant interview.

It has been two-and-a-half years since Cox was subject to a cowardly and brutal attack from Roma supporters outside Anfield ahead of a Champions League tie.

Now back home in his native Ireland, the wheelchair-bound father-of-three requires round-the-clock care, with his injuries proving life-changing for not only him, but his family too.

Liverpool have supported the Cox family since the day of the attack, and this is unwavering, with Klopp particularly invested in the welfare of Sean, Martin and their children.

Klopp joined the Cox family for an interview with Ireland’s Today FM this month, and vowed that the club “can always find a way” to aid them as they continue to live with the scars of that night in 2018.

“We [at Liverpool] all feel responsible for what will happen from now on, and that we all try to help as much as we can,” he explained.

“And by the way, for you Sean and Martina, that’s still like this – I hope you know that.

“Whatever you need, and when no authority in this country or your country can help, I think we can always find a way where we can make things maybe easier.

“That’s the moment when the club has to show real unity, because it’s not about who’s responsible for it, it’s about who helps after what happened.

“I’m really happy, but it’s much more important that hopefully Martina, Sean and the family is happy about how the club dealt with it.

“But very important is that will not stop, as long as this club exists these things have to happen exactly like that.” 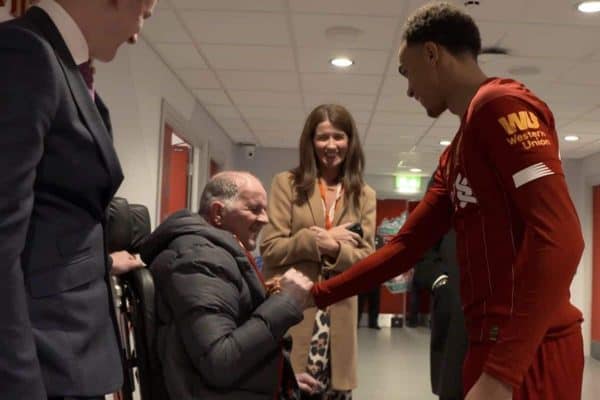 Klopp was intending to visit Ireland for the launch of Martina Cox’s new book ‘With Hope in Your Heart: The Sean Cox Story’, but due to the current situation with COVID-19, he was forced to postpone his trip.

Instead, he told the family that he will fly when safe, and revealed that he would take part in a book signing, joking that only new purchases would be signed.

The interview is truly heartwarming, and while he is much-changed from the man who arrived at Anfield for the 5-2 win over Roma, it is great to see Sean in high spirits as he engages with Klopp throughout.

* ‘With Hope in Your Heart: The Sean Cox Story’ is published by Gill Books and available to buy here.