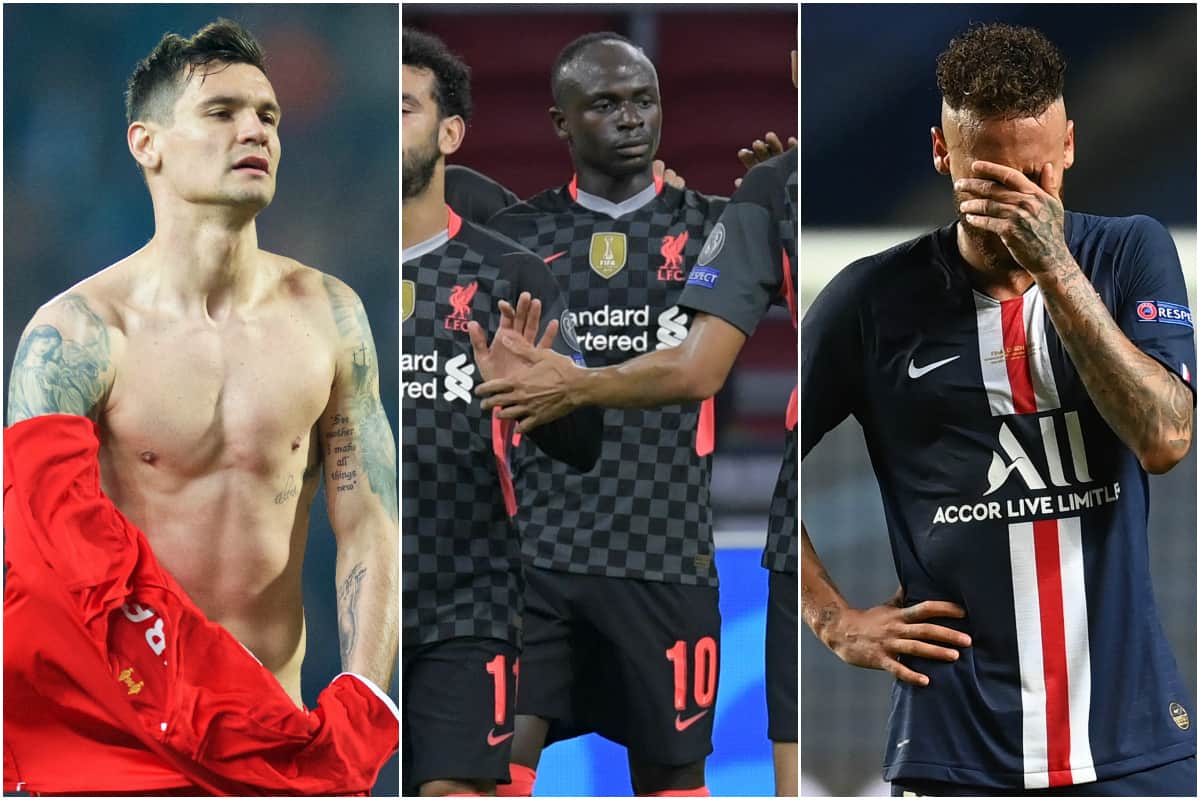 The Reds rounded off the first week of the group stage with a close-fought but well-deserved victory in Amsterdam, as they looked to put a miserable weekend behind them.

An own goal from Nicolas Tagliafico was enough to seal victory over Ajax, on a night that saw Jurgen Klopp start without a host of his key players and substitute three more on the hour as he rests Mohamed Salah, Sadio Mane and Roberto Firmino.

In the absence of Virgil van Dijk, Fabinho was the star man at the back for Liverpool, helping to put to bed muted claims that the club parted ways with Lovren too soon.

Lovren still managed to hit the headlines in midweek, and it was for the right reasons as he struck a brilliant long-range goal for Zenit in their eventual 2-1 loss to Club Brugge.

Stepping up to a loose ball, 40 yards out, the Croatian pushed forward and fired a powerful effort that swerved and hit the post, rebounding off the back of goalkeeper Ethan Horvath – standing in for Simon Mignolet – and into the back of the net.

Unfortunately for Lovren and Zenit, that equaliser was not enough to secure a result, with Charles De Ketelaere scoring a winner for Club Brugge in the 93rd minute.

Despite there being three goals in that tie, eight of the 16 group games in the first week saw the net ripple more often, including a surprise 3-2 victory for Shakhtar Donetsk at Real Madrid.

European champions Bayern Munich were one the most convincing winners of the round, with a 4-0 thrashing of Atletico Madrid, while Barcelona surged past Ferencvaros with a 5-1.

There were other shocks beyond Real’s collapse, with Lazio making light work of Dortmund for a 3-1 win and Man United clinching a 2-1 victory over Paris Saint-Germain, but it was business as usual for the likes of Man City, Juventus and Leipzig.

Elsewhere in Liverpool’s group, Atalanta produced a statement win away to FC Midtjylland, with a 4-0 victory putting them top of Group D, on a night that saw four different goalscorers at the MCH Arena.

Midtjylland are the Reds’ next opponents in the Champions League, and given the October 27 tie is at Anfield, Klopp will be looking for a comprehensive performance from his side against one in their first-ever campaign in Europe’s top-tier tournament.