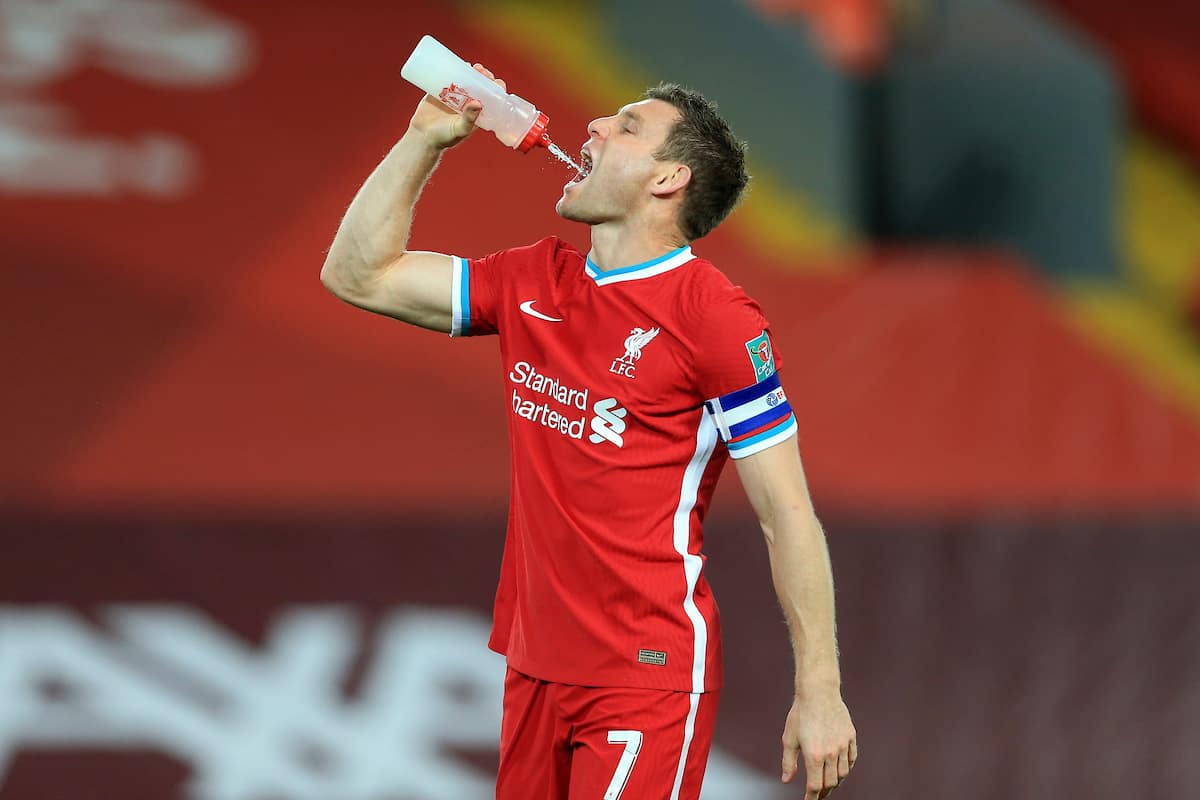 Liverpool lost 5-4 on penalties to Arsenal in the League Cup fourth round on Thursday, following a goalless draw after 90 minutes.

Jurgen Klopp‘s side took on the Gunners for the second time in the space of four days, following Monday’s 3-1 win in the Premier League.

Both managers made numerous changes to personnel and it showed, with chances at a premium in the first half, barring Takumi Minamino hitting the crossbar.

Virgil van Dijk, Marko Grujic (twice) and Diogo Jota were all denied by Bernd Leno after the break, and the latter also curled wide.

It was Adrian‘s turn to bail his side out later in the half, keeping out Rob Holding’s header from point-blank range.

The match finished goalless and a penalty shootout was needed to separate the two sides, and it was Arsenal who prevailed.

There were mixed feelings after the final whistle…

Ah, pretty gutted. Hoped our second string would make it all the way to the final. The Origi miss was the pivotal one. They’ve just missed and then that’s a weak, easily saveable effort. I preferred it when the Reds were invincible at shootouts! Now we always seem to lose them.

“With a team like that, we should be expecting a win TBH.”

Couldn't care less. That was a real chore.

Isn't it mad how times have changed?

20 years ago, 10 years ago, even 5 years ago. Would've been devo'd to go out of the cup that we found winnable.

These days, it's 30 seconds of 'ah well' and then 'right, so what's the next team we're smashing to bits in the league!?'.

“P****d off we’re outta this. Going to be plenty on here saying ‘it’s only the league cup’ and yes it is the bottom priority but it’s still a priority.”

LOL not even arsed.

I don’t like to lose any games, but it’s a blessing in disguise if I’m honest.

Penalties is always, and will always be, a lottery. Really feel for Harry Wilson in particular there. A lot of positives to take.

Never feels good to lose. But let’s be realistic, the league cup at the very bottom of the priority list every season. We put out our under 23s in the quarter finals last season. It’s good for fitness, experience & a shop window. Much bigger prizes in sights for #LFC this season.

Jota impressed on his full Reds debut, and others were also praised…

Grujic probably man of the match, unlucky not to score too. Was powerful in midfield.

Jota looked really bright, he's gonna be some player for us ?

Rhys Williams the biggest positive for me tonight. Again calm & composed all night.

Jota bright again which bodes so well for us

Grujic good but he’s not getting into our team. Time to say farewell to him & Wilson.

Disappointed to miss out but it was an overall good performance. We were the better team. Leno was the difference. Some very good performances from Jota, Williams, Grujic, Jones & Adrian. Wilson was average, Takumi was okay. Next up Villa on Sunday. #LFC #YNWA

“Jota and R Williams were outstanding.”

Disappointing to be out the League Cup again, want to win everything, but played alright there tonight and really should've won. Adrian and Williams made massive contributions. Thought Grujic was boss. Minamino covered every blade of grass. Jota a beast. Onto the next one ??

Grujic was tidy and Jota was excellent aswell ??

“Honourable mention to Grujic and Jota.”

– Rooster on the forums.

Rhys and Neco fantastic. Jota brilliant again, is gonna be a star for us. Grujic proving to be a brick wall. Adrian had a fantastic few saves as well. Positives to be taken.

Wilson and Origi struggled, though, beyond their penalty misses…

Harry Wilson wasn’t that good in the game. Not at all convinced that he should be in the squad. Divock Origi literally seems disinterested in playing. Horrific penalties from both of them.

Expected better from Wilson though as he is good at it.

“I think Harry Wilson will go out on loan or be sold. I don’t see him having a future at Liverpool.”

“Very disappointed in Wilson and Origi, anyone can miss a peno but both were poor during the game.”

as for Origi, that run up is quite literally him in a nutshell. Opposite of a Klopp player. No intensity in any aspect

starting harry wilson and playing origi in 2020 and u think we can compete in cup games ???

A more-than-decent performance from #LFC's second string, who were unfortunate not to win it in the 90 minutes tonight. Arsenal owed that fact to Bernd Leno, who was also the difference in the penalty shootout. Onto Aston Villa!

Beat Villa on Sunday. We probably go top of the league where we might stay for the rest of the season. That's how bloody good we are. #LFC