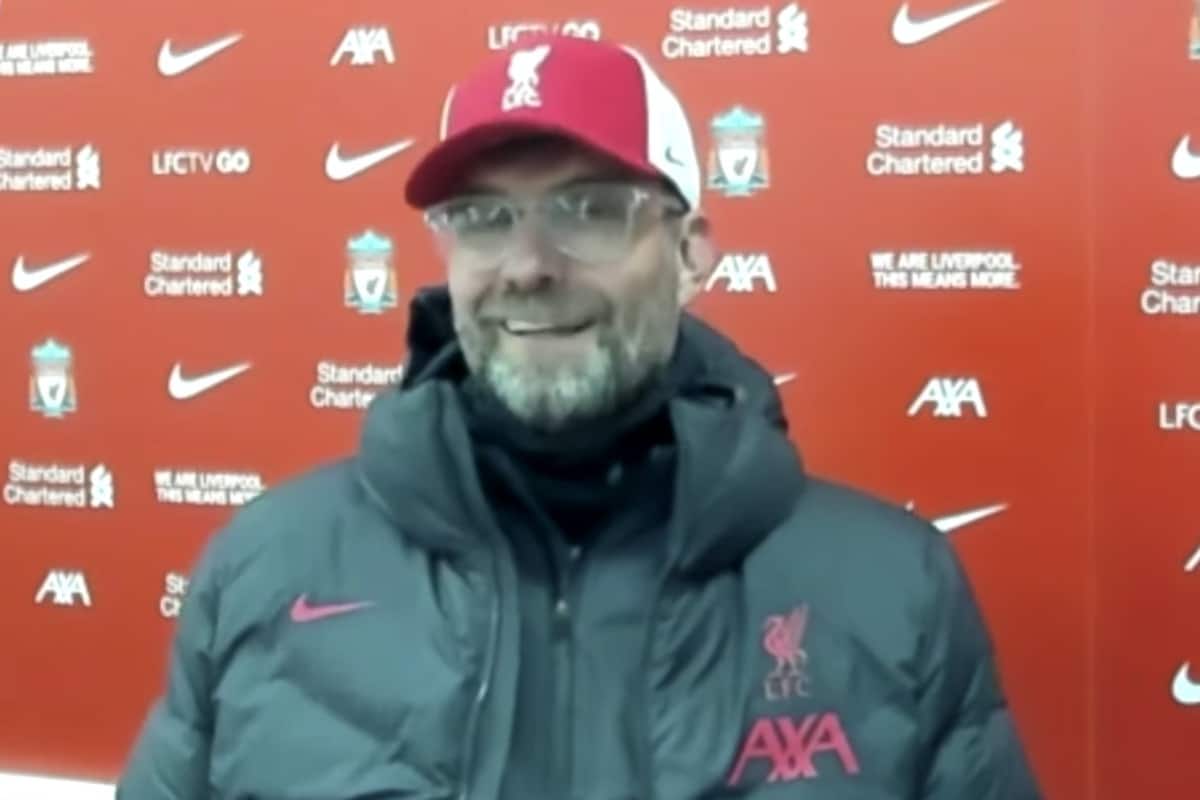 Jurgen Klopp praised the performance of his much-changed Liverpool side but rued their inability to score as they suffered a League Cup defeat to Arsenal on penalties.

The Reds took to Anfield with nine changes from the 3-1 win over the Gunners in the Premier League on Monday night, with Virgil van Dijk and Mohamed Salah the only players retained.

Diogo Jota and Harry Wilson both made their full debuts, while there were starts for youngsters Rhys Williams, Neco Williams and Curtis Jones.

The closest Liverpool came, arguably, was with strikes from Jota, Takumi Minamino and Marko Grujic, with Bernd Leno coming in for praise for his efforts in the keeping the hosts out, as well as saving two penalties in the shootout.

Exiting the League Cup is a disappointment for Klopp, but the manager chose to focus on the positives in his post-match press conference, praising those who came in.

“We had Rhys Williams for the first time, since I’m here at least, on the pitch against a proper Premier League side and he did exceptionally well,” he said, overlooking the fact the centre-back was 14 when he took over in 2015.

“Neco had one or two moments, but apart from that a really good game. Don’t forget, he played against Nicolas Pepe, which was quite a big signing and quite a quality player.

“Harry Wilson, my god! He played in centre-mid more or less, in the No. 8, defended well, I saw all his football skills.

“I liked a lot of parts about the game, but we lost in the game and that’s the part I don’t like.”

The absence of Xherdan Shaqiri caused a stir ahead of the game, and it was later reported that his omission came due to interest from two clubs, including one from Italy.

“I can’t and don’t want to say anything about that,” Klopp said when questioned on the rumours.

“The only thing is that he’s not injured, and there were no disciplinary reasons, so he didn’t do anything wrong.

“Just it’s the time of the year when sometimes the manager gets some information, and I have to react on that. So we will see what happens.”

The manager also gave his reaction to Liverpool’s Champions League group, having been drawn against Ajax, Atalanta and Midtjylland, describing it as a “proper football group.”

With Liverpool now out of the League Cup, there is more time to focus on bigger priorities like the Premier League and Champions League, but losing to Arsenal could restrict the opportunities for the same players Klopp praised afterwards.