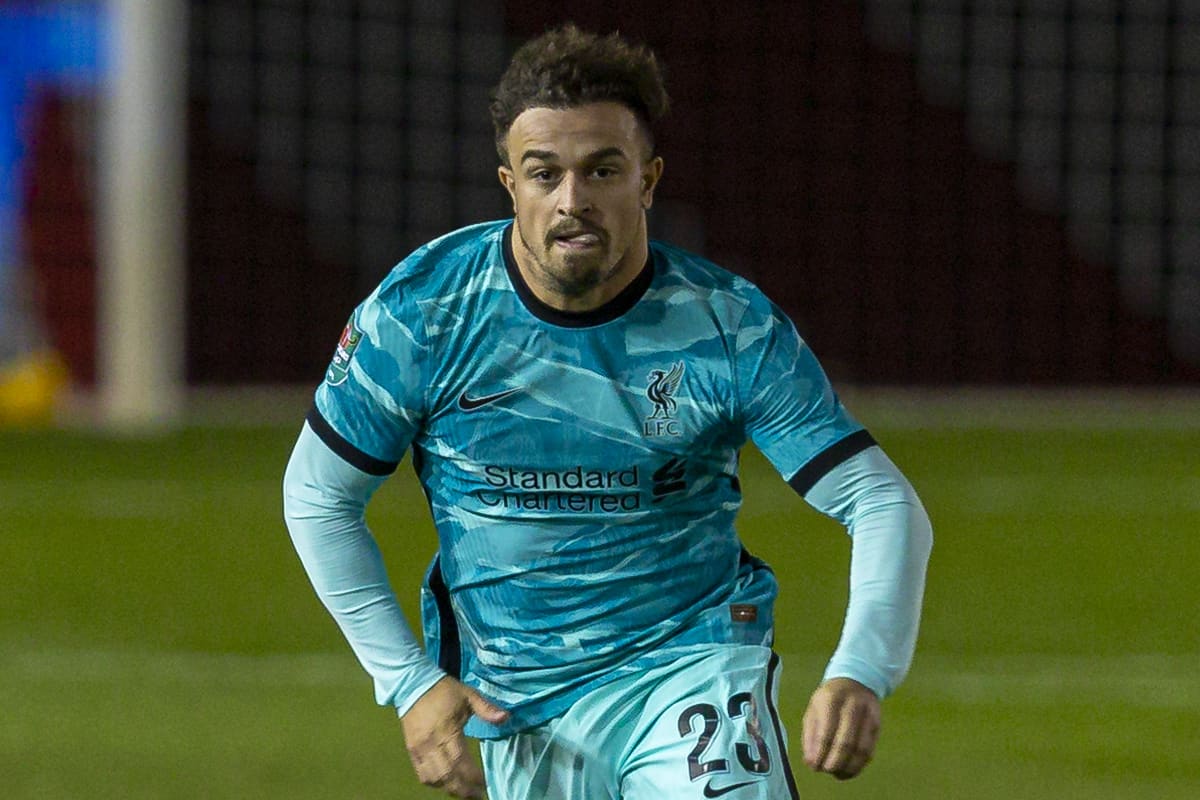 Xherdan Shaqiri was left out of the Liverpool squad for Thursday night’s League Cup fourth-round clash with Arsenal due to late interest ahead of transfer deadline day.

The Swiss made his first start of 2020 in the 7-2 thrashing of Lincoln in the third round, but that now seems likely to be his last for the Premier League champions.

Harry Wilson took his place in the midfield as the Reds welcomed Arsenal to Anfield for the second time in a week, leading to speculation over another injury blow for Shaqiri.

But according to Goal‘s Neil Jones, the 28-year-old was absent after Liverpool fielded interest from two clubs in a deal before the transfer window closes on October 5.

It remains to be seen which sides have approached the Reds, but the Liverpool Echo‘s Ian Doyle claims one is from Serie A, with Lazio previously hoping to sign Shaqiri in January.

Jones speculates that the other suitor could be from Germany, though that may simply be as former Bayern Munich and Switzerland manager Otmar Hitzfeld said on Wednesday that “a club like Gladbach, Leverkusen or Wolfsburg” would suit him.

In reality, a move away from Liverpool would benefit Shaqiri, who has made just 12 outings since his impressive maiden campaign on Merseyside, with injuries and competition for places keeping him out of the picture.

It could well be that late interest in the No. 23 impacts Wilson’s future at the club, with there being suggestions earlier in the week that one would leave, but not both.

The Athletic’s James Pearce reports that Burnley‘s offer of £12 million plus £4 million in add-ons for the Welsh winger was not deemed high enough by the Reds, and now Wilson could end up staying until at least January.

There is certainly an argument for keeping one of the two at Anfield for the coming months, and if a sizeable offer emerges for Shaqiri, then Liverpool may be wise to cash in.