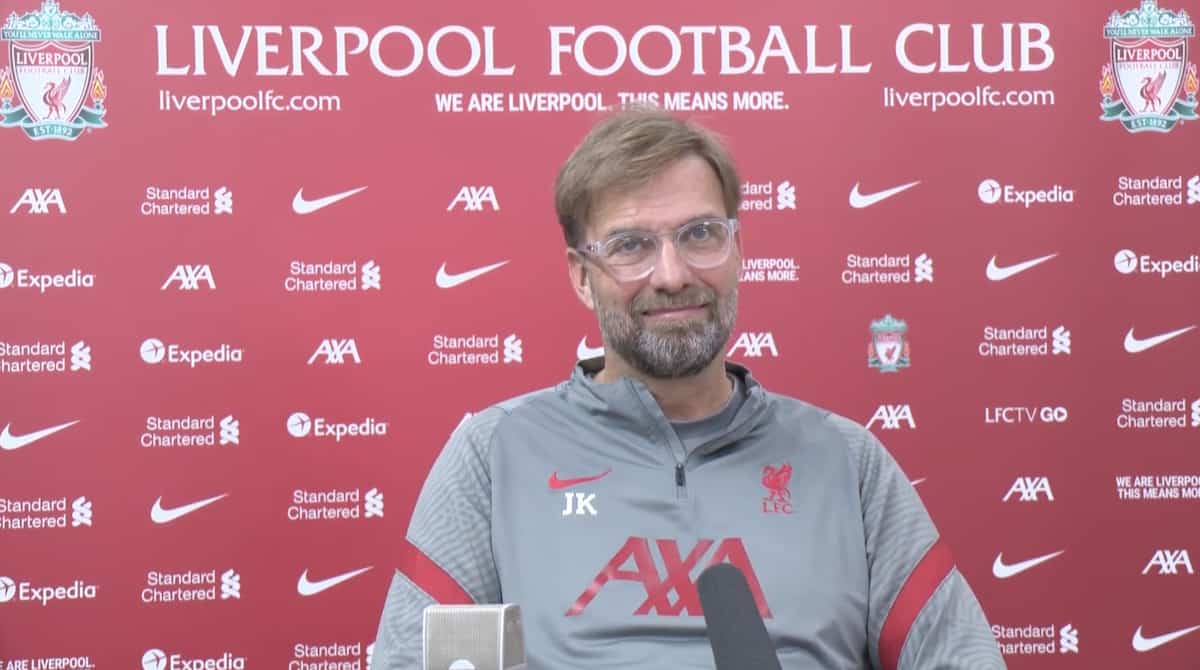 Jurgen Klopp is expecting a “proper” fight against West Ham at Anfield despite the absence of their in-form forward Michail Antonio.

Liverpool’s injury woes have been well-documented in recent days having seen their senior centre-back options dwindle to just one.

It is a challenge Klopp is “excited” to find a solution for and that starts against David Moyes’ Hammers on Saturday evening, who will be without their star man in Antonio due to a hamstring injury.

But the Reds boss was not one to count his loss as a boost for his side as he is well aware of the threat West Ham possess elsewhere, including the potential replacement in Sebastien Haller.

“It’s like everybody when you have a player who plays usually all the time and you cannot use him, that doesn’t help,” Klopp told reporters.

“But even when you maybe don’t know him that good in England, but [Sebastien] Haller – I know him from Germany and he played an incredible season or two seasons at Frankfurt and was an incredible striker.

“A different type but good footballer, quick enough as well, and physically, first of all, similarly strong, if not stronger, brilliant in the air and all these kind of things.

“He could be, but they have different options obviously because West Ham did some smart business in the last one-and-a-half years or so, and even boys who were longer there and were injured are now back.

“David is doing a really good job and that’s a proper fighting unit we will face. And one player less will not make it easier for us, not at all. It will be just a different challenge, not exactly the same maybe.”

The boss also touched on the pleasing news of Virgil van Dijk‘s surgery being a success, the “exceptional” progress of Rhys Williams and Trent Alexander-Arnold‘s potential 100th Premier League appearance.

An injury update also saw Fabinho ruled out of action for “slightly longer” than the weekend, while it is a case of “we will see” over Thiago and Naby Keita for Saturday.