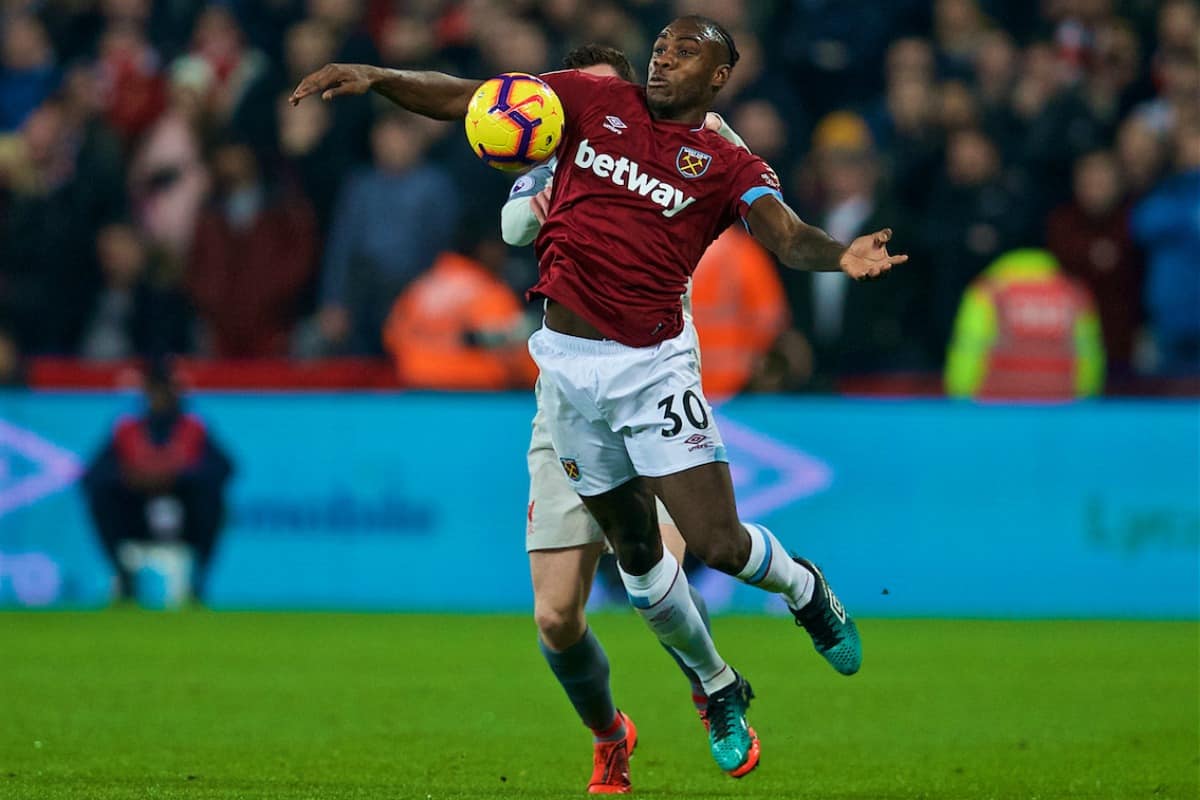 West Ham will be without the in-form Michail Antonio in Saturday’s Premier League clash, with the forward ruled out of action with a hamstring injury.

Antonio was withdrawn from the Hammers’ 1-1 draw against Man City last weekend with 52 minutes on the clock after suffering a hamstring strain which is expected to keep him out of action for at least four weeks.

The 30-year-old has been in fine form since football returned from lockdown back in June, scoring a total of 11 goals in 13 league appearances – only Harry Kane (12) has scored more in that time.

He has proven to be a thorn in the opposition’s side, with pace, a physical presence and a keen eye for goal having proven key in the Hammers’ turnaround after a slow start to the new season.

But ahead of the clash David Moyes confirmed that he will be without his star forward at Anfield as the West Ham manager also touched on the key absence at the back for the Reds.

“He’s been great for us, he’s an important member of the team. We don’t think it is too bad but it is enough to kepe him out of this game that is for sure,” Moyes told reporters.

“Obviously you’d rather play Liverpool without Virgil van Dijk, but maybe they’re looking at it in the same way with us and Michail Antonio.

“We will miss him, Micky has been as good as any striker in the league.”

With injuries mounting at centre-back, there’s no doubting Antonio’s absence is a boost for Liverpool as they look set for more changes at the back on Saturday.

West Ham could instead turn to Sebastien Haller, who has yet to start a league game this season, up top or look to new signing Said Benrahma alongside the likes of Pablo Fornals and Jarrod Bowen.

While the likes of Nat Phillips and Rhys Williams are in contention to partner Joe Gomez, the Reds have a number of injury concerns of their own beyond centre-back Joel Matip, with Naby Keita, Thiago and Kostas Tsimikas still yet to return to action.