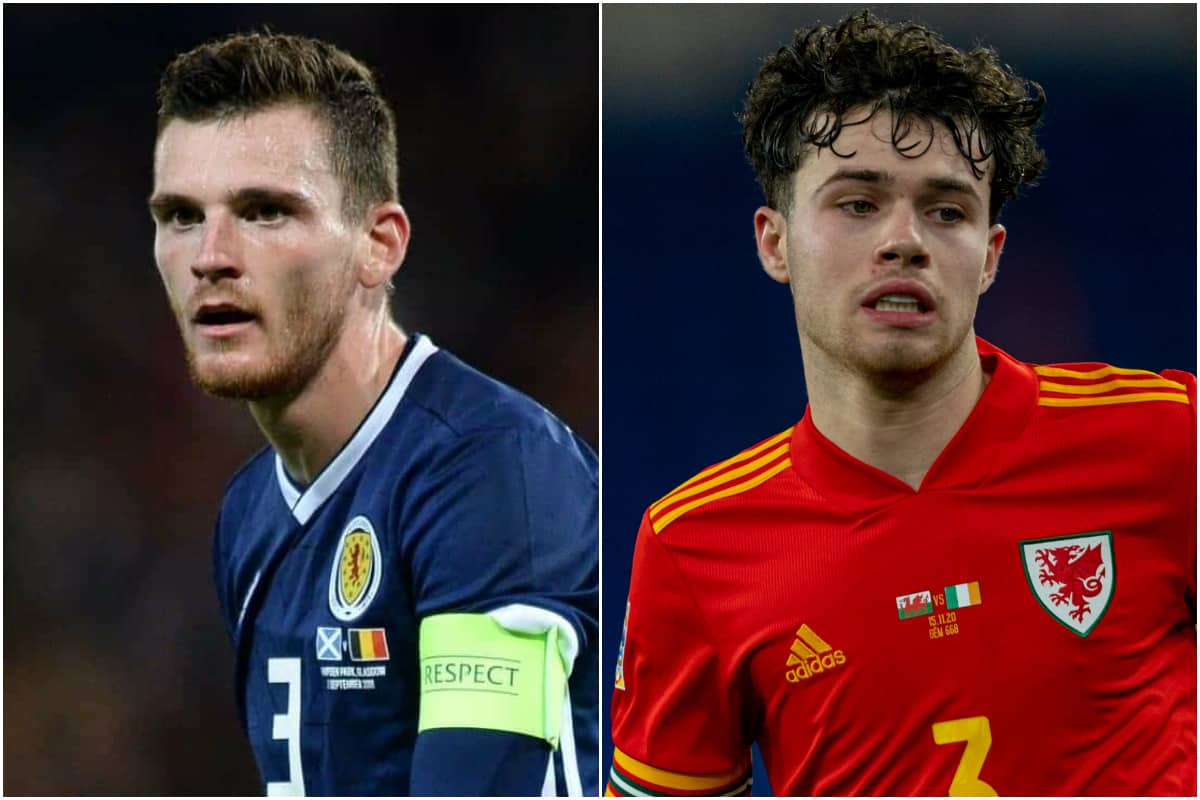 Andy Robertson returned from injury to start for Scotland on Wednesday night, but his fellow Liverpool full-back Neco Williams was unused on Wales duty due to a knock.

Concerns over Robertson’s involvement in the Reds’ clash with Leicester this weekend mounted as the left-back missed the 1-0 loss to Slovakia on Sunday with a hamstring complaint.

The issue was not deemed severe by Scotland manager Steve Clarke, who expressed his desire for the 26-year-old to feature in the final group game of the UEFA Nations League, including him in his squad travelling to Israel.

Robertson started in Netanya and played the full 90 minutes, indicating that he should be fit upon returning to Merseyside on Thursday.

The night ended in disappointment for Scotland, however, as Manor Soloman skinned Scott McTominay and fired past David Marshall for the only goal of the game in the first half, ensuring Clarke’s side did not earn promotion.

Hopefully Robertson is now available to start against Leicester on Sunday, though fortunately Kostas Tsimikas was able to pick up valuable game time during the break with Greece.

Tsimikas started in their UEFA Nations League tie at home to Slovenia on Wednesday, making way as a stoppage-time substitute due to a red card for Pantelis Chatzidiakos, as the game played out as a 0-0.

The 24-year-old is expected to be rotated with Robertson in the coming games, with injuries mounting up elsewhere in defence.

With Trent Alexander-Arnold out, there is pressure on Williams to step up to the plate along with James Milner as stand-in right-backs, but the young Welshman is struggling with a minor issue of his own.

Wales interim manager Robert Page confirmed that the teenager had taken a “kick to the foot” in the 1-0 win over the Republic of Ireland on Sunday, giving him a night’s rest on the bench for the visit of Finland. 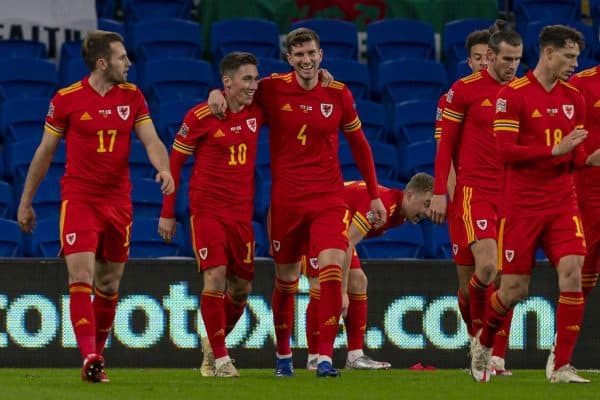 Harry Wilson scored the opener in Cardiff – having already seen Finland’s Jere Uronen sent off for hauling him down when through on goal – with the Liverpool loanee running onto Gareth Bale’s pass to fire in with his left foot.

Further goals from Daniel James and Kieffer Moore ensured Teemu Pukki’s second-half strike was a mere consolation, with Wales earning promotion to the top group of the UEFA Nations League.

Meanwhile, Caoimhin Kelleher was an unused substitute for Ireland’s 0-0 draw with Bulgaria and Marko Grujic missed Serbia’s 5-0 thrashing of Russia with a suspected concussion.

The international break is now, mercifully, over, with the Liverpool squad set to reconvene at Kirkby this week.