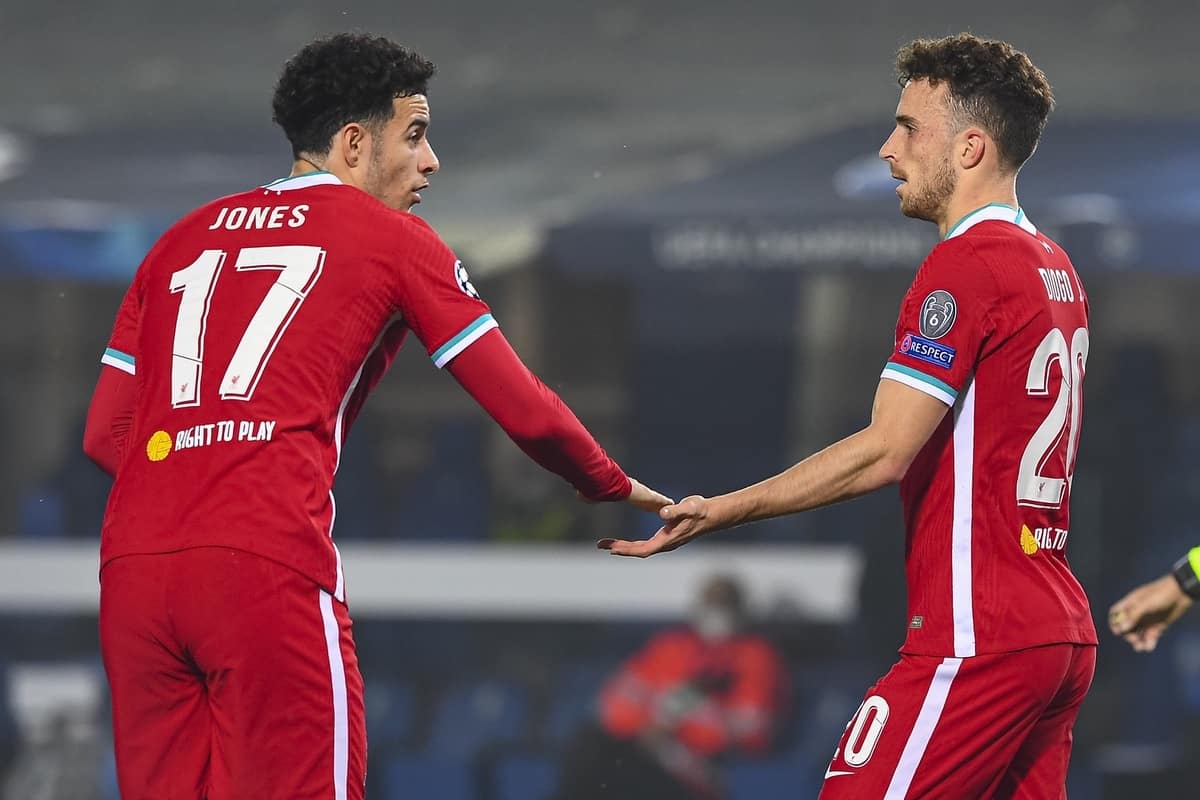 Liverpool were sensational in their 5-0 win away to Atalanta on Tuesday night and there was no guessing who their star man was in Italy.

The Reds arrived for what looked like a testing Champions League assignment, but instead they tore their Serie A opponents to shreds.

Jota scored twice in the first half to put Jurgen Klopp‘s side in complete control, before Mohamed Salah and Sadio netted shortly after half-time.

It was Jota who delivered the icing on the cake, both for himself and the team, completing his hat-trick and finishing off the scoring.

The win leaves Liverpool on maximum points after three Group D games, with their place in the last-16 on the verge of being secured. 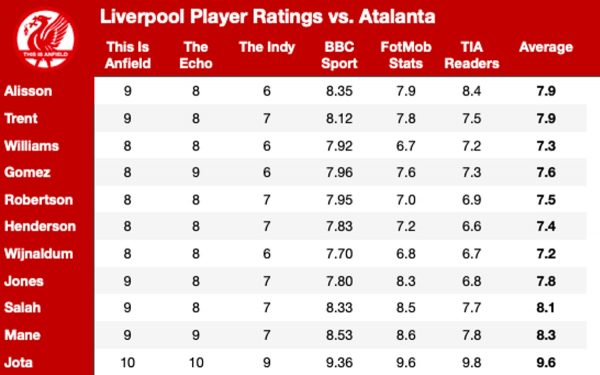 Incredibly, Jota took home an average rating of 9.6, summing up how good he was against Atalanta.

The Portuguese was ruthless in front of goal, his pace was a constant problem for the hosts and he linked up superbly with Salah and Mane.

Ian Doyle described the 23-year-old as “outstanding,” as he took his tally for Liverpool to seven goals in just 10 appearances.

Mane (8.3) was in second place in the ratings, not only getting on the scoresheet, but playing an outstanding pass to Jota for his third of the evening. 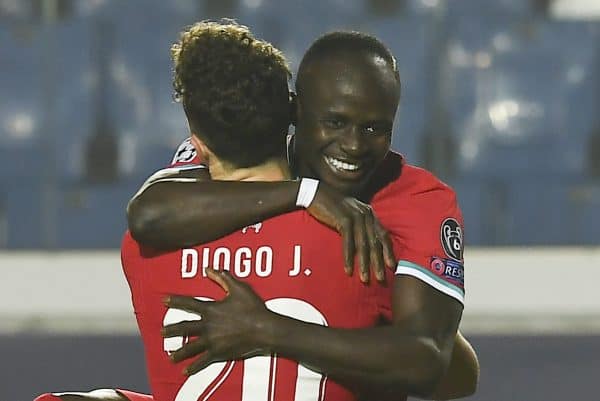 The Independent‘s Tom Kershaw felt the Senegalese “combined brilliantly with Jota throughout,” also lauding his “wonderful lob over the oncoming goalkeeper.”

Completing the top-three was Salah (8.1), who added another goal to his ever-growing collection.

Liverpool’s No.11 made two key passes against a powerless Atalanta side and enjoyed a 100 accuracy shot accuracy, hitting the target with all three attempts.

Gini Wijnaldum (7.2) got the lowest average, but he was still impressive throughout the night, with Nalton saying he was a “good protector of the ball and a clever dribbler in midfield.”

Next up for Liverpool is a crucial Premier League clash with Man City at the Etihad on Sunday.