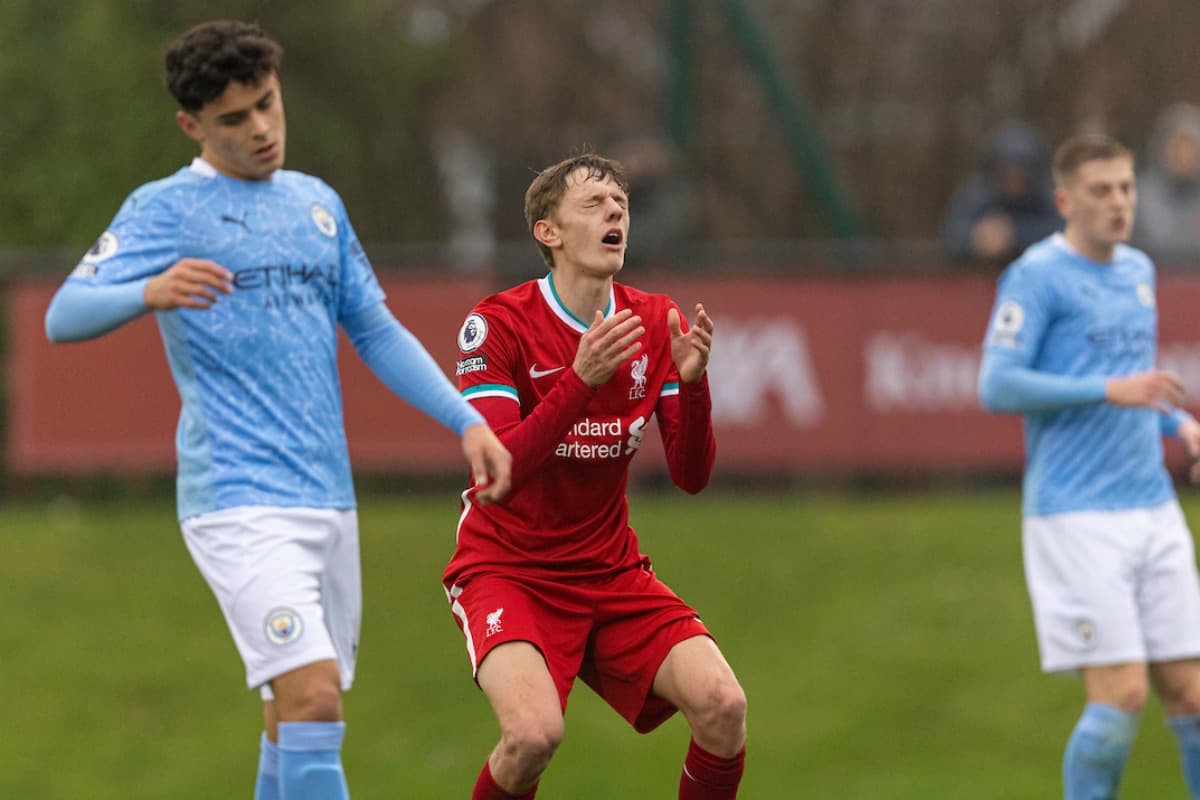 Liverpool under-23s were on the end of a heavy 7-2 defeat in an error-riddled performance against Man City on Saturday afternoon.

Barry Lewtas’ side headed into Saturday’s fixture with the opportunity to cement their place at the top of the Premier League 2 table following on from a four-game unbeaten run in the league.

They were coming up against a Man City side breathing down the back of their necks, despite having a game in hand, and despite being on home soil they were convincingly beaten.

A first start for the U23s came the way of Owen Beck at left-back, fresh of a new deal with the club, while Billy Koumetio took his place in the heart of the defence and Leighton Clarkson was in the starting XI fresh off the back of a place on the bench in the Champions League in midweek.

And while the prolific Layton Stewart had an early sight of goal, which was parried away, the young Reds would be punished for their carelessness at the back.

Koumetio was dispossessed in front of his own goal to leave Caoimhin Kelleher with little chance to deny Cole Palmer at the 20-minute mark before City doubled their lead five minutes later after Adrian Bernabe latched onto a loose ball on the edge of the area.

Two would soon become three as Palmer netted his second after finding the ball at his feet following a solid save from Kelleher in the moments prior in what was a busy half for Jurgen Klopp’s third-choice goalkeeper. 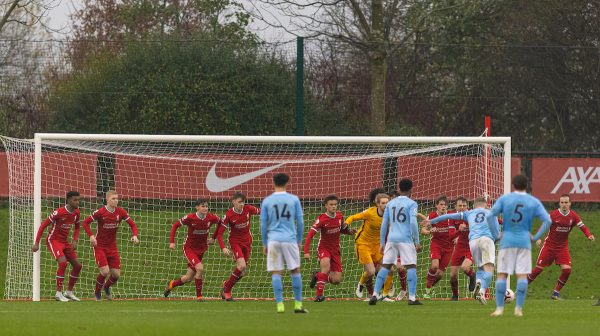 The Reds started on the front foot after the interval and gave themselves a glimmer of hope having pegged a goal back after Tyler Morton tucked away the rebound from Liam Millar’s initial shot.

It was to be the first of six goals in the second half, four of which went the way of City – with Clayton netting his third of the season for the U23s and the Reds’ second goal of the afternoon to make it 4-2 in the 57th minute.

And while Kelleher did his best amid an onslaught after a series of errors from Lewtas’ side in possession, he was unable to stop City as they piled on a further three goals to inflict a 7-2 defeat – the last of which was from an indirect free-kick beyond a wall of 11 Reds merely yards away from goal.

The result leaves Lewtas’ side on 16 points after nine games, enough to hold on to top spot as Man City, Chelsea and Blackburn all have a game in hand – the latter of whom is next up for the young Reds.