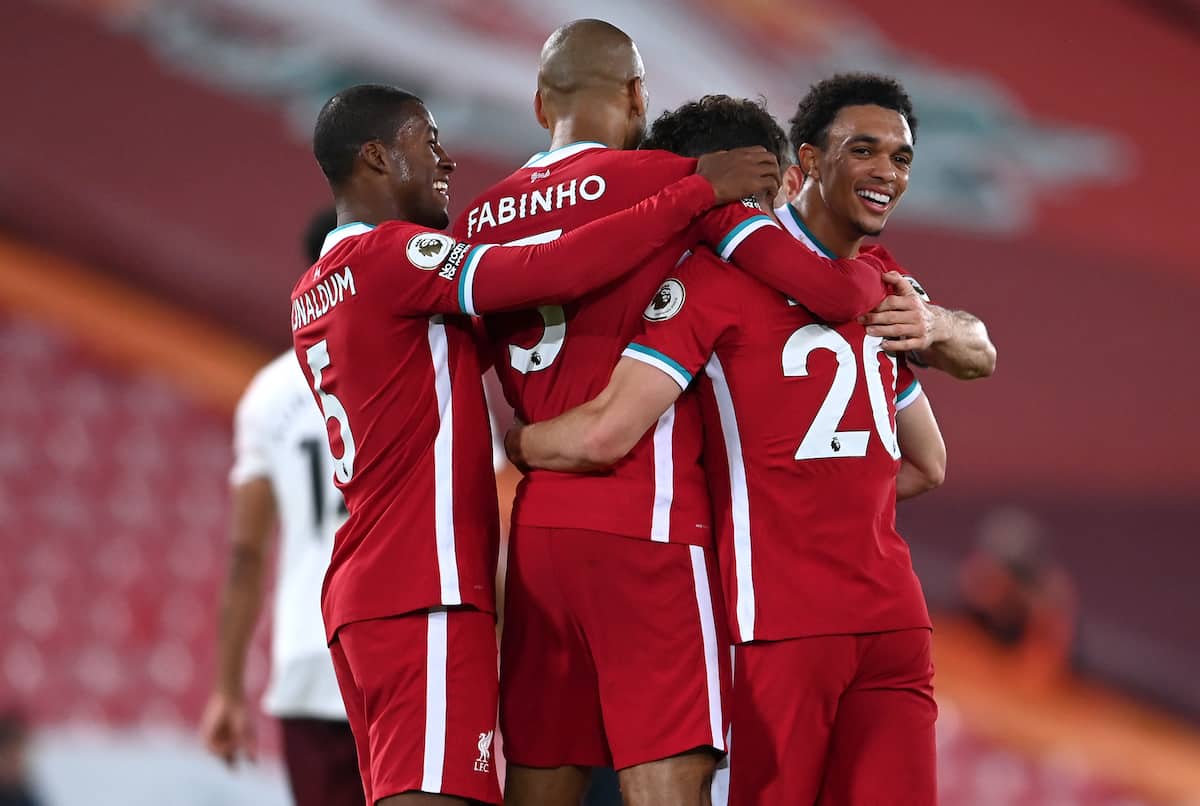 The culmination of shrewd signings in the transfer window and the continued growth of Jurgen Klopp‘s side has seen Liverpool nestle at the top of the rankings for the most valuable squad.

The Reds’ recent success speaks for itself, with a European Cup, Super Cup, Club World Cup and Premier League title all added to the trophy cabinet in the last 17 months.

The trophy haul is a tangible reward for the overhaul undertaken by Klopp and co. since his arrival in October 2015, with the team and club as a whole unrecognisable from the one the German walked into five years ago.

From the redevelopment of Anfield, the construction of a new state-of-the-art training facility, a myriad of lucrative commercial deals and sponsorships in addition to the all-important investment on the field, Liverpool’s powerhouse status has been well and truly restored.

And an update to Transfermarkt‘s global squad valuation rankings has seen Liverpool emerge as the cream of the crop, with an eye-watering market value of £973.35 million.

The database provides statistics of players throughout the Premier League and every other league around the world, allocating a value to each based on their ability.

The Reds’ valuation sees them placed as the most valuable squad in world football, with Man City (£971.64m) sitting in second-place by a margin of just £1.71 million.

Liverpool’s figure is a slight drop from their estimated worth of £1 billion in June last year due to their activity in the transfer market and form, but alongside City, they sit comfortably ahead of their European counterparts.

Sadio Mane and Mohamed Salah share the crown for the Reds’ most valuable player with a tag of £108 million, making them the joint fourth-highest valued players in the world behind only Kylian Mbappe (£162m), Raheem Sterling (£115.2m) and Neymar (£115.2m).

Notably, Trent Alexander-Arnold is the highest-valued defender in the world’s list, settling in in ninth place at £99m, ahead of Lionel Messi (£90m), with Virgil van Dijk and Alisson Liverpool’s next cabs off the rank with a valuation of £72m.

It is just one number for the all-conquering Reds, but it is one which continues to show the continued growth and transformation of Klopp’s side – the one he inherited had a value of £320.40m.