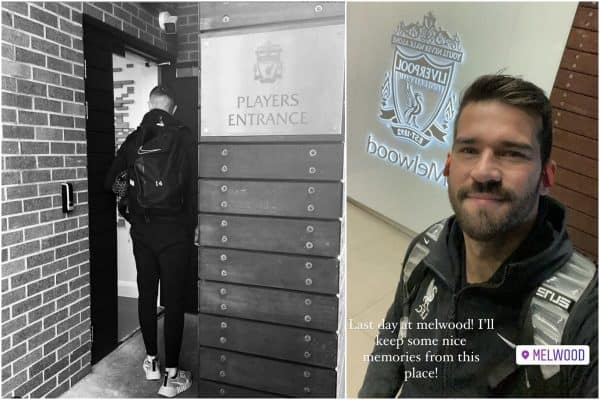 Jordan Henderson was in a reflective mood after training at Melwood for the final time ahead of Liverpool’s move to Kirkby.

It’s a momentous month for Liverpool Football Club as they pack up their belongings at Melwood, their training home for over 70 years, to make the move to Kirkby.

Jurgen Klopp‘s side graced the pitches at the training base for the final time on the eve of the Premier League game with Man City, with the transition to the AXA Training Centre to take place over the international break.

Melwood is an iconic part of the club, with Bill Shankly key to its revitalisation upon his arrival in 1959 – helping to turn what he called a “sorry wilderness” into a hub which would be considered a second home to Liverpool players for decades.

A new chapter now awaits, with Liverpool uniting the first-team and the academy under one roof at Kirkby to breathe life into the long-term vision curated by Klopp and the owners.

And for the captain, it was a moment to reflect on as he reported to Melwood for the last time on Instagram:

When he first graced the halls of Melwood in 2011 he was just a fresh-faced 20-year-old from Sunderland, fast-forward nine years and he is the captain of the club, one who has helped add five honours to ‘The Champions Wall’.

In Henderson’s time, he has worked under three different managers and played alongside countless players as he honed his craft and day after day showed how invaluable he is to Liverpool Football Club.

It’s been a shorter stint at Melwood for Alisson who joined in the summer of 2018 and he penned his own farewell, saying: “I’ll keep some nice memories from this place!”

It is certainly an emotional farewell for all associated with the club, but a new chapter now awaits at Kirkby.