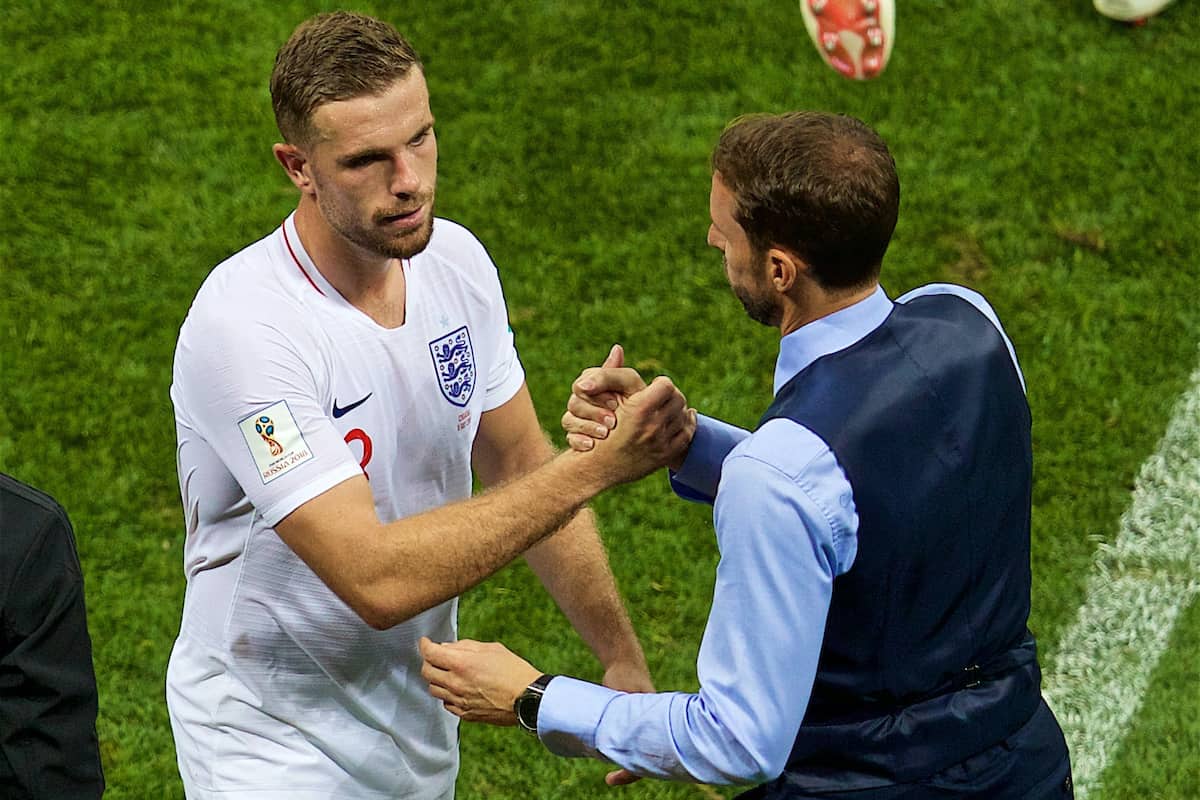 Gareth Southgate has joined the clamour for the reintroduction of the five substitution rule in the Premier League as he expressed his fears over the rise in injuries.

There has, rightly, been a lot of talk and debate surrounding player welfare in recent weeks as injuries continue to mount amid an unforgiving schedule on the domestic and international scene.

And despite being in the knowledge that players would see demands weigh heavily on their bodies in what is a condensed season, the majority of Premier League clubs voted in favour of bidding farewell to the five substitute rule following its introduction post-lockdown.

The decision left England as the odd one out as the majority of European leagues persisted with the rule to provide teams with more opportunity to rest and rotate.

A host of Premier League clubs opposed its stay in the division due to fears over competitiveness with the top clubs having access to larger squads.

But with injuries continuing to mount it increasingly appears to have been an inward-looking decision with only the players to pay the price.

Jurgen Klopp has been vocal in his disdain for it being thrown out having insisted, “It’s not an advantage, it’s a necessity,” and he has not been alone with both Pep Guardiola and Ole Gunnar Solskjaer having also voiced their concerns and desire to protect the players.

And after seeing a host of his players withdrawn before and during their time with England in the November break, including Trent Alexander-Arnold, Joe Gomez and Jordan Henderson, Southgate has questioned whether it will take a series of “nasty” injuries before a change is made.

“We were able to make five changes against Belgium – we made four in the end – and clubs don’t have that option,” the England manager said, as quoted by the Guardian.

“What will it take for that to change? There were a couple of less serious injuries against Belgium but what do we do? Wait until we get a load of really nasty ones?

“I have to be fair to the club managers. They are their players firstly, and they have the right to play them as they see fit. What we have got to do as a collective is to try to help the load.

“We could not have prepared physically any better than we did last week. We have given players extra days’ recovery. We have tapered the training appropriately and we have still ended up with a couple of injuries.

“So that is a worry in the longer term because with no winter break… something has to give.”

While more substitutions are allowed, international football is also a contributing factor with aimless friendlies squeezed in alongside two other fixtures amid the domestic schedule.

But the point Southgate and his fellow managers make remains, as it cannot simply be a role of the dice for players and their wellbeing until the dam wall breaks.

The Reds alone have already seen 14 players sidelined with injury just eight league games into the 2020/21 season, two of whom are to be out for the majority, if not all, of the campaign.

With this season rolling into summer tournaments, including the European Championship and Copa America, before another campaign starts again soon after, common sense must prevail – and soon.