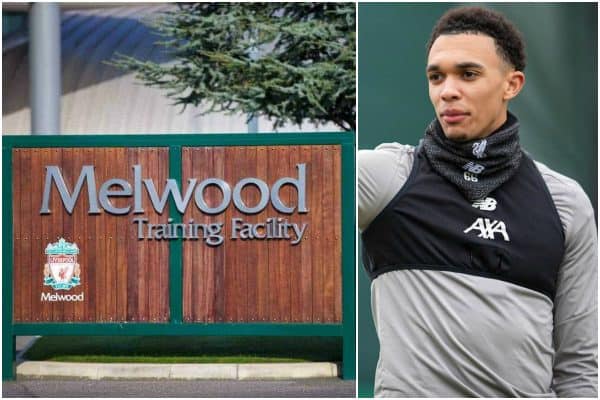 Liverpool are preparing for a move to a state-of-the-art new training complex next week, but for one of Liverpool’s stars Melwood has always been a source of inspiration.

The Reds have invested around £50 million into the Kirkby Academy site to upgrade it into a stellar training campus for the first team as well, with Jurgen Klopp‘s squad set to head there for the first time over the international break.

That makes this week, and the preparations for games against Atalanta and Man City, the final training sessions which will be held at Melwood, which has been the Reds’ home away from home for 70 years.

And for our No. 66, watching first-team players head past his house and into the iconic training ground served as the inspiration for Trent Alexander-Arnold‘s rise from local hopeful to title-winning right-back.

“Anfield was special to be able to go and experience the atmopshere, but for me growing up Melwood was where I always wanted to get to because it was the day-to-day basis,” he told reporters.

“I’d see the cars going past mine on Queens Drive and going into Melwood – that’s where I wanted to be and get there, so that was my motivation more than Anfield itself.”

Alexander-Arnold, who is closing in on 150 appearances for the Reds at first-team level, explained that he knew from early on it would be the ability to improve and impress every day which would get him the chance to play regularly, rather than focusing on being a senior at Anfield already.

He made the move from the Academy to Melwood on a regular basis in 2017 and even then spoke about how the place was fixed in his mind as where he was aiming for.

That hasn’t changed, as he spoke on Monday in nostalgic terms ahead of the Reds’ move away from Melwood.

“If I could get to Melwood it would give me an amazing chance and I always had that vision of what it would be like inside, who would be in there, what would that staff be like that would just motivate [players] so much.

“It was an amazing place for me growing up.”

The Reds will head to the AXA Training Centre soon and the hope there is that, along with the facilities upgrades, being in close proximity to the first-team stars will inspire an entirely new generation of young players to make the same steps Trent has.