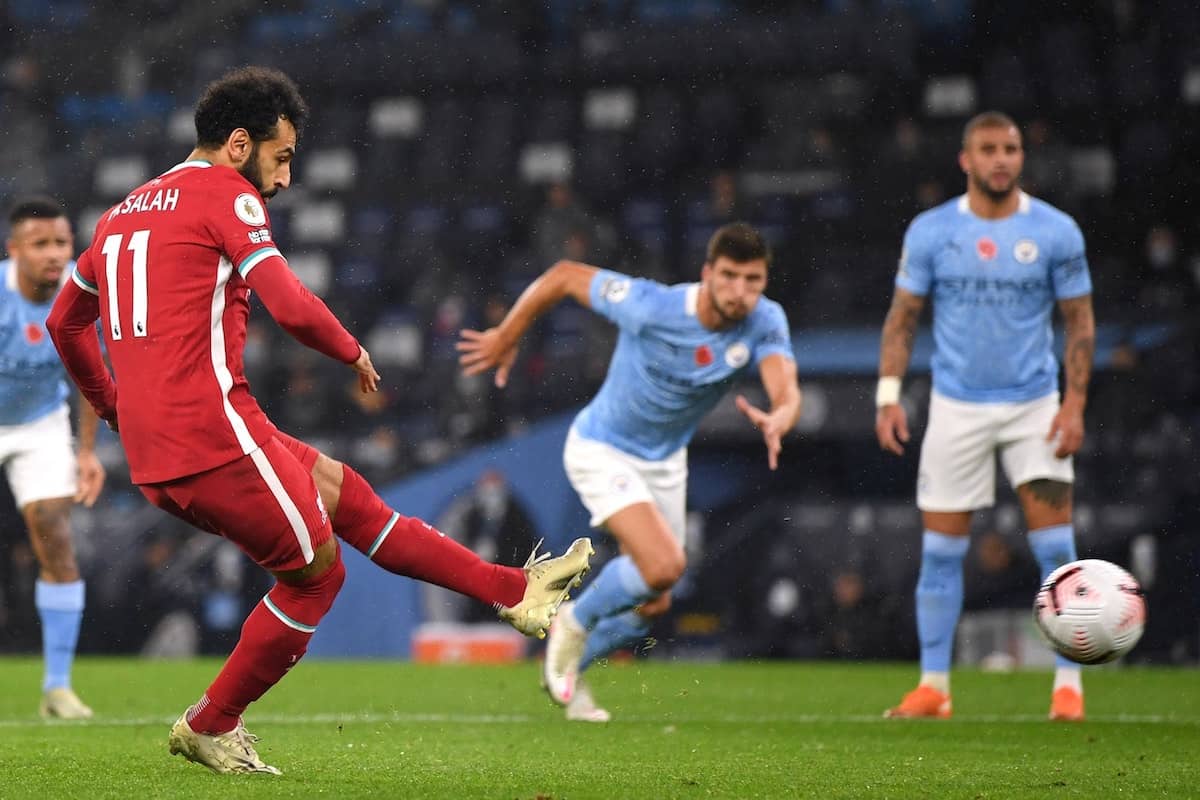 It was a topsy-turvy night at the Etihad Stadium as Mohamed Salah‘s penalty was Liverpool’s only goal in a 1-1 draw with Man City on Sunday evening.

Jurgen Klopp opted for all-out attack against Pep Guardiola’s side having opted for the ‘fab-four’ in the starting XI after days of debate over Roberto Firmino‘s place in the side.

And it paid dividends in the early stages as the Reds proved to be a constant thorn in Man City‘s side as the forwards turned their defenders inside out.

Sadio Mane was the focal point for Liverpool on the left as he had Kyle Walker’s number, and his burst of pace into the box led to the opening goal after the England defender bundled him over.

Mohamed Salah would step up to the plate to emphatically edge his side into the lead with his 10th goal of the season across all competitions.

The tide would turn midway through the term as City capitalised on a rare lapse in Liverpool’s set-up as Kevin De Bruyne was given the time and space to feed Gabriel Jesus, who levelled the scores.

Another headshaking decision stemming from the handball laws then saw Joe Gomez punished upon review of VAR, only for De Bruyne to send his shot wide of the upright.

But while it was a breathless first half, the second proved to be the complete opposite as Liverpool dropped deeper and sloppiness crept into their play as fatigue started to creep in.

It meant there was little to shout about for either side as both looked content to settle for a draw.

The result sees the Reds head into the November international break with 17 points to their name, with their next opponent in Leicester sitting top with 18.