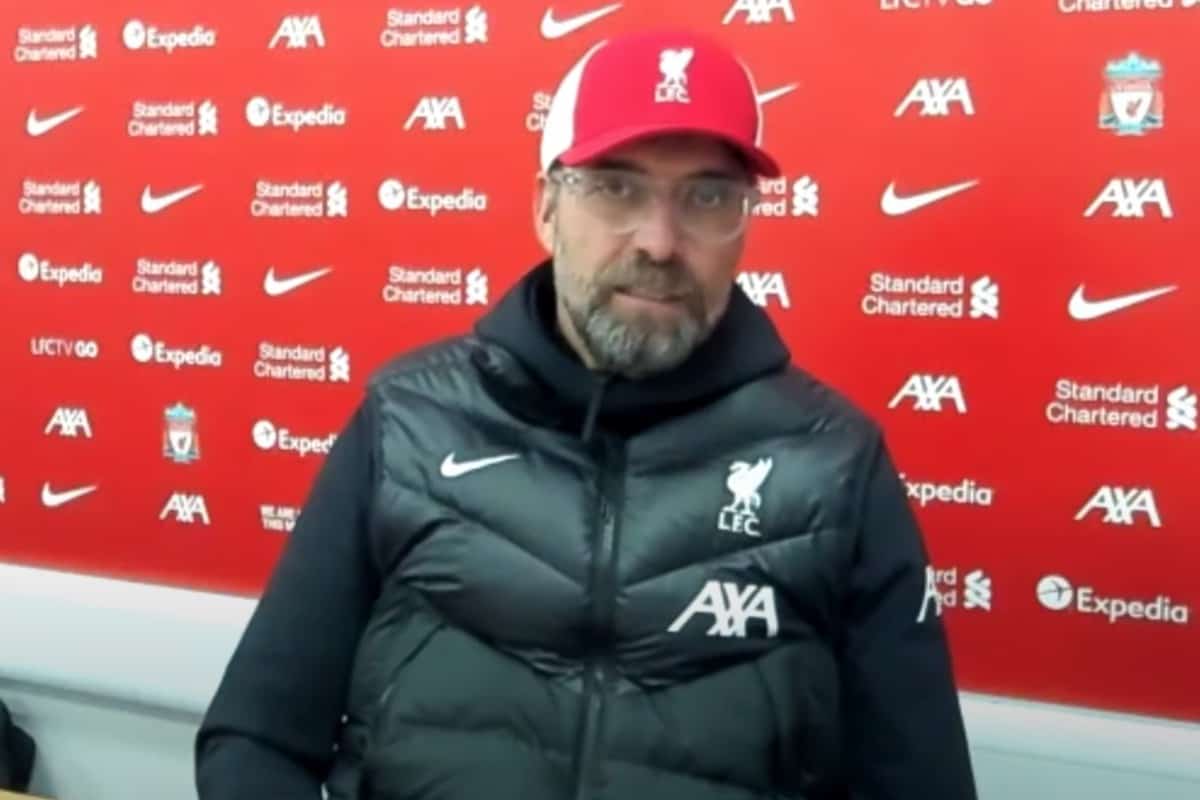 Jurgen Klopp was thrilled with his side’s “really good” performance as they put their foot on Leicester‘s throat to secure a 3-0 win in the Premier League.

The Reds came into the clash under a number of injury clouds to lead many to question if Anfield’s unbeaten streak would come to an end at the hands of Brendan Rodgers’ Leicester.

But as the champions have proved in recent years, they are to never be discounted regardless of who takes to the field in the starting XI and who doesn’t.

And while imaginations ran wild as to how Jamie Vardy could wreak havoc on Liverpool’s defence, it proved moot as the Reds held strong to keep their second league clean sheet this season.

With goals from Diogo Jota, Roberto Firmino and an own goal from Jonny Evans, the Reds secured their sixth win of the campaign to join Tottenham at the top of the table with a performance which delighted the manager.

“The game was really good, we had to play really good otherwise we would have no chance against Leicester and the boys did it from the first second,” Klopp told reporters post-match.

“We really enjoy playing here [at Anfield]. Everything feels like home even when the people are not here, which is absolutely bollocks, bullshit, whatever the right word is.

“Very [pleased]! He has a new record now as well, the closest to a goal with goalline technology! Congratulations to him on that,” Klopp added on Firmino.

While there was concern over Naby Keita who picked up a hamstring injury, the boss did confirm that Mohamed Salah has returned a negative COVID-19 test which will enable him to return to training on Monday, where a role in midweek is possible.

The result on Sunday extended Liverpool’s astonishing unbeaten league run at Anfield to 64, surpassing the record set by Bob Paisley’s side over 29 years ago.

But attention will now swiftly turn to the Champions League with Atalanta on Wednesday, where a win would all but secure a place in the last 16.