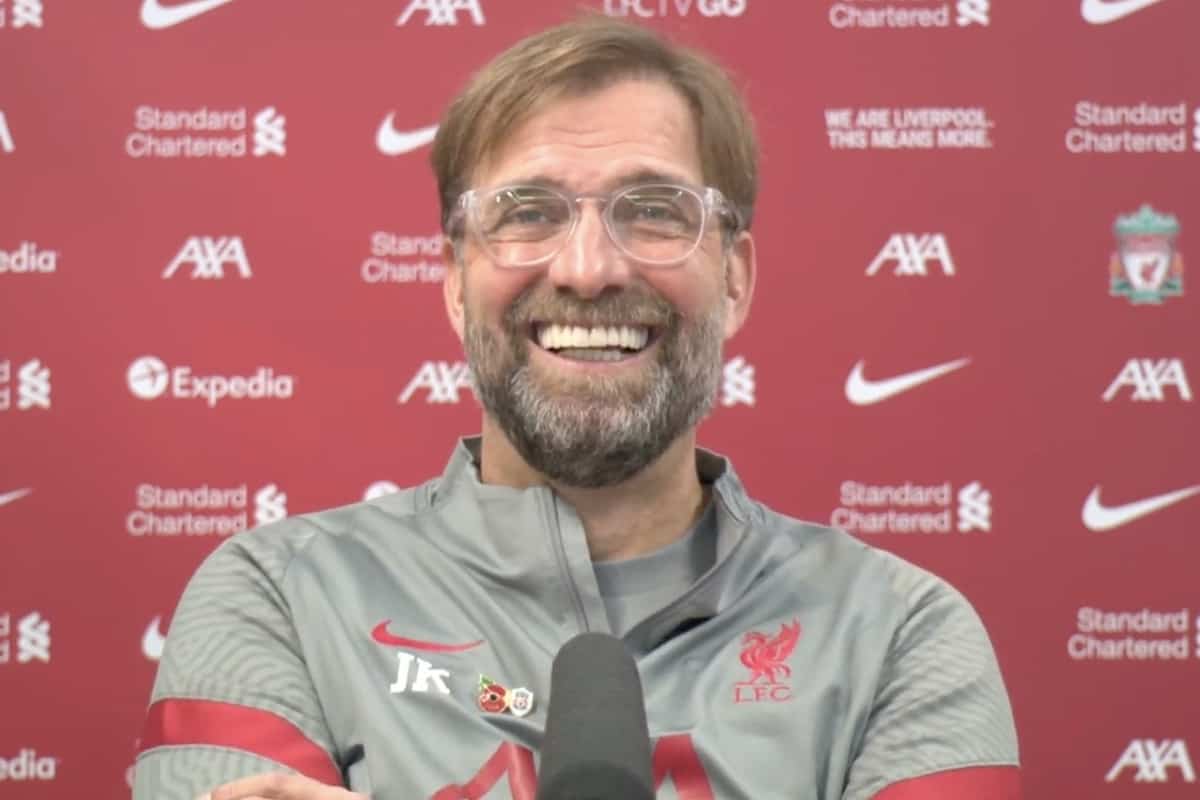 Jurgen Klopp looked ahead to a “really tough task” for Liverpool away to Man City on Sunday, but insisted that the situation cannot be compared to previous meetings.

The Reds head to the Etihad this weekend sitting top of the Premier League and five points clear of City, albeit with Pep Guardiola’s side having a game in hand.

Despite their injury problems, it has been an exceptional start to the campaign for the champions, and victory in Manchester would put them in a strong position as they look seal back-to-back titles.

It is far too early to paint this tie as a ‘decider’, but the manager looked ahead to a “very difficult game” in which “everything is different.”

“It’s a very, very difficult game – hopefully for both teams, because both teams will perform on a high level,” he said.

“Everthing is different and we just have to make sure that we get through very intense periods, line up the fittest players and play the best football that we can.

“In this case, it is against Man City, which is obviously one of the most difficult games to play in the world. That’s it pretty much.

“I enjoy these kinds of games, I enjoy the preparation for the games, but it doesn’t make it easier. It’s just a really tough task.” 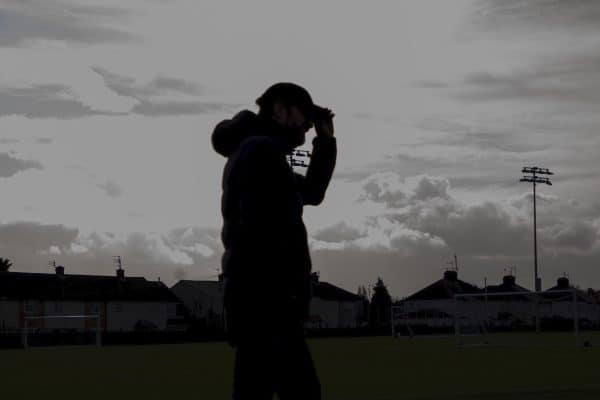 Klopp ruled the injured Thiago out for the trip to the Etihad, while Virgil van Dijk, Fabinho and Alex Oxlade-Chamberlain remain on the sidelines too, but Joel Matip and Naby Keita could return to the starting lineup.

Speaking to journalists over Zoom, the manager reflected on his final press conference at Melwood – with Liverpool due to move to their new training facility in Kirkby during the international break.

He also discussed the step Joe Gomez has taken to assume responsibility in the absence of Van Dijk, and praised Roberto Firmino amid questions over his form and importance.

Firmino is likely to start on Sunday, having done so in all 14 of Klopp’s meetings with City since taking over in 2015, and the hope is he is back to his best as Liverpool look to take a big advantage before another interval.