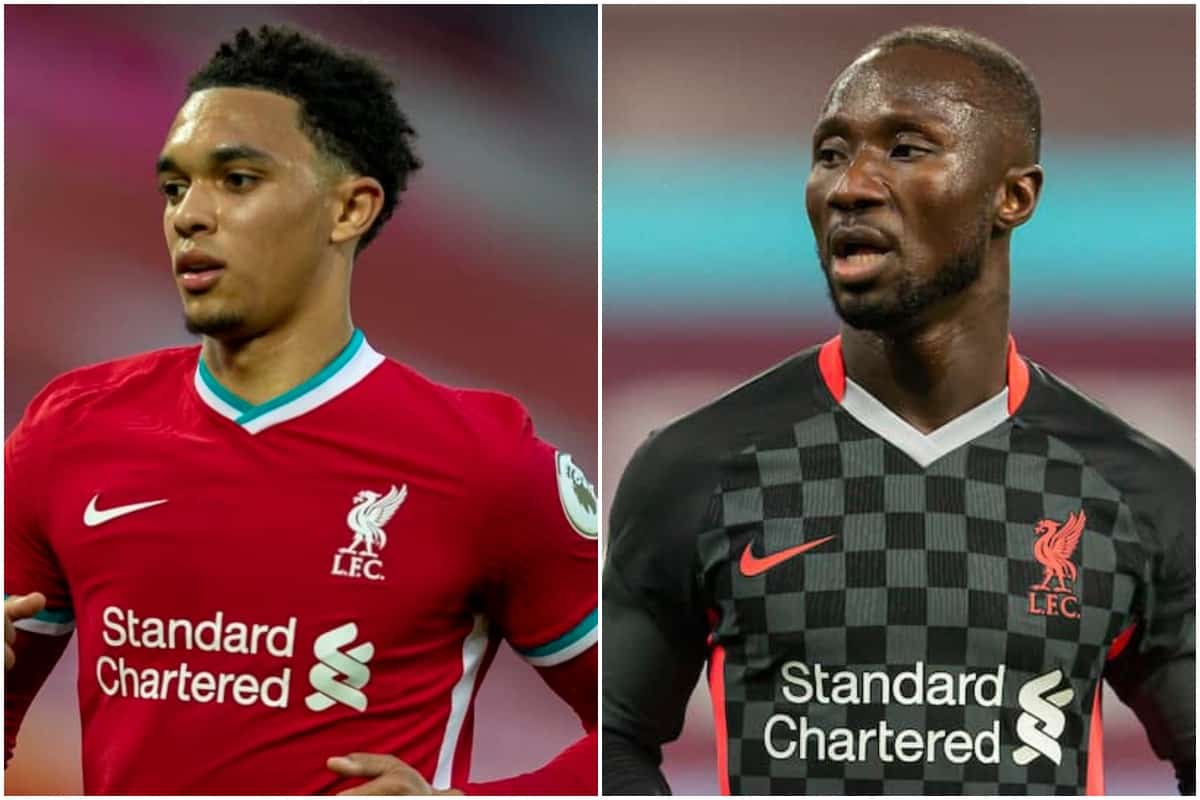 Liverpool’s matchday squad should be boosted by the return of two seniors at the weekend, but Jurgen Klopp is still waiting to see if any new faces miss out.

The Reds’ relentless schedule naturally means there will be kicks and complaints from time to time, but even just short-term knocks will see players miss a game or two because the fixtures come so close together – hence Alisson is likely to sit out a second successive match even though he only needs a week or so to recover.

Speaking in his pre-Wolves press conference, the boss said a few unspecified players haven’t done any training at all since the Tuesday night game, instead being in recovery, and he’s still yet to know for sure if they’ll be available against the Midlands club.

But there’s better news for the stripped-away defence and midfield, with Klopp confirming that Trent Alexander-Arnold and Naby Keita are both likely to make their returns to the 18.

“Trent and Naby will do the first steps in team training today, whatever we can do [with them] depends on how it looks,” he said.

While both are back into team training, which should give them two sessions with the side ahead of kick-off on Sunday evening, there’s of course no guarantee that either will be thrown straight in from kick-off.

Neco Williams delivered an improved showing in midweek and Curtis Jones has been excellent, while the indefatigable Gini Wijnaldum seems to barely need a break.

Klopp could therefore opt to boost his bench options rather than alter the line-up with that duo, while he also noted that Alex Oxlade-Chamberlain should be available for selection at some stage in the coming weeks.

“Apart from Naby and Trent nobody is coming back now.

“Ox looks really promising, he’s doing warm-up with the teams and some ball work but we’ll develop that over the next few days and weeks and we’ll see from which moment on it makes sense to throw him in. He’s not too far away.

The Reds remain without James Milner and Thiago Alcantara in midfield, as well as the long-term defensive duo out from centre-back. Alisson and Xherdan Shaqiri are the other expected absentees.