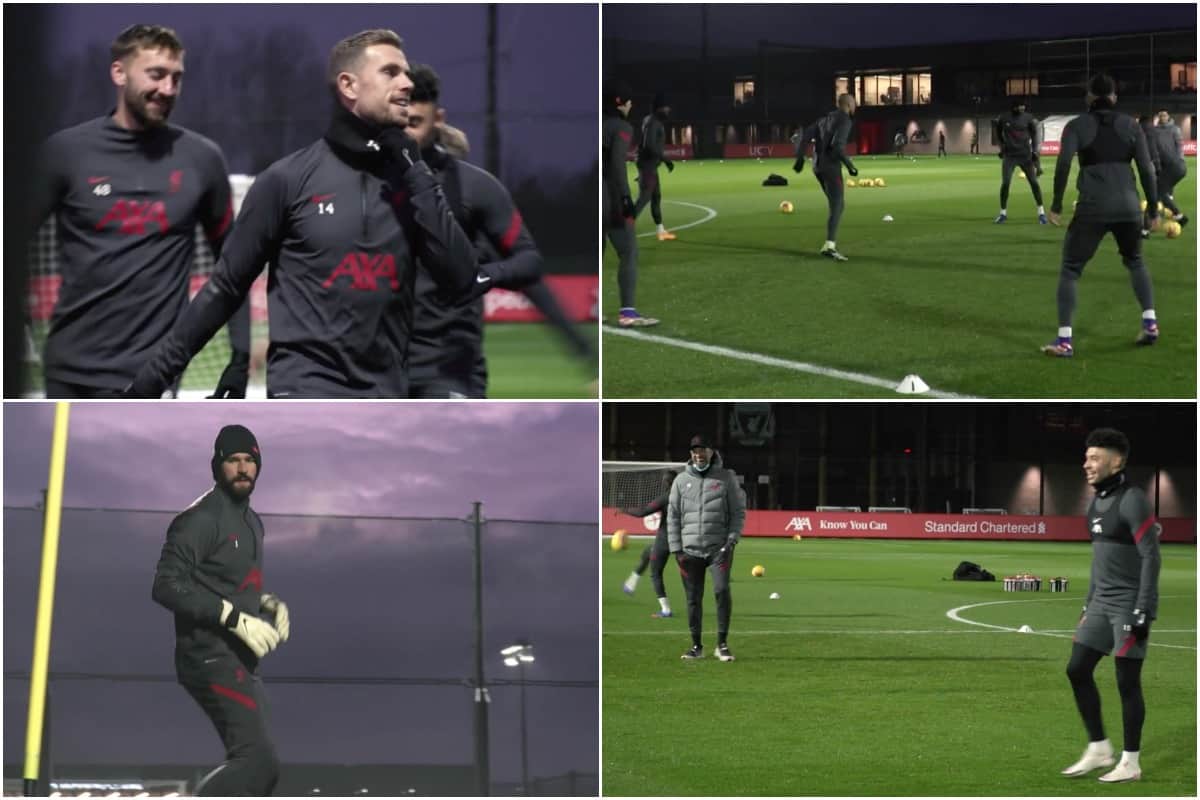 Alisson has provided a welcome bit of good news as he made a successful return to full training on Friday as the Reds battle with “some niggles” after a physical midweek contest.

As the Reds turned their attention to the trip to Fulham on Sunday, Jurgen Klopp revealed that he was all but ready to welcome back his No. 1, should he come through training unscathed.

“Ali will train and if he trains all fine then he can play,” he said.

And the Brazilian was a welcome sight at Kirkby on Friday evening as the Reds were put through their paces, with the ‘keeper showing no ill signs of a hamstring injury which saw him miss the games against Ajax, Midtjylland and Wolves.

His deputy Caoimhin Kelleher was more than up to the task in his absence but will now be expected to occupy a spot in the bench ahead of Adrian.

Meanwhile, the return of Alex Oxlade-Chamberlain is drawing ever closer as Klopp expects to use the 27-year-old “as soon as possible” in light of other injuries throughout the squad – his last appearance was against Newcastle in the final game of the 2019/20 season.

Whether Fulham is too soon remains to be seen but after being besieged by injury in recent years it’s a major boost for him personally and for the Reds in a season like no other.

It’s not all good news for the Reds, however, after Klopp’s side picked up a “knock” or two against Midtjylland, meaning Kostas Tsimikas was not present on Friday.

And Diogo Jota is one who many will be crossing their fingers for after he sustained a knee injury which Liverpool have been forced to wait on the severity of until it settles in yet another blow.

Naby Keita, Trent Alexander-Arnold and Andy Robertson were not pictured with the main group but could have been taking part in individual programmes with the former pair having just returned from injury while the Scot has played the most minutes of any Red this season.

Leighton Clarkson and Billy Koumetio, fresh off their Champions League debuts, were called upon by Klopp alongside fellow youngster Jake Cain, with Vitezslav Jaros training with John Achterberg and co.

And Koumetio was not shy in throwing his weight around in a rondo, much to the amusement of his teammates and coaches.

It’s a three-day turnaround for Liverpool on both sides of the trip to Fulham amid the festive schedule, meaning another taxing week is in store. 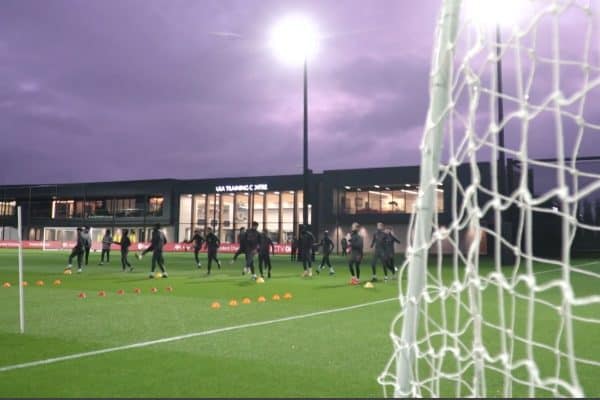